For me 2012 was the year that passed at warp speed.  Every time I looked at the calendar another month seemed to have passed by! 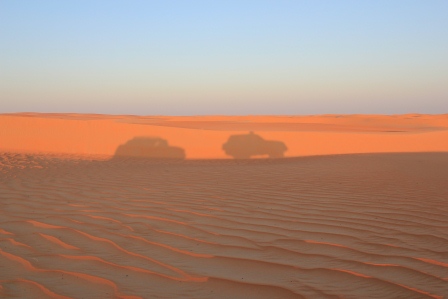 Having officially become “empty nesters” after Cameron’s return to Scotland to live with his Groovy Gran, we took advantage of our new found freedom to do some long distance driving.  Top moment in January for me was a trip to Liwa.We even got up early one morning to take some sunrise shots!
February: 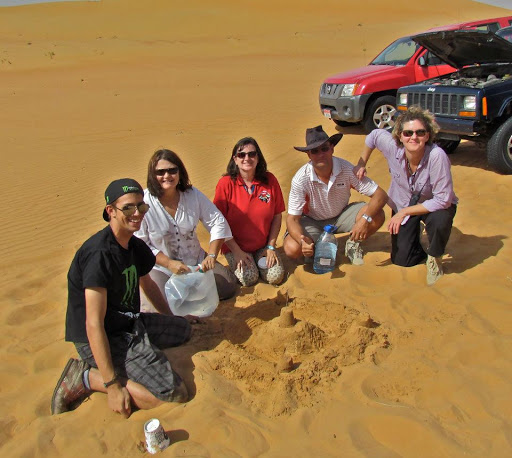 Another busy month with lots of offroad driving, the highlight for me however was a UAEoffroaders trip organised by JC.  We had to travel from point to point, picking up tokens, and at some stops had to take part in challenges, such as building sandcastles.  This trip was brilliant because it was offroading with a purpose; over the last year I’ve fallen out of love with dune bashing just for the sake of it, these days I want to aim for a goal, such as teaching beginners some technical driving skills, or to have the convoy reach a destination or to drive a set number of kms in a day. Saw us driving in Liwa again since we were desperate to get as many trips in before the
“season” ended in mid-April.  You can’t drive in Liwa in the summer, can you? 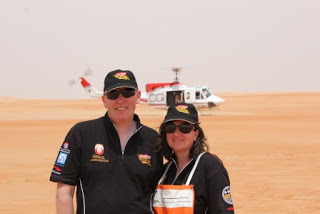 No competition for best week of April!  This month sees the Abu Dhabi Desert Challenge come to Liwa.  Neil, Vince, Wallie, Raynie and I were lucky enough to be Marshals at this event. Stuck out in the desert for a week, unpaid for your labours, rough camping in the desert or the bivouac and scorching sun – I had a BLAST, can’t wait til this year’s one! 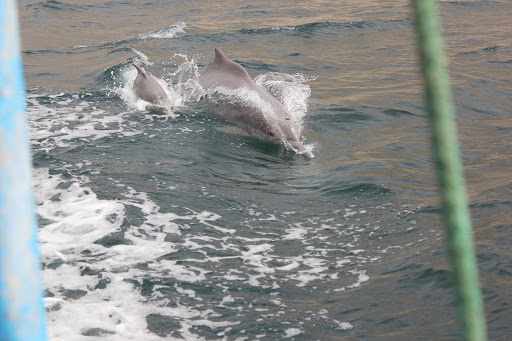 Cameron came back for a holiday!  We dragged him up to Khasab, Oman, as well as down to Liwa.   Highlight of the trip was seeing the dolphins on the dhow trip – although we have seen them five times before, there is something very magical about seeing these majestic animals in the wild. Cameron was still with me when Neil returned to Das Island, and on his last day in the UAE a friend invited us out on a sailing trip. A new experience for both Cam and I, we had a brilliant afternoon and seeing the Dubai skyline from a different vantage point was amazing! 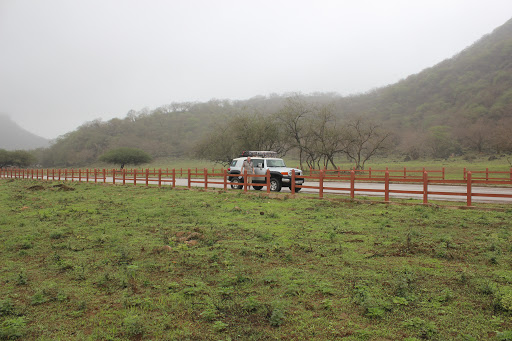 Our first – but hopefully not our last – visit to Salalah in the Kareef.  17 degrees north of the equator, 7 degrees south of Al Ain, and only 21-29C in the middle of summer!  Thousands of GCC citizens flock here between June and September, and we urge every expat to come here at least once!  We had rain on a few days, and the heavy monsoon rains started the day we left.  This was also the month I started seriously blogging!

A trip to Liwa with two cars at any time of the year can be considered slightly dangerous; we went in the hottest month, which was also the holy month of Ramadan this year, although we tried to minimise the risks as much as we could.  We had the most amazing time, and being Ramadan, we had the desert all to ourselves.  It had even rained so we had wet sand to drive on in some areas! We had another foray into Oman, on a three centre, nine day break which spanned September and October.  My favourite part was Masairah Island, it was relaxing but plenty to see and do, and we had the place pretty much to ourselves. Found me in Liwa again – running a special trip with some friends.  It was the Liwa Virgins and Veterans trip, and we had a blast.   Two days, 200kms of offroad driving, one night camping, one night hotel. 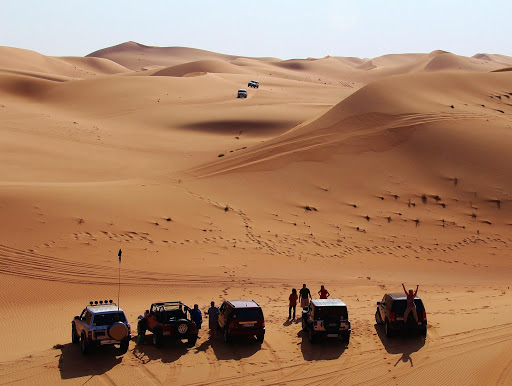 The highlight has to be founding  Oasis Offroadwith my marshal colleagues Neil, Vince and Wallie.  We liked our old club and the people in it, but wanted to do something a bit different with more tuition for newer drivers and the focus on driving in the Al Ain area.  I also hoped to find some potential overlanding addicts to come with me on longer, destination based trips – I’m pleased to say I’ve got lots of sign ups for my first such trip next weekend!

I couldn’t believe the last month of the year came round so quickly.  My favourite day was our trip to Sur.  There’s plenty of pictures of the boatyard on my other blogs so for this month’s photo I choose the visit to the dam.  Such a beautiful place and so quiet – on a weekday anyway!