Wild Arabia is a fascinating documentary which has been recently screened by the BBC.   Many of the creatures featured are ones we see when we are offroading or exploring; here’s the Bruce version of “Wild Arabia”.  All photos are my own.

The jerboa – unusual to see one out of it’s burrow in the daylight.  This strange creature which looks like a cross between a gerbil and a kangaroo can cover long distances relative to its size due to its huge hind legs.

The much-feared camel spider – it’s not deadly as you might think!  They can run very fast, and don’t like light – so if you see one running towards you and you are wearing boots or trainers, don’t run away, all it wants is shade from the sun/light.  You run, it runs. Great entertainment for your friends who know that they are not poisonous and you are in no danger!

I never wander around on sand or rocks with bare feet and here’s the reason why – Scorpions come in all different varieties but they are never good news! The one below has small pincers and a big sting which suggests that tail holds a lot of venom!  You can find them in the sand too often under your tent!

Thesiger travelled to Arabia in the 1940s as part of a project to study the centres of locust outbreak centres.  I’ve seen one or two, but always on their own, never in company.

Foxes are a common sight in the UAE deserts as well as the Omani mountains.  We snapped this Arabian red fox just outside Khasab in Mussandam one evening.  Foxes burrow holes into sand dunes where stratification is visible, and

Ghekos and  lizards can be found in all manner of places here – in your villa, your garden, amongst rocks and often in the desert – though it’s unusual to get one to pose for you like this!

Not really wildlife as such every camel you encounter belongs to someone – but if they are good enough to include in the BBC series I’ll add in a favourite shot or two of my own.

Similarly the falcon is now bred and coveted by man, some are worth more than cars!  We are often fortunate to see locals out exercising their falcons when we drive near the airport a couple of hours before sunset.

Like the camel, all goats belong to someone.  A common sight in the mountainous areas of the UAE and all over Oman, these are bred for their meat which is a common delicacy at weddings and other local celebrations.

Previously domesticated, the humble donkey has become feral having become superceded as family load carrier by the toyota landcruiser pickup. 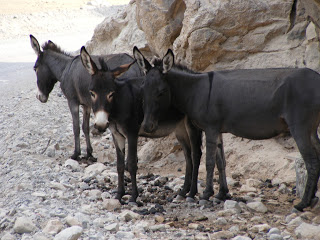 The Arabian oryx – often seen near the plantation area about 30-50kms north of Himeem.  Part of an ambitious project to create a wildlife friendly area to promote the growth of the Oryx and Gazelle population and it seems to have been quite successful. 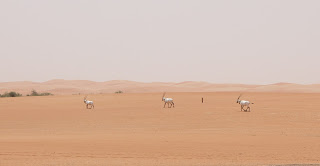 Gazelle are very important in the UAE; our capital Abu Dhabi literally means “father of the deer”.  Along with the oryx they were hunted almost to extinction in the middle of last century. 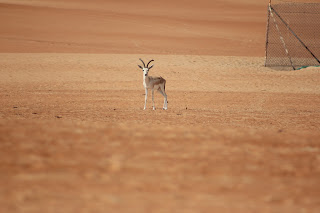 Dragonfly are one of the insects we commonly see whether we are out in the desert or on the beach. 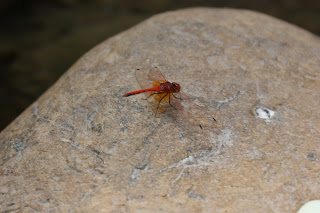 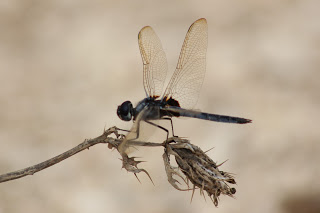 The coastline of Oman between Sur and Misairah Island is a popular nesting spot for turtles.  Hawksbill, Olive Ridley, Loggerhead and Green turtles swim vast distances to come and lay their eggs here under cover of darkness.  Once the eggs have been laid and the next covered with sand mother turtle then heads out to sea leaving their babies to hatch and swim to the sea in exactly two months time. 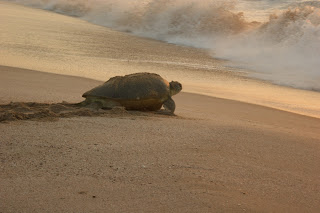 Ghost crabs are often found around turtle nesting sites as they can get a fine meal from stolen eggs.  Fascinating to watch in the moonlight, these fast moving shellfish will come up very close to you if you stay still. 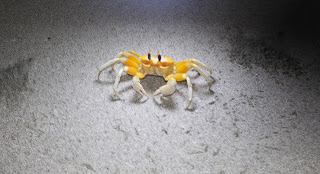 We’ve been out on a dhow trip from Khasab a number of times and on each occasion we’ve been lucky enough to spot some humpback dolphins as they ride the boat’s bow wave. 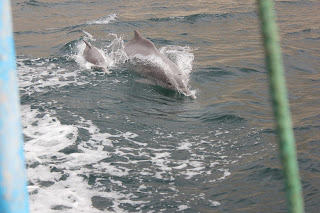 The UAE and Oman still have some unspoilt mangroves and these are a haven for birds and wildlife.  My own favourite, the flamingo can usually be found in Khor Kalba, on the border of the UAE and Oman and in Sur, Al Sharqiyah.  If you are in Dubai you can see huge flocks of the greater flamingo at Ras Al Khor. 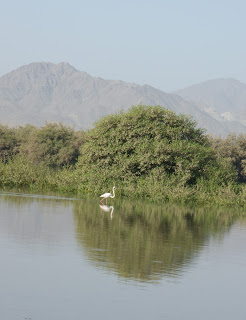 If you take the jebel hafeet road in Al Ain up to the top of the mountain you can often be rewarded with the sight of Egyptian vultures as they soar on the thermals to the east of the mountain.  We snapped the beauty in the photo below on our trip to Masairah Island last year. 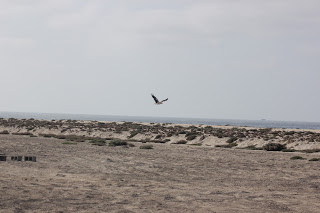 and my favourite wildlife picture so far… 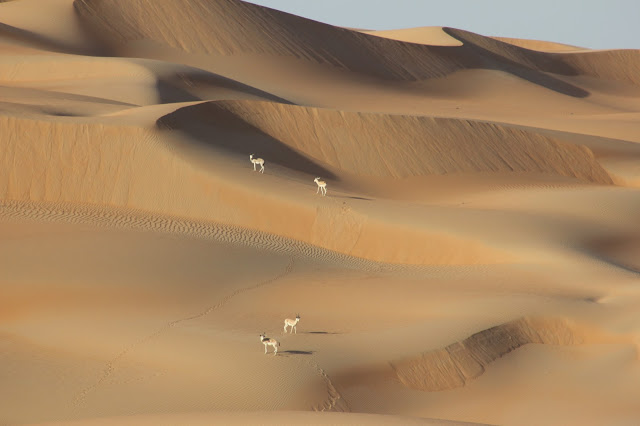 How lucky we are to be able to see such amazing animals in their natural habitat!