After leaving Jabal Akhdar, we retraced our steps towards Bahla, and after a snack lunch headed back up into the mountains – destination Jabal Shams (Sunny Mountain).  Conversely, it was raining on the way there, incredibly heavily, and this caused the mercury drop from 38C to 23C in only a matter of minutes.  The rain was patchy and had cleared up by the time we reached the foothills of the mountain range. 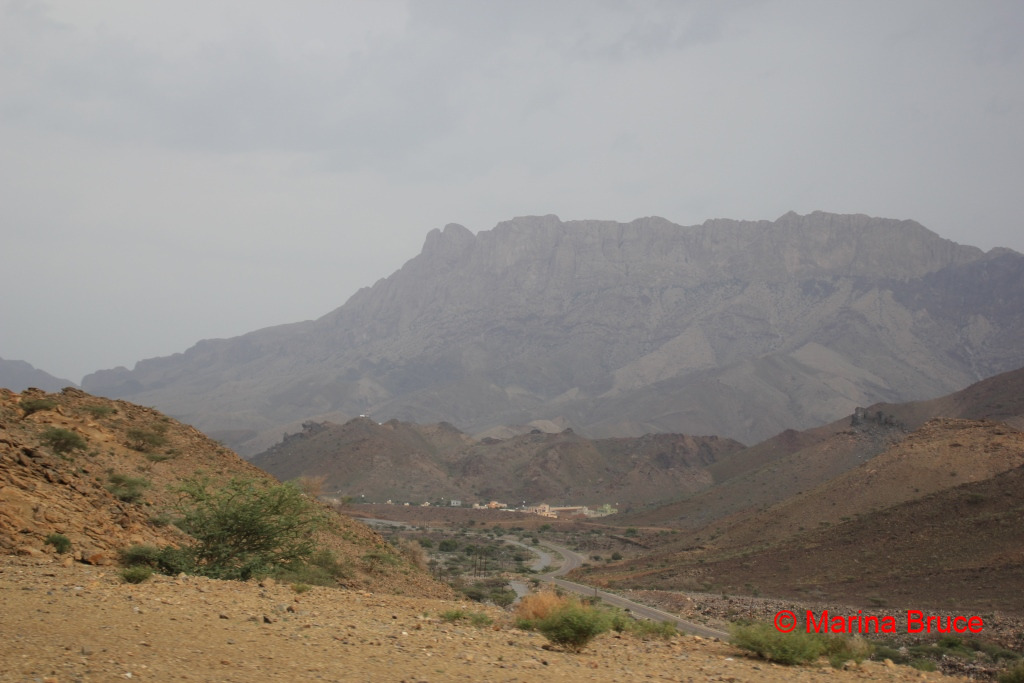 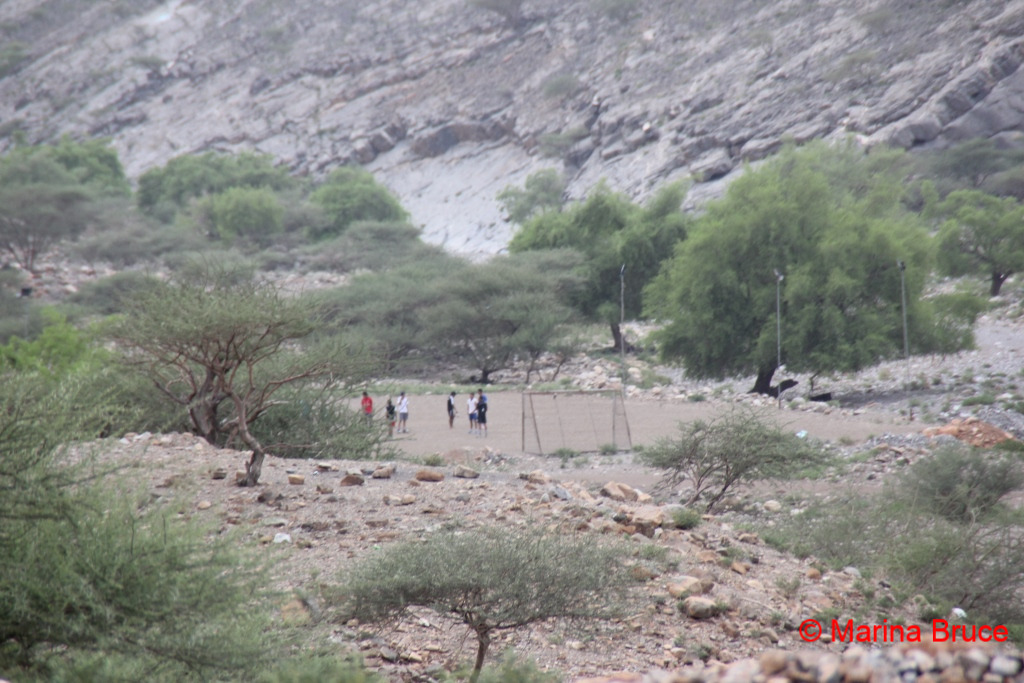 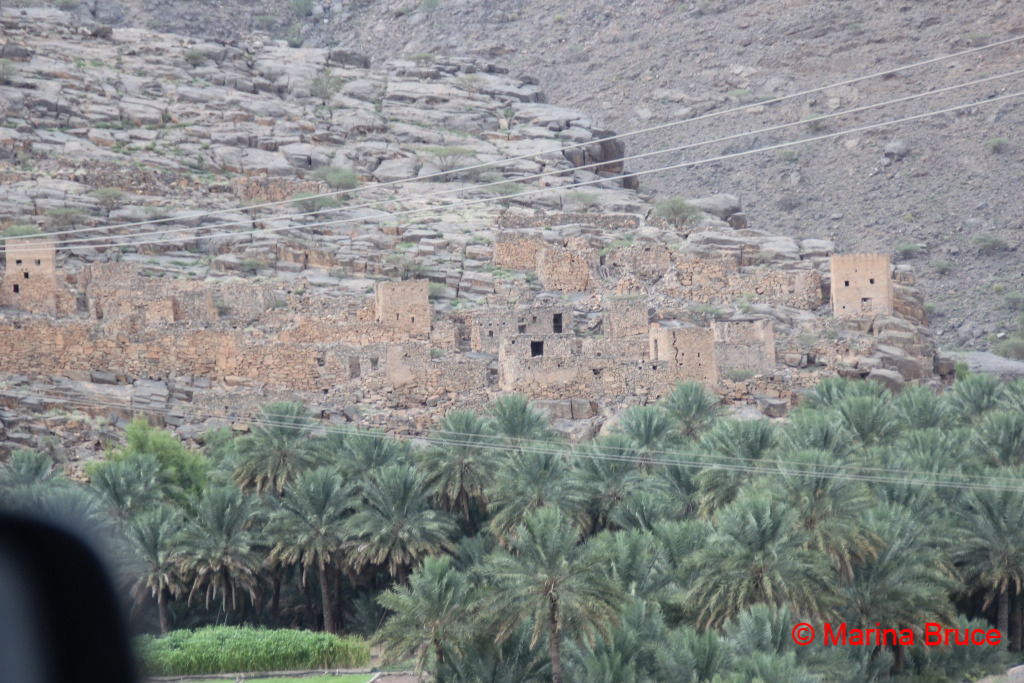 But I guess this shop has a prime trading position, though despite their signboard I don’t expect them to be selling diamonds and caviar. 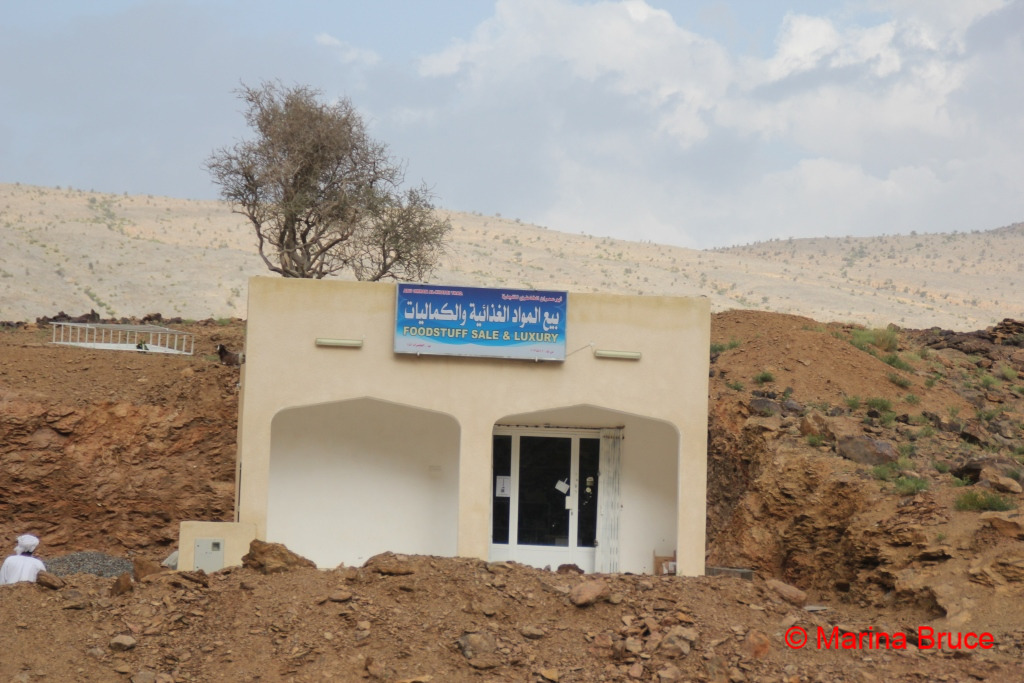 We road kept winding higher and higher, and at the scary bits I concentrated on taking some good photos, rather than the long drop-offs to the side of the road. 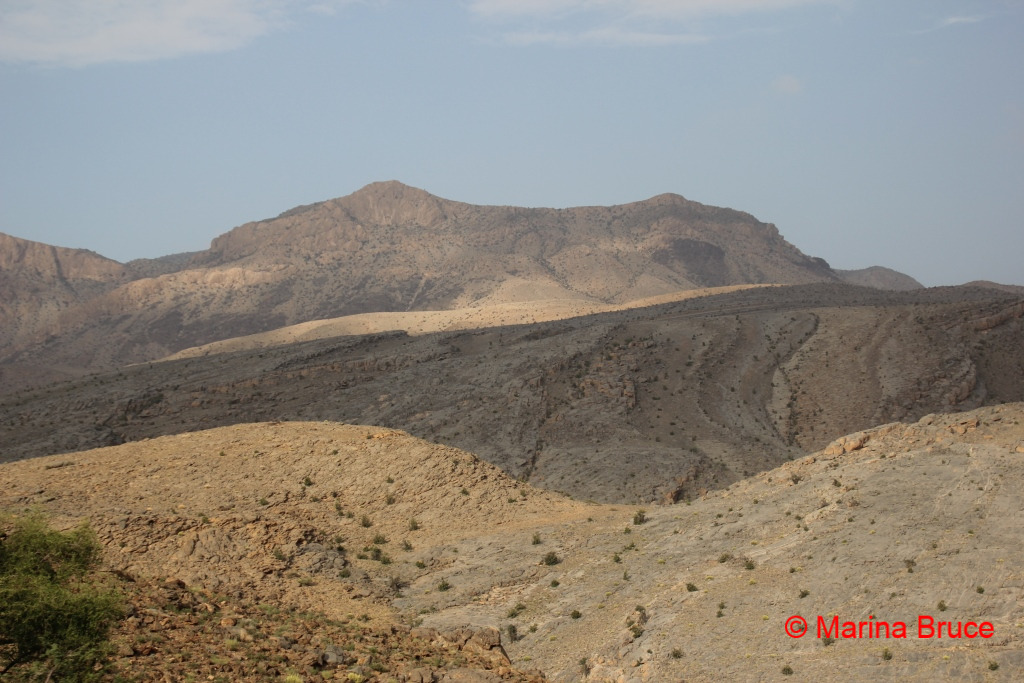 My friend Mehran who put the trip together promised me ashphalt roads and crash barriers “all the way”….. well apart from this bit! 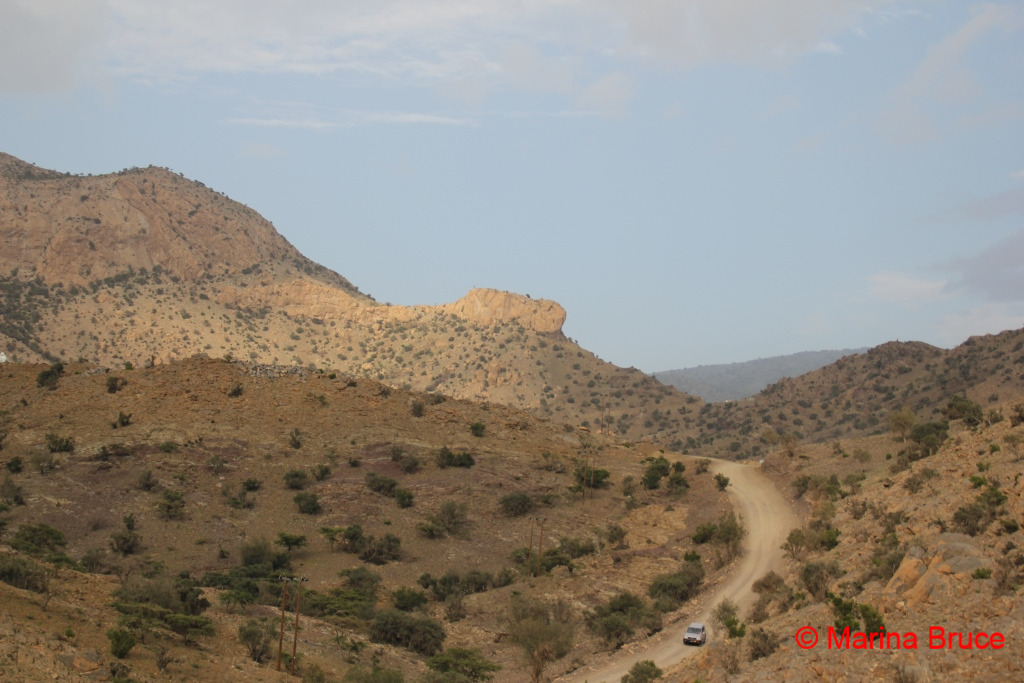 Finally we made it to the top – according to google earth, it’s 800 metres to the bottom of this canyon!  Thank goodness for a safety fence at the top. 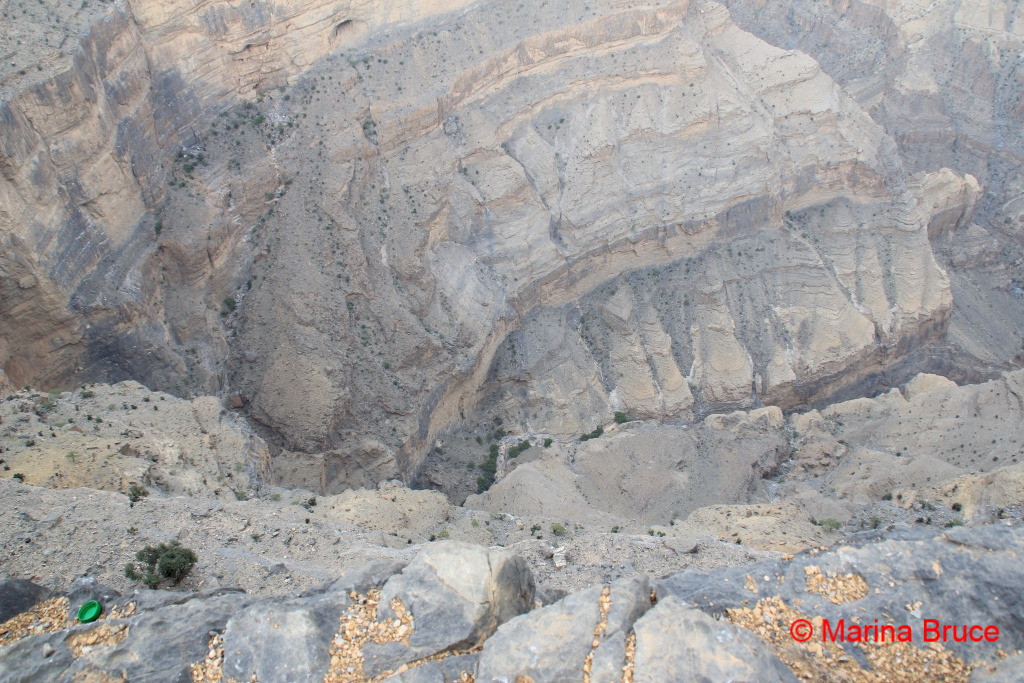 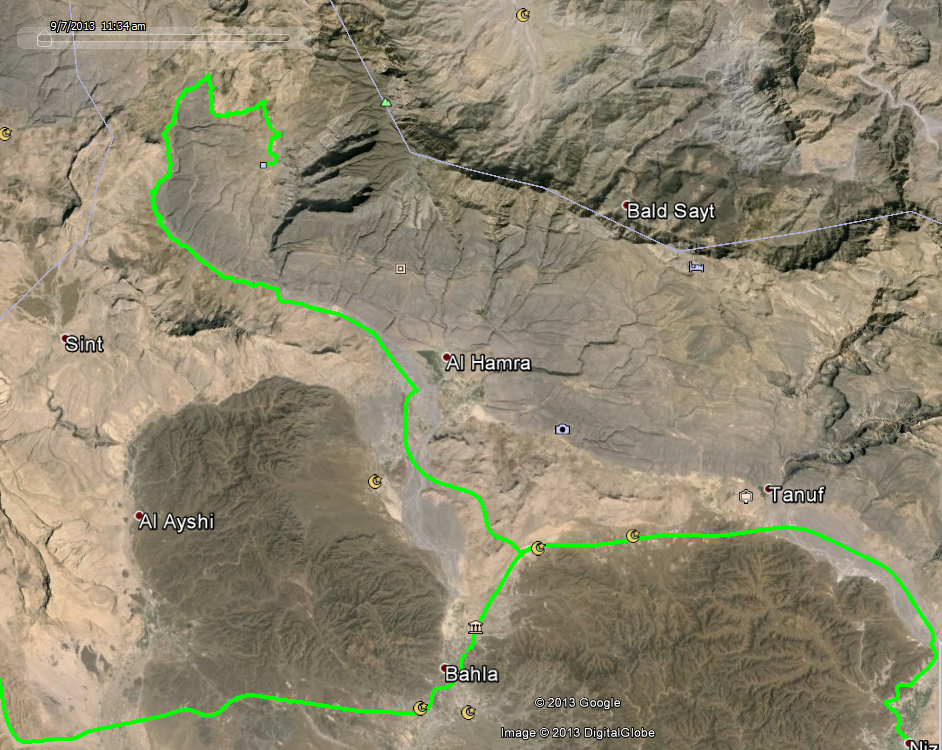 We didnt’ see too much wildlife, perhaps those camping will see some more – does an abandoned donkey count? 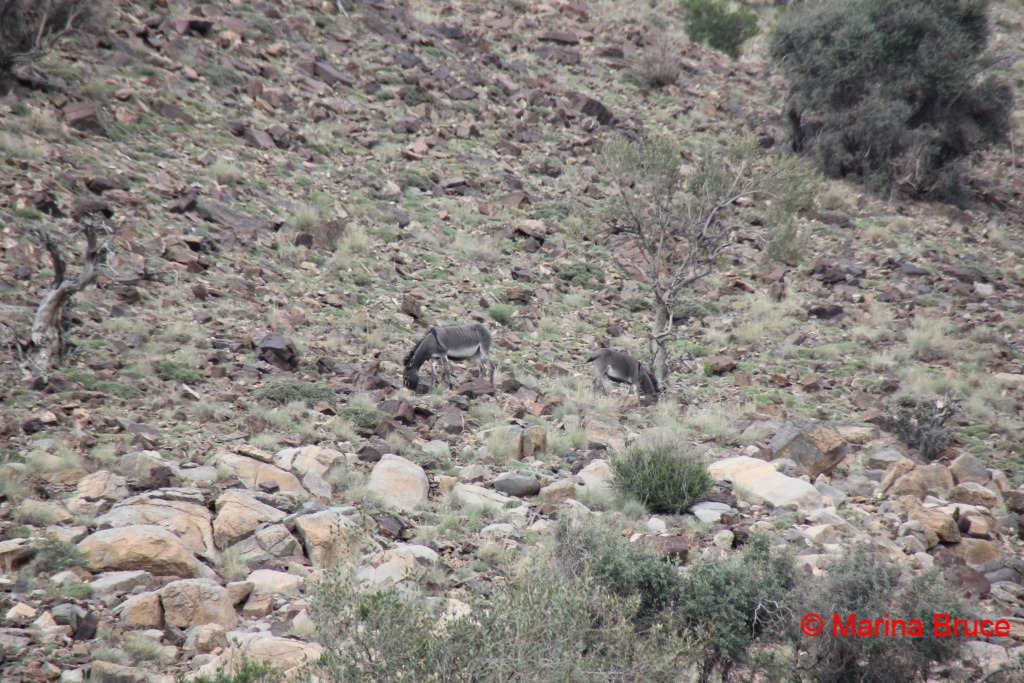 The trip was completed in a lovely Nissan Patrol V8, which was very suited to the terrain.  With a 5.7litre engine it took the steep climbs in its stride, and the smooth suspension and high level of luxury were appreciated by driver and passengers alike. 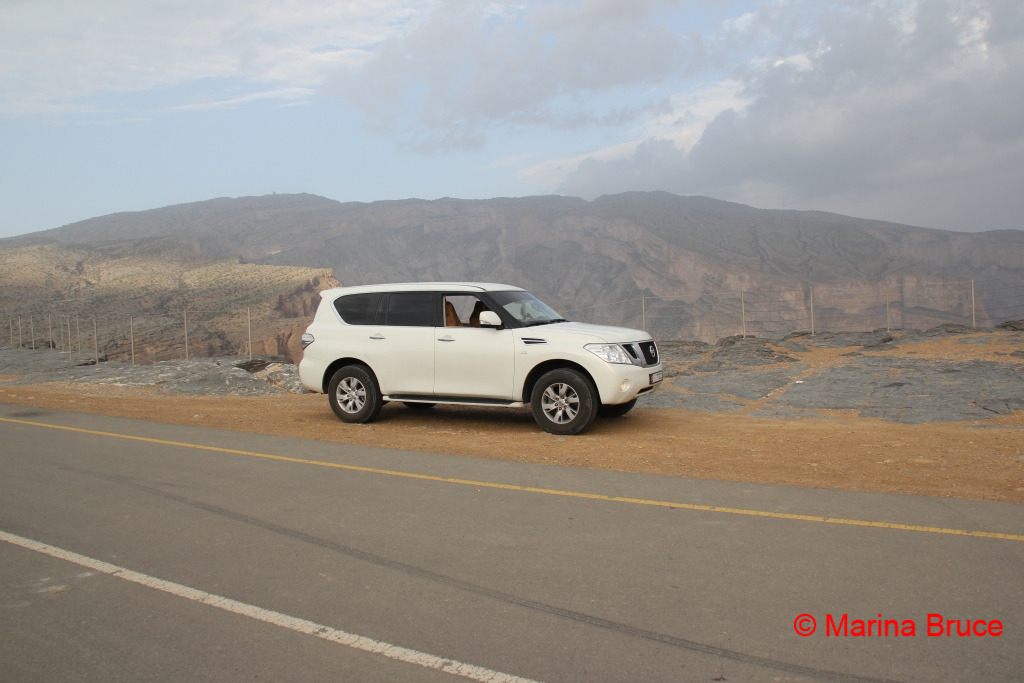 Having rained on the way there, we continued to see signs of rain all around but none fell on us while we were at the top of the hill 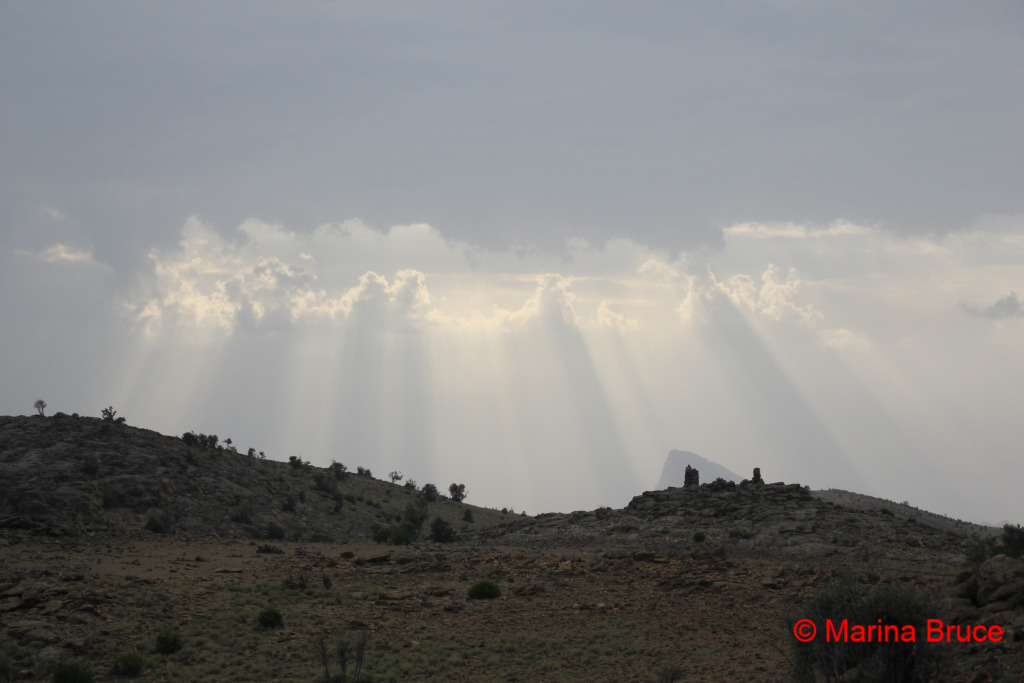 Once we came out of the mountains we had to cross a small, shallow wadi – guess it will be carwashes all around today! 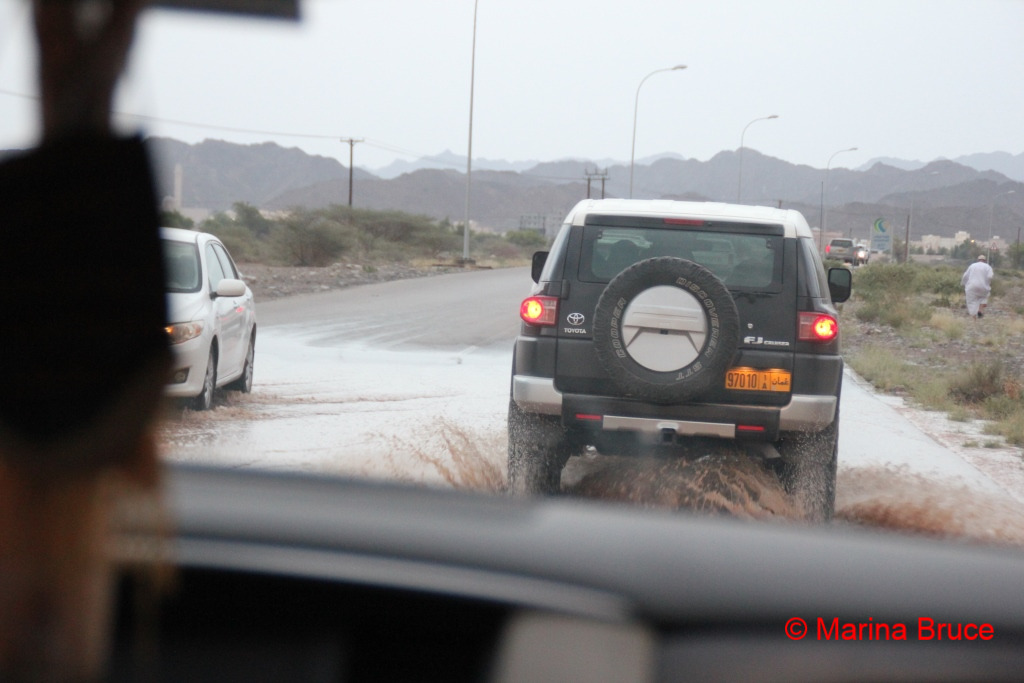 We covered Jabal Akhdar and Jabal Shams in one day, but it would be much better to stay for two or three days and have more time to explore the area thoroughly.  Camping is possible year-round at both summits, plenty of spaces and will be cool in the summer, and downright cold in the winter – so do take enough blankets to keep you warm if you’re camping between October and May!