I’ve been in Liwa again!  Some friends accompanied me on a most eventful scouting mission through the sands from Madinat Zayed to Khannour, and once we all went our separate ways on Saturday, I headed west to look for some specific gatch tracks.  I won’t bore you with the details of the driving – nothing very exciting – but I would like to share some of my photos.

First task of the afternoon was to make a gps track of a known gatch from the Solar Oasis back out to the main road.  The gatch hasn’t seen a bulldozer for some time so it was necessary to deflate to 22psi before proceeding at a relatively slow pace.  I ended up arriving at exactly the right time – the workers were making Pakinstani/Irani style “oil drum” bread and gave me a piece for my supper! 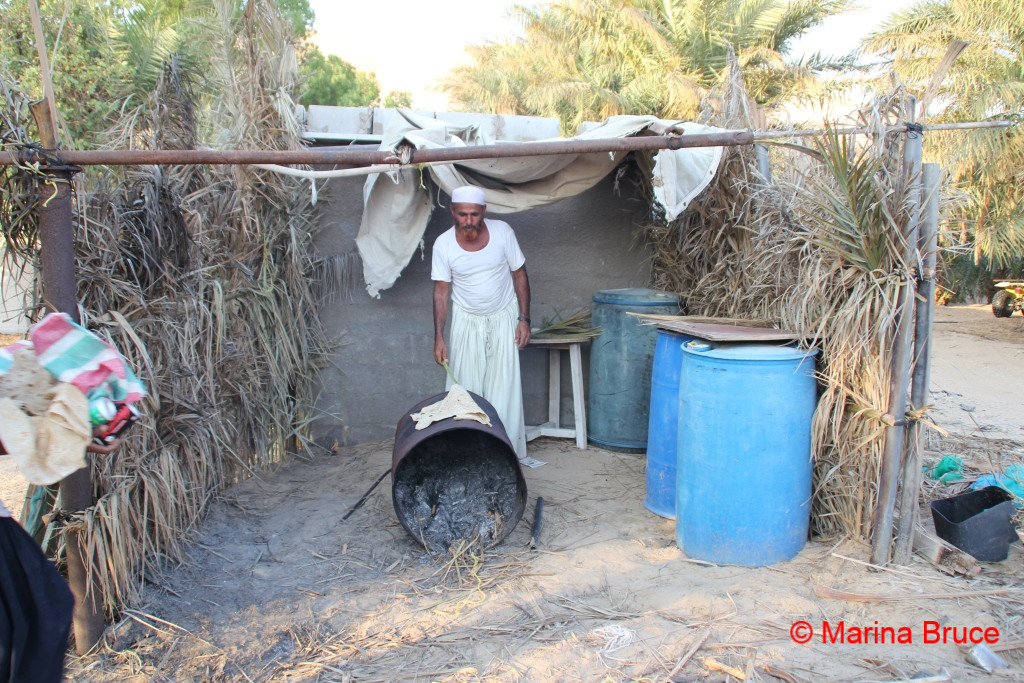 The bread is thin, crispy and the size of an elephant’s ear! 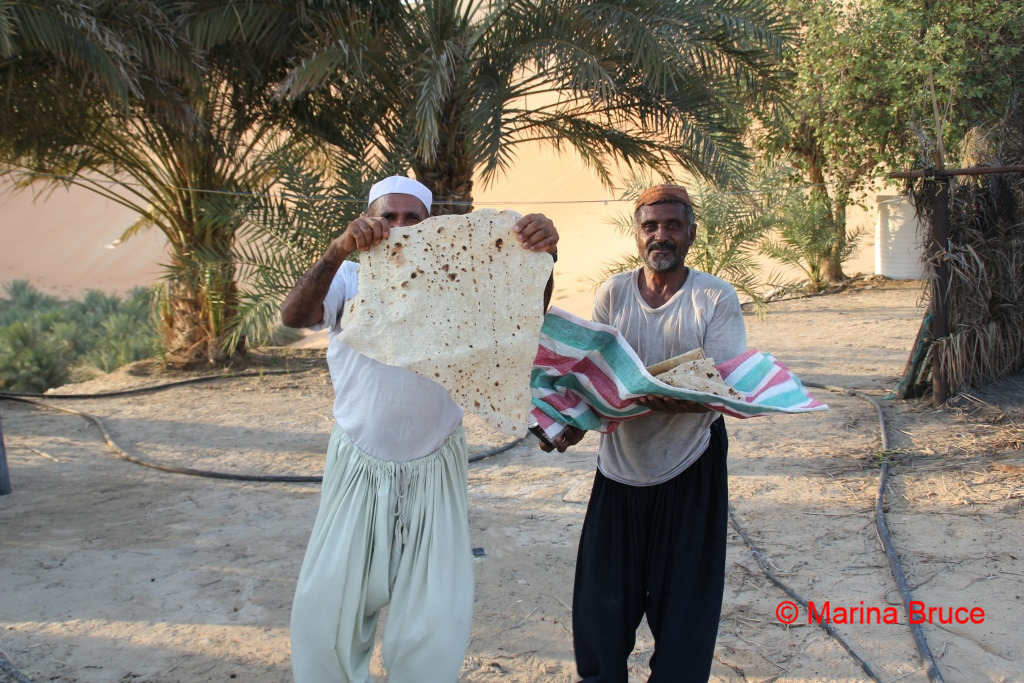 On the way back out I snapped some curious camels heading towards me, maybe they had heard that the white lady was “in town” and dishing out Etisalat phonecards! 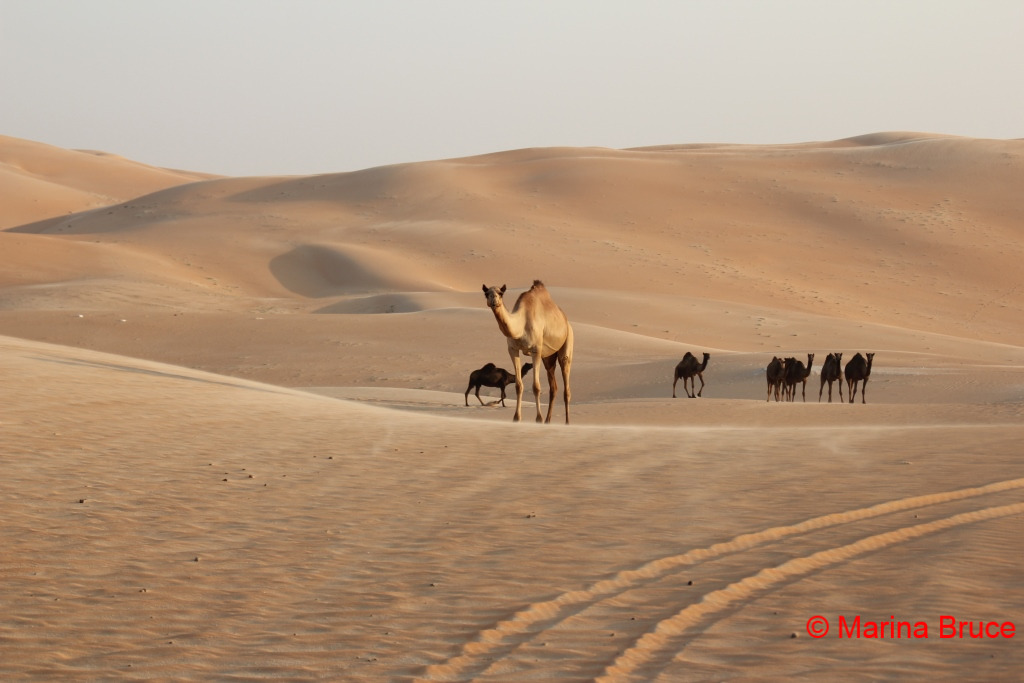 NB – all these photos were taken from the safety of my car! 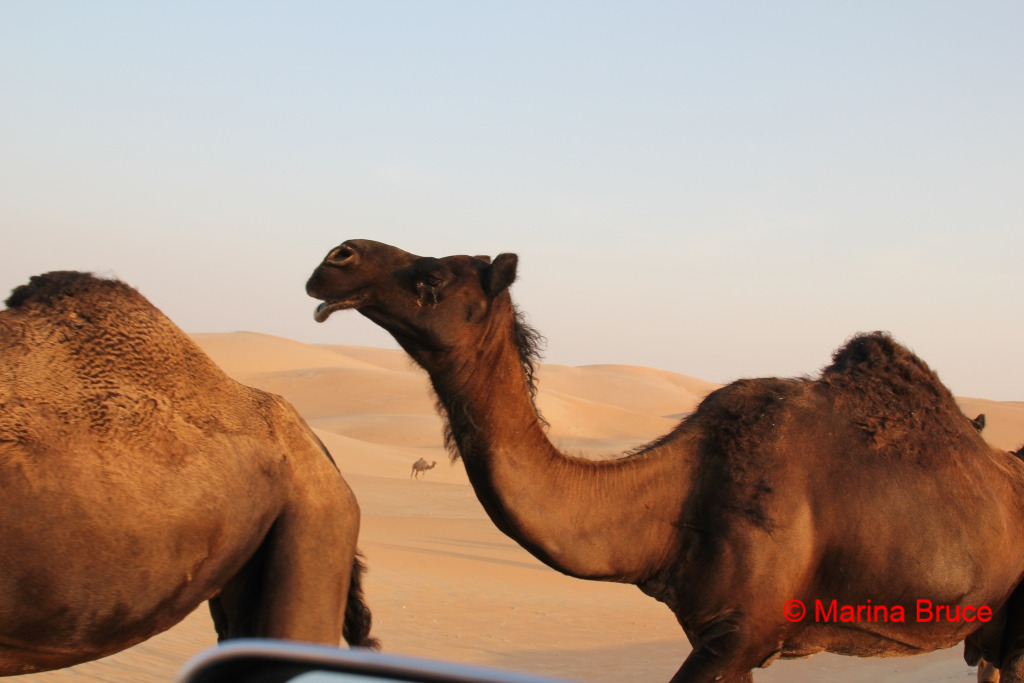 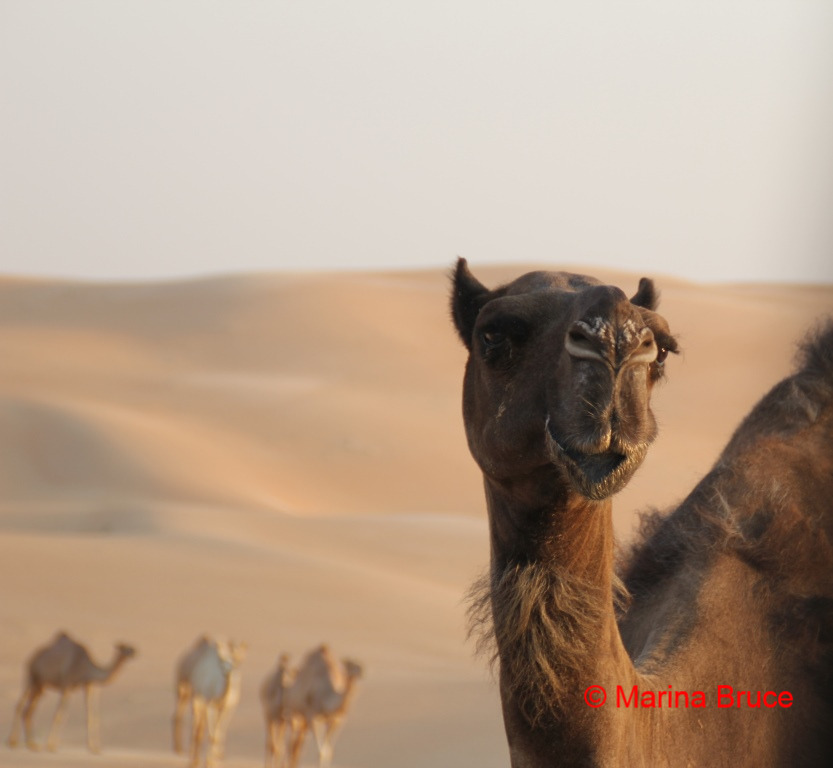 I found a great campspot next to the gatch – near the main road, yet hidden from it, and with 3G signal. 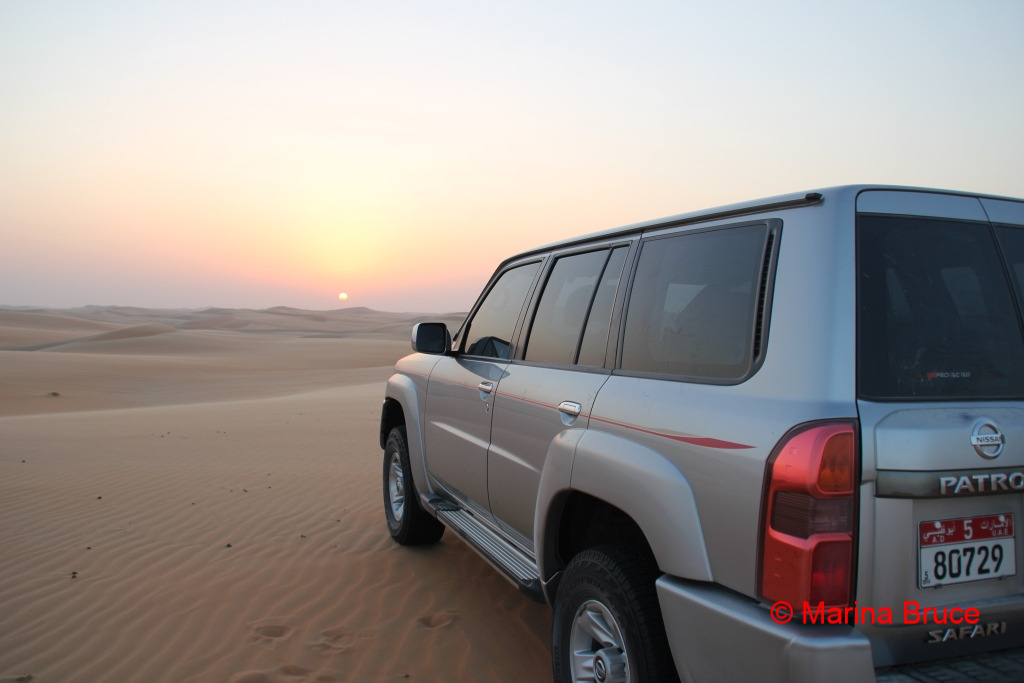 There was hardly any traffic on the main road overnight and only this water truck used the gatch before I left at 9am. 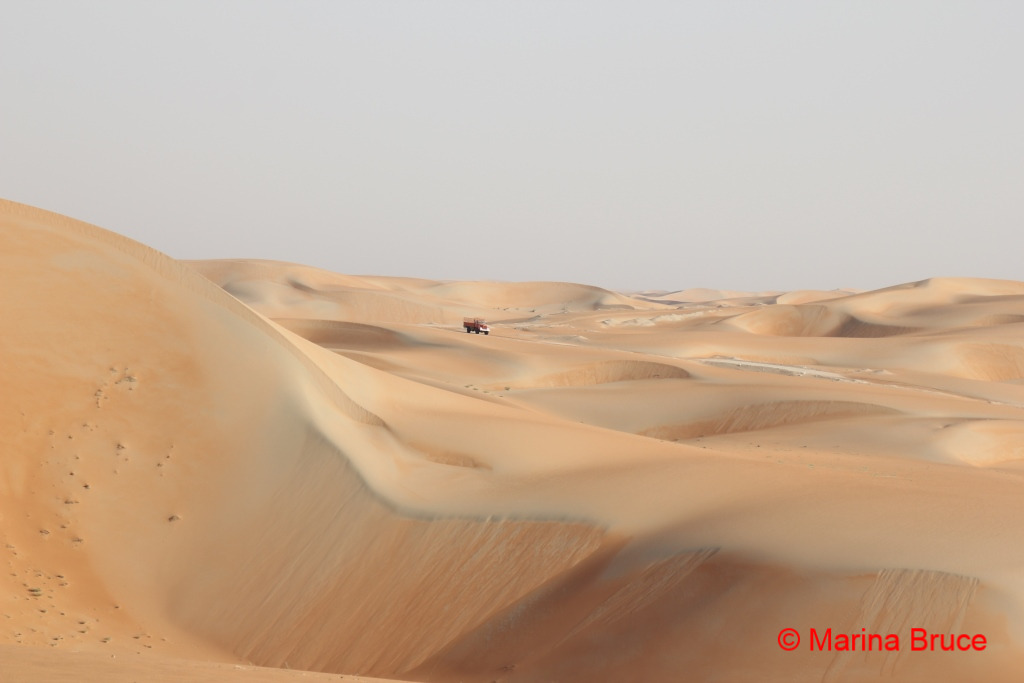 I have wondered why they would build a dual carriageway road from Ghayathi-Arada, complete with central reservation crash barriers; perhaps it is so that there is enough room to pass the camel herds that are frequently walked along the road.  There are wide sand verges on each side of the road and I think these are for the camels to go “contra-flow” though the accompanying cars do too (and offroaders have been known to do this too sometimes). 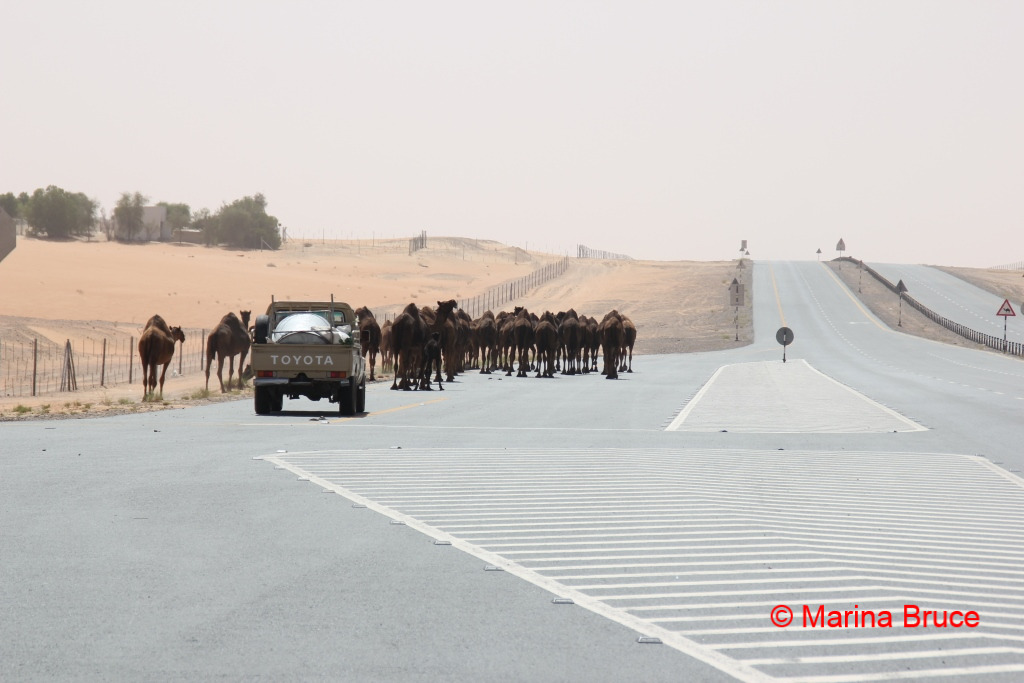 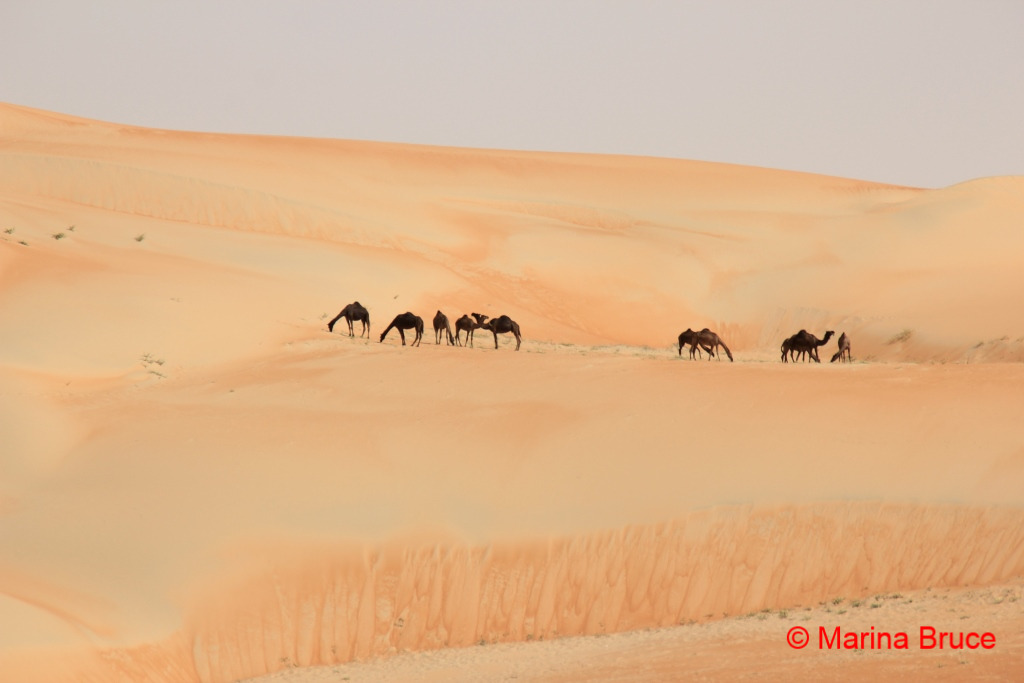 Once I made it to Ghayathi, after frequent photo stops, I had a scout around, marked some more waypoints, fuelled up and headed south again.  On the way out I passed a villa with these huge caravans parked up outside, how cool would it be to have access to one of these as a basecamp? 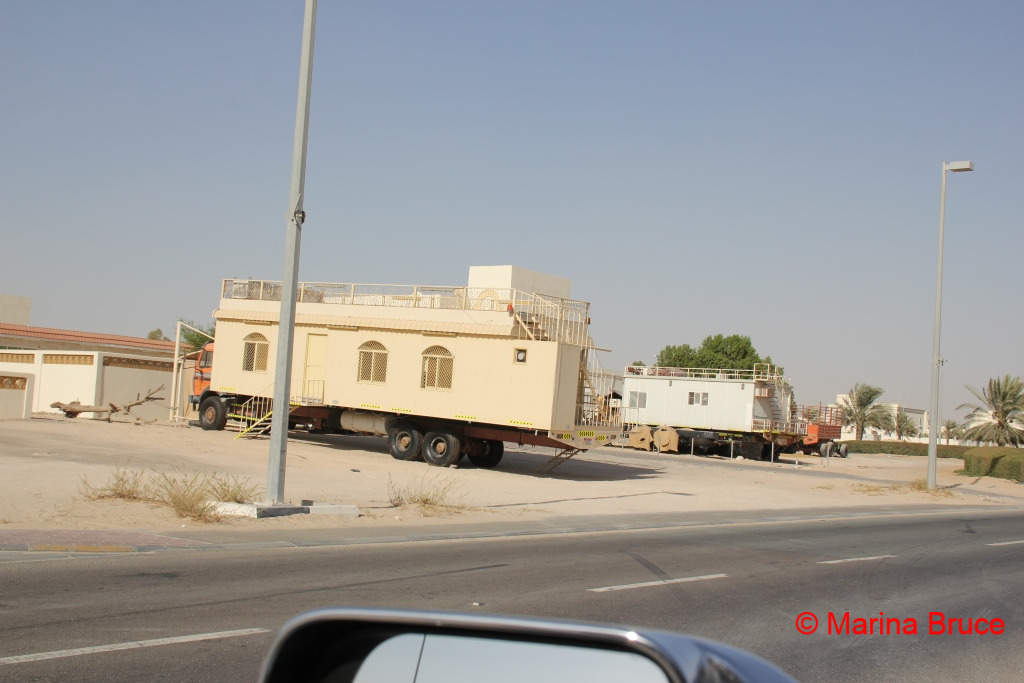 It was definitely the day to move your camels! I spent a few minutes driving alongside the Lexus, windows down, having a chat with the young local driver, before escaping the moving road block by driving on the sand verge.  Don’t try this in a 2WD! 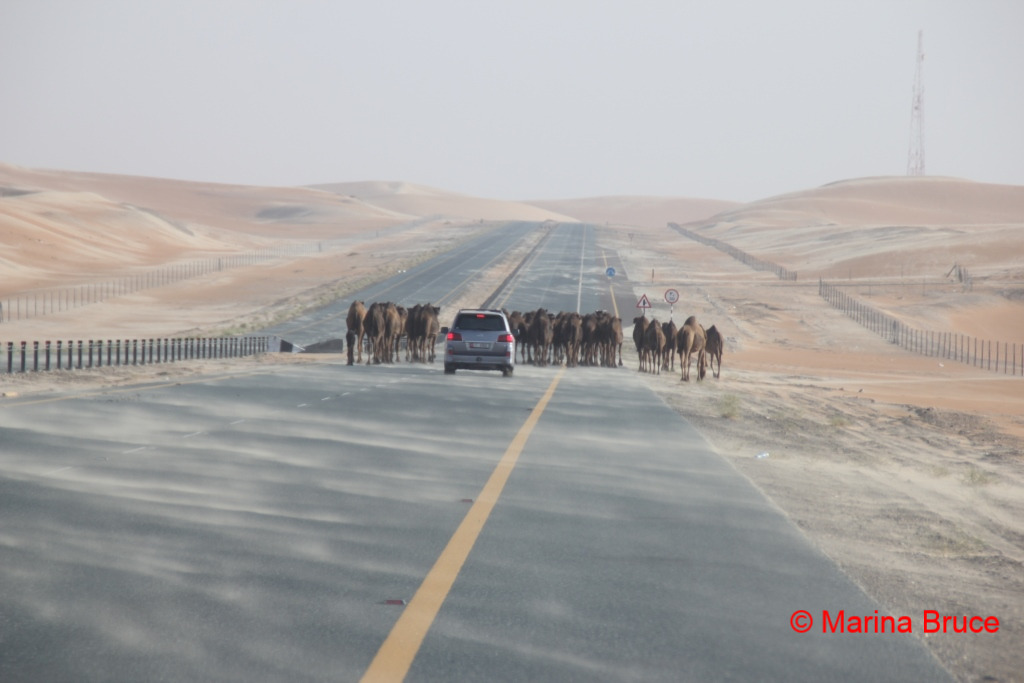 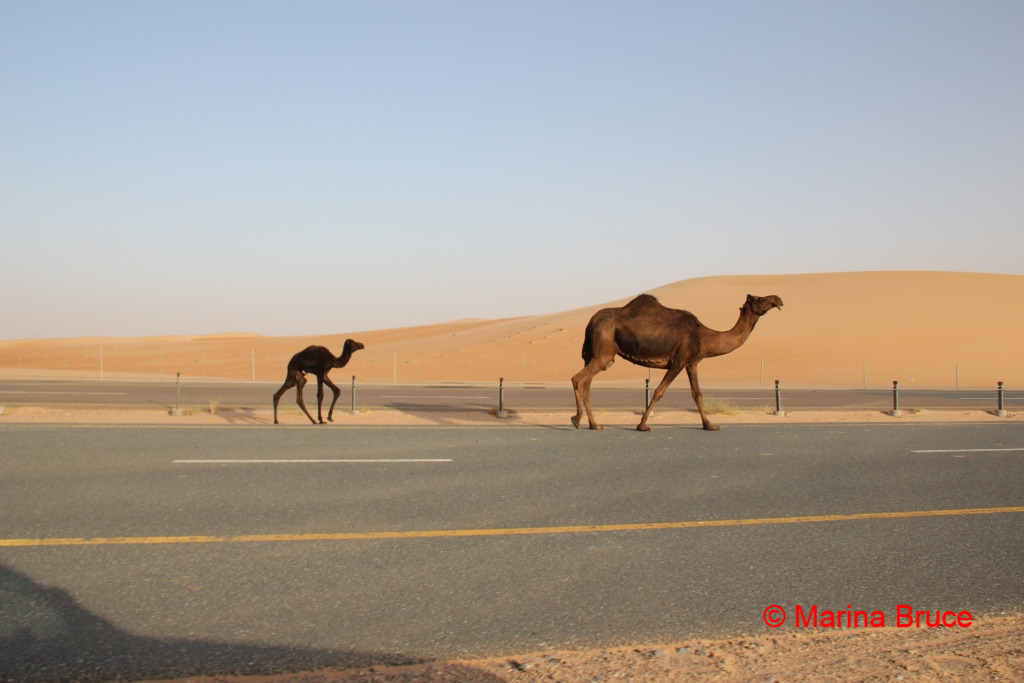 Sometimes it’s possible to move camels inside the fence 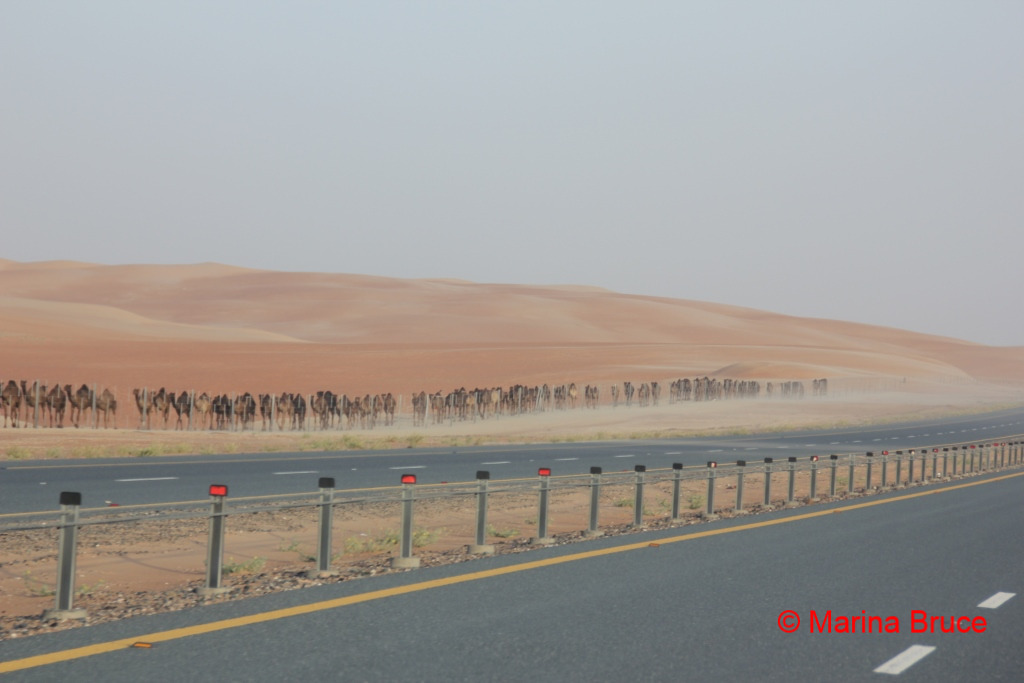 No room for a LC to herd them, so traditional methods were called for! 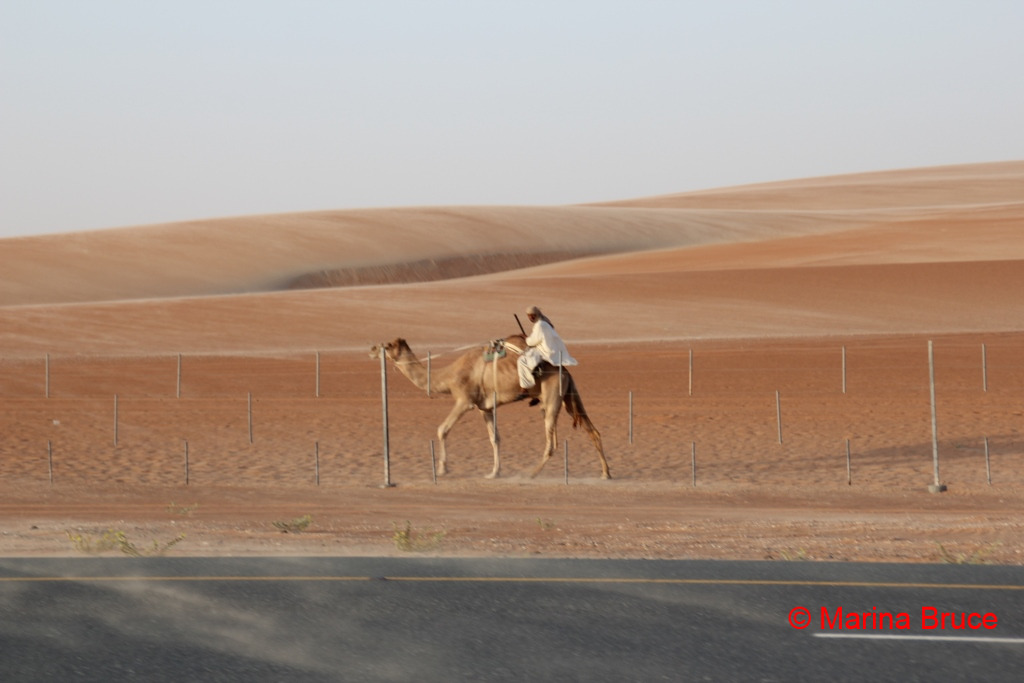 But not without support by modern technology. This must be one of my favourite Liwa photos to date! 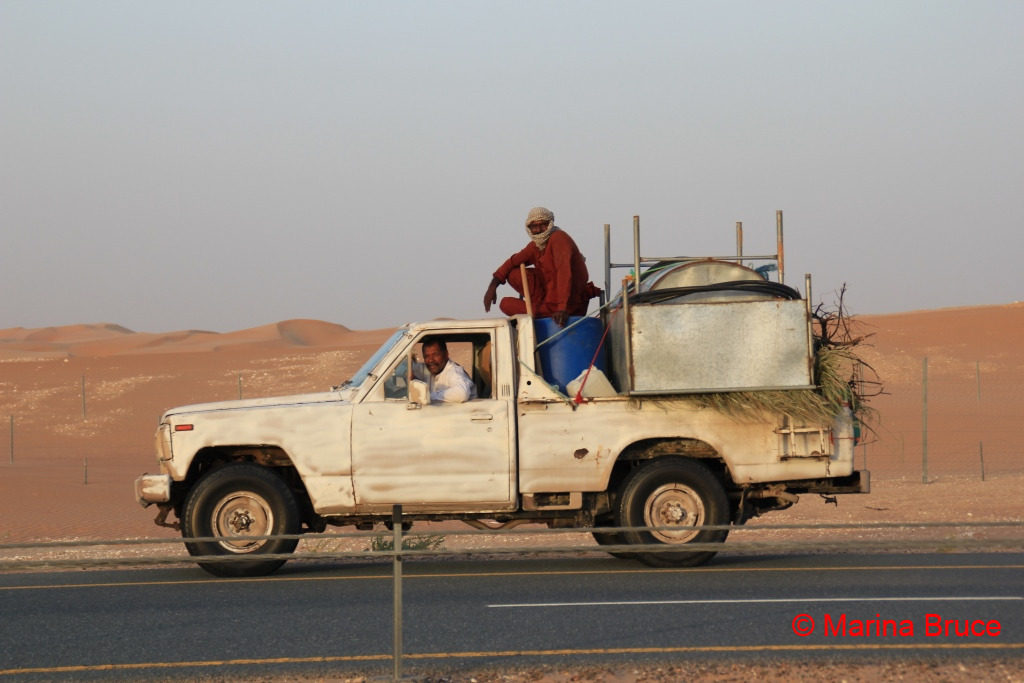 And after the sun set I headed back home to Al Ain, some 480kms from Ghayathi.  Thank goodness petrol is only 1.7AEd per litre!