We loved Salalah in the Kareef (Monsoon) season but there was so much we couldn’t see due to the clouds which obscure anything above 700metres above sea level.  It was strange to return to a familiar place, in that we have a bit of know-how/where and lots of essential gps points (car wash, tyre repair etc), yet Salalah looked completely different to the summer version.

No clouds, less greenery, very few tourists – really the place was almost deserted.  It’s hard to believe that the photo below was taken in the Middle East at 17degrees North – it could almost be in Scotland, though we’d never afford the petrol for a 4.8litre gas guzzler there.

The whole reason behind the trip, which was in planning since our last visit,  was to get “high” on the mountain ridge and plateaus to the West of Salalah, negotiating some tricky roads 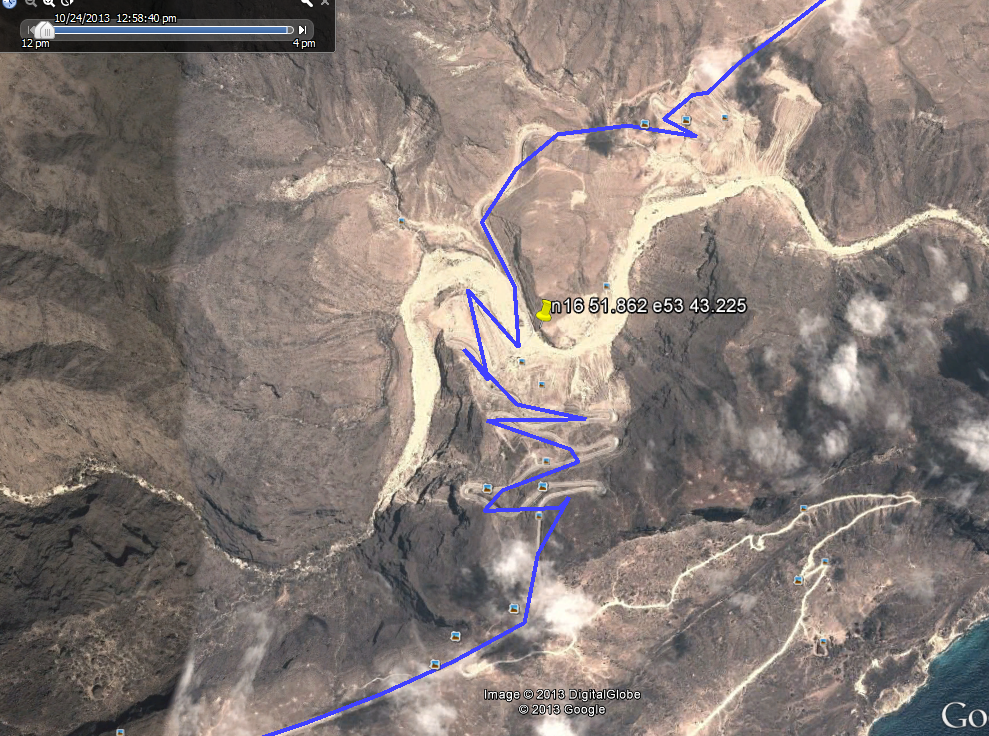 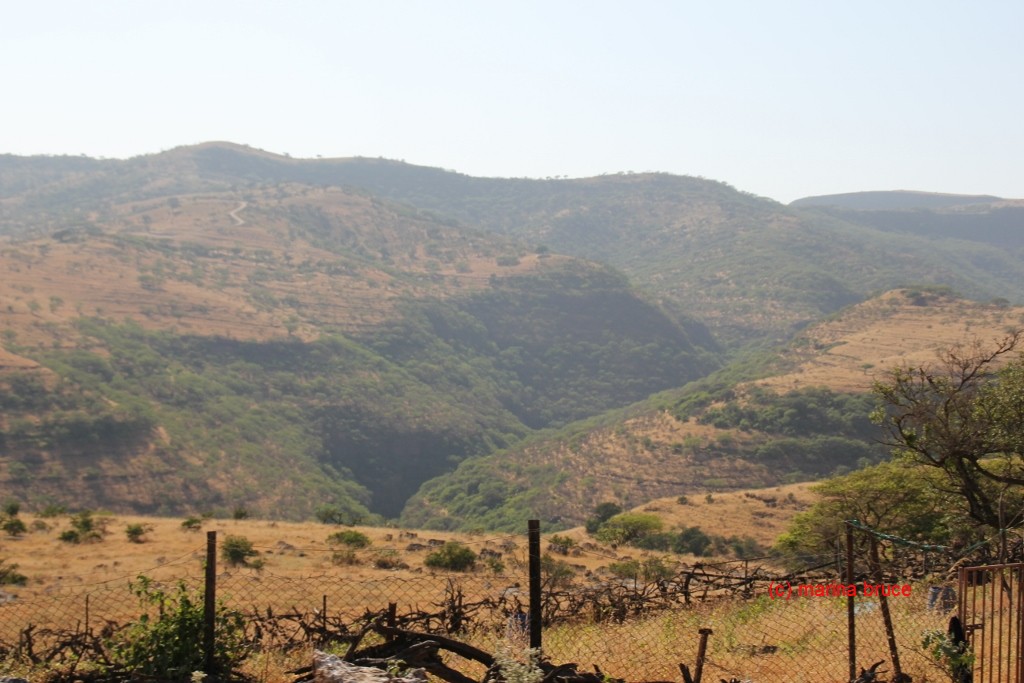 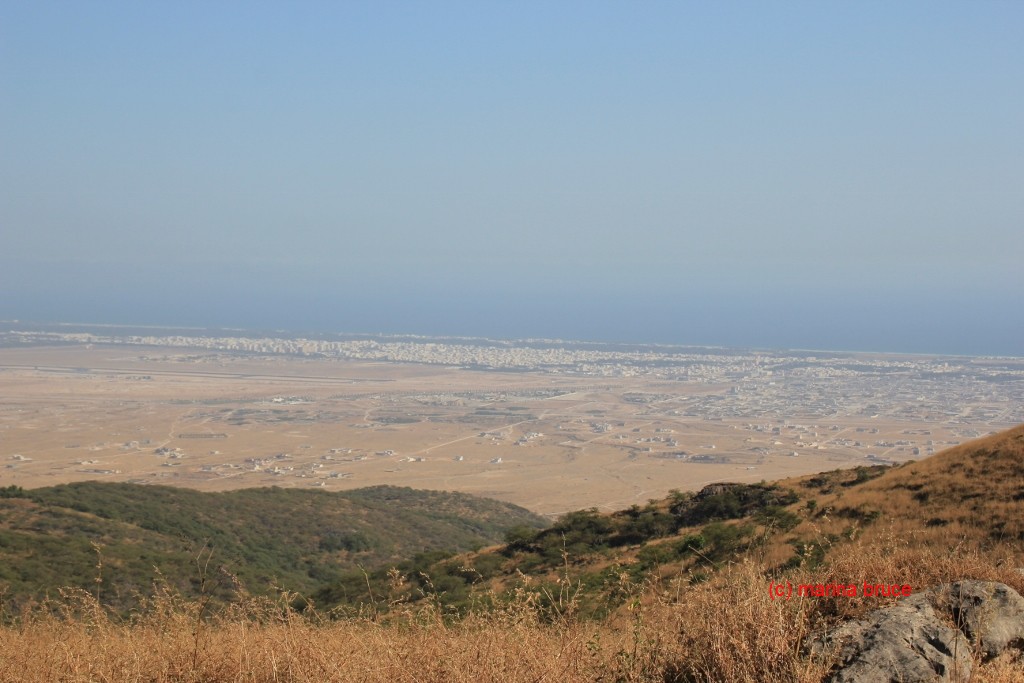 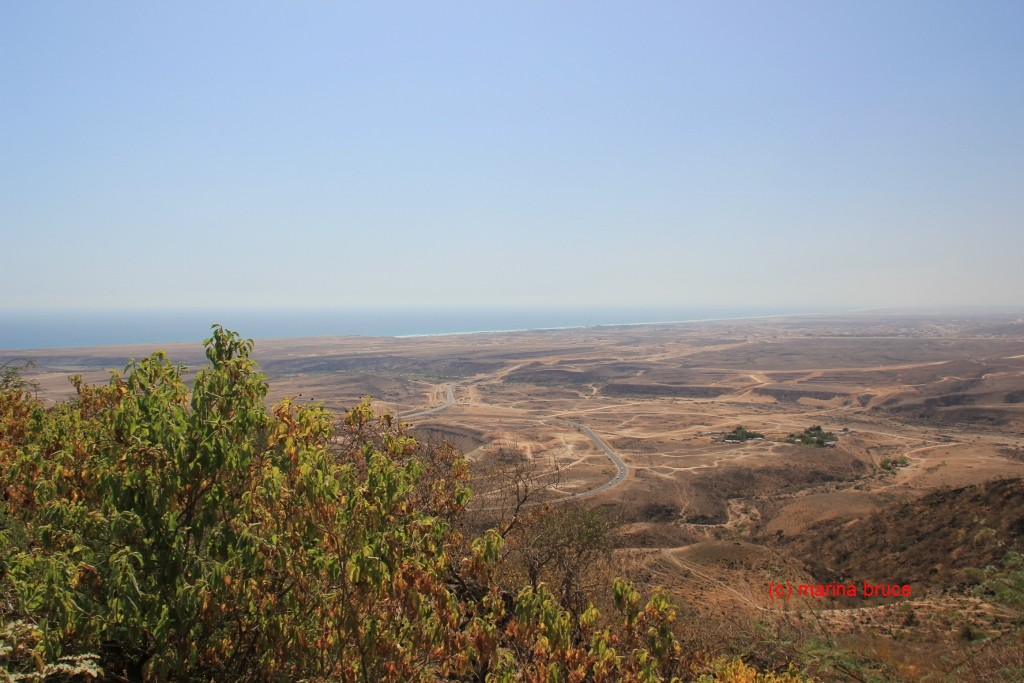 For the three months of summer the escarpment is covered by cloud almost all day, every day, yet life still goes on . Small villages are dotted here and there, although many  of the buildings were black with mould – wonder if they clean them before next summer or if its an accumulation of many years of humid summers. 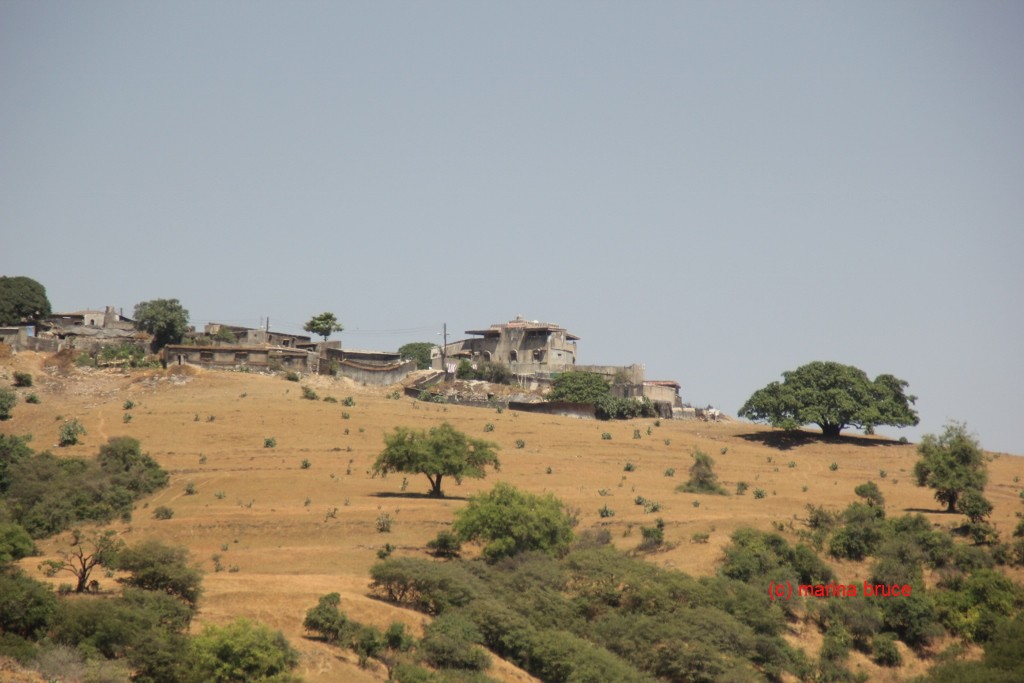 The grass doesn’t take long to turn brown after the rain stops in September but the trees are a perennial feature, as are camels – nearly run down a few of these last year when some ran across the road in front of us in the fog! 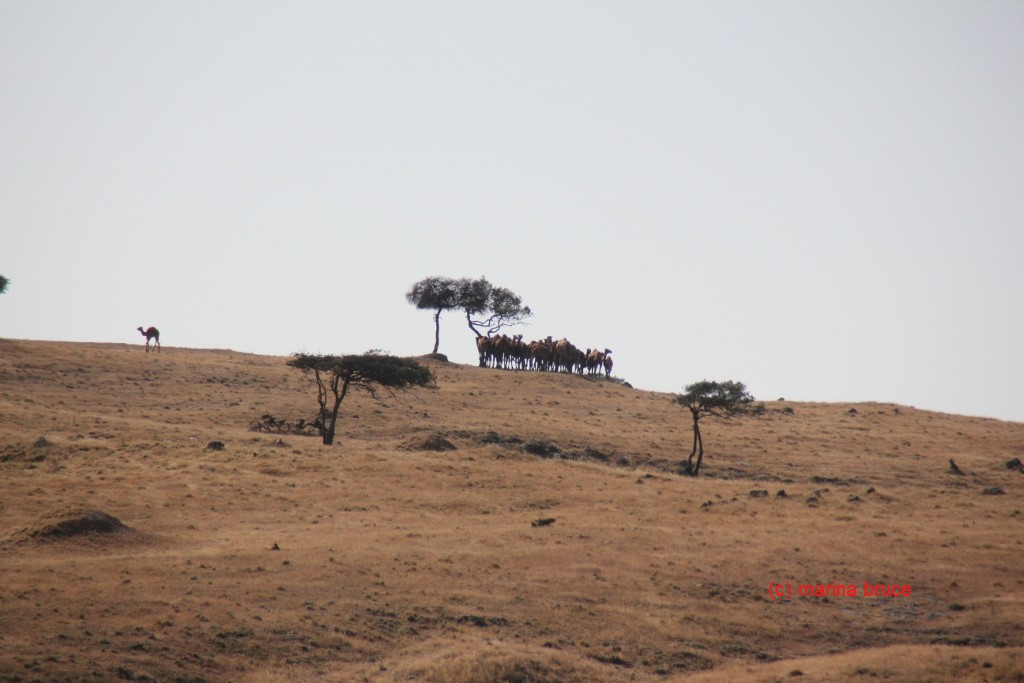 Salalah is famous for its coos (cattle) too, and unlike the Indian breeds you see here in the UAE, these ones are definitely European looking.  The man on the tanker is damping down a road under construction, he isn’t a coo washer. 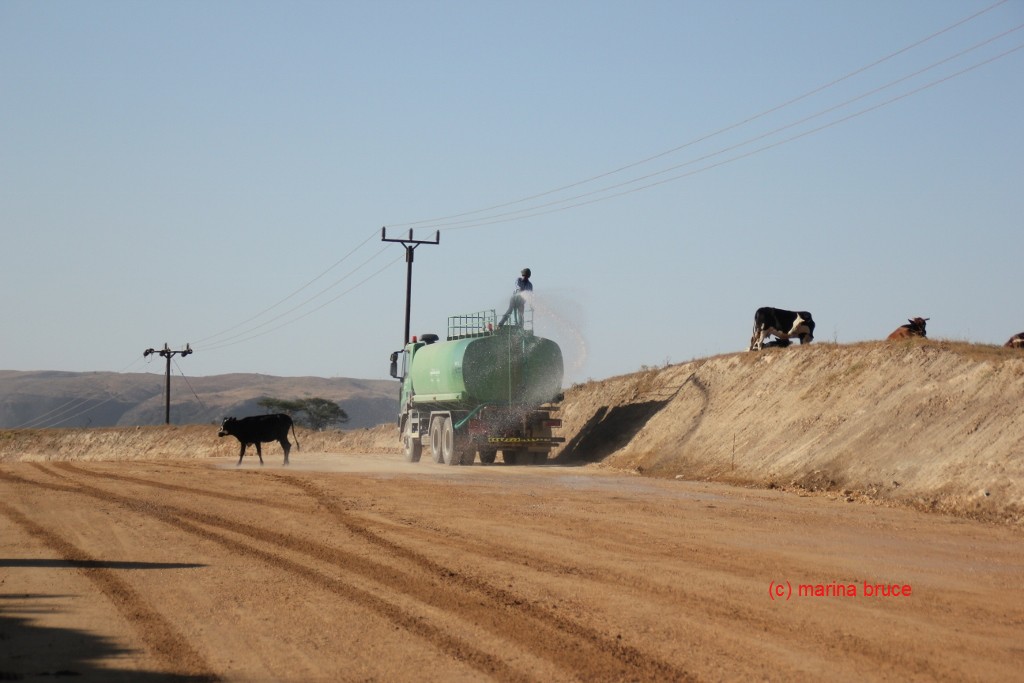 Are the bees in Salalah so dangerous they need to be kept in cages? 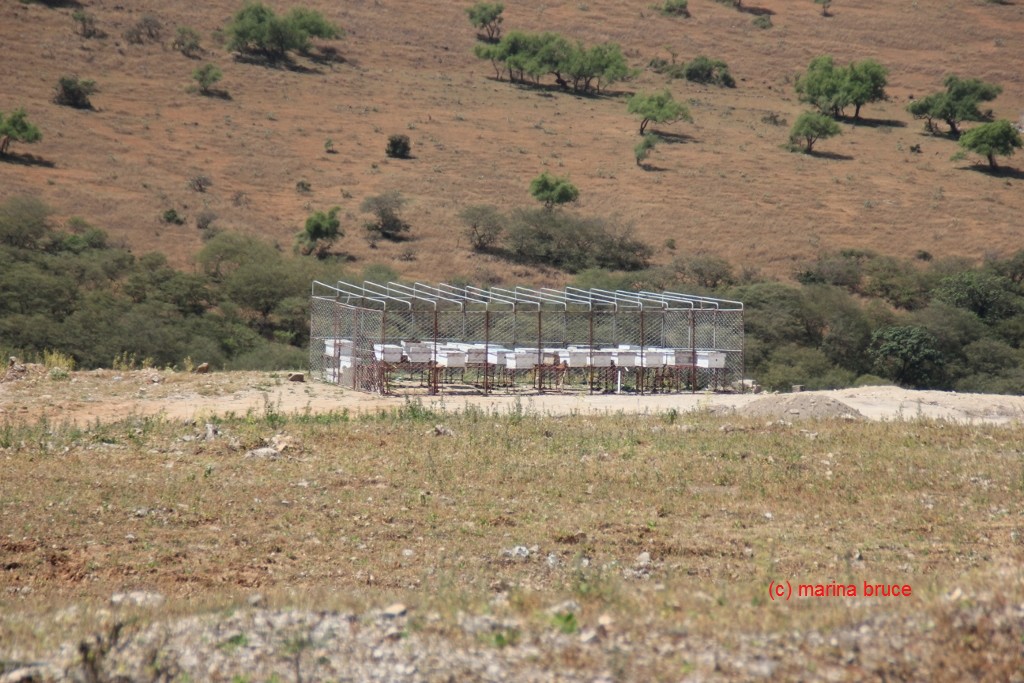 Last year we said that “every middle-east based expat should visit Salalah once during their stay here, preferably in the Kareef.”  We are so glad we visited it twice!  Salalah – one city, two completely different faces! 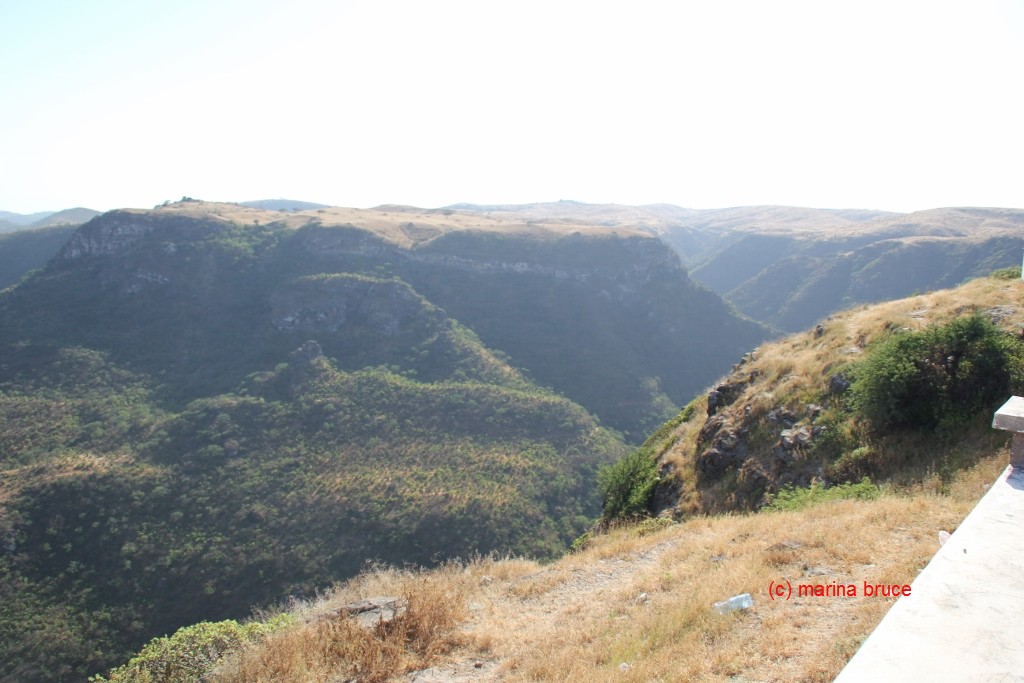