This large area of wet/damp/sinking salty mud’s name translates to “mother of all poisons/worries” and to the camel caravans long ago it would have been a formidable obstacle to cross.

The “modern” explorer Sir Wilfred Thesiger was the first European to set eyes on this fabled sabkah and he mentions it in his 1959 book Arabian Sands“.  Some of his companions had warned him about the dangers of the area, citing instances when raiding parties had strayed into the quicksands and disappeared without a trace.  One of them even claimed to have seen a whole flock of goats become engulfed then completely disappear!

When we visited in 2012 we (eventually) found a not-too bumpy track across it though it still took a very long couple of hours to cross at a snail’s pace.  When we were at the mid point we could barely make out the surrounding dunes, and I am sure that before motorized transport many a traveler must have entertained feelings of despair at some point during the crossing! 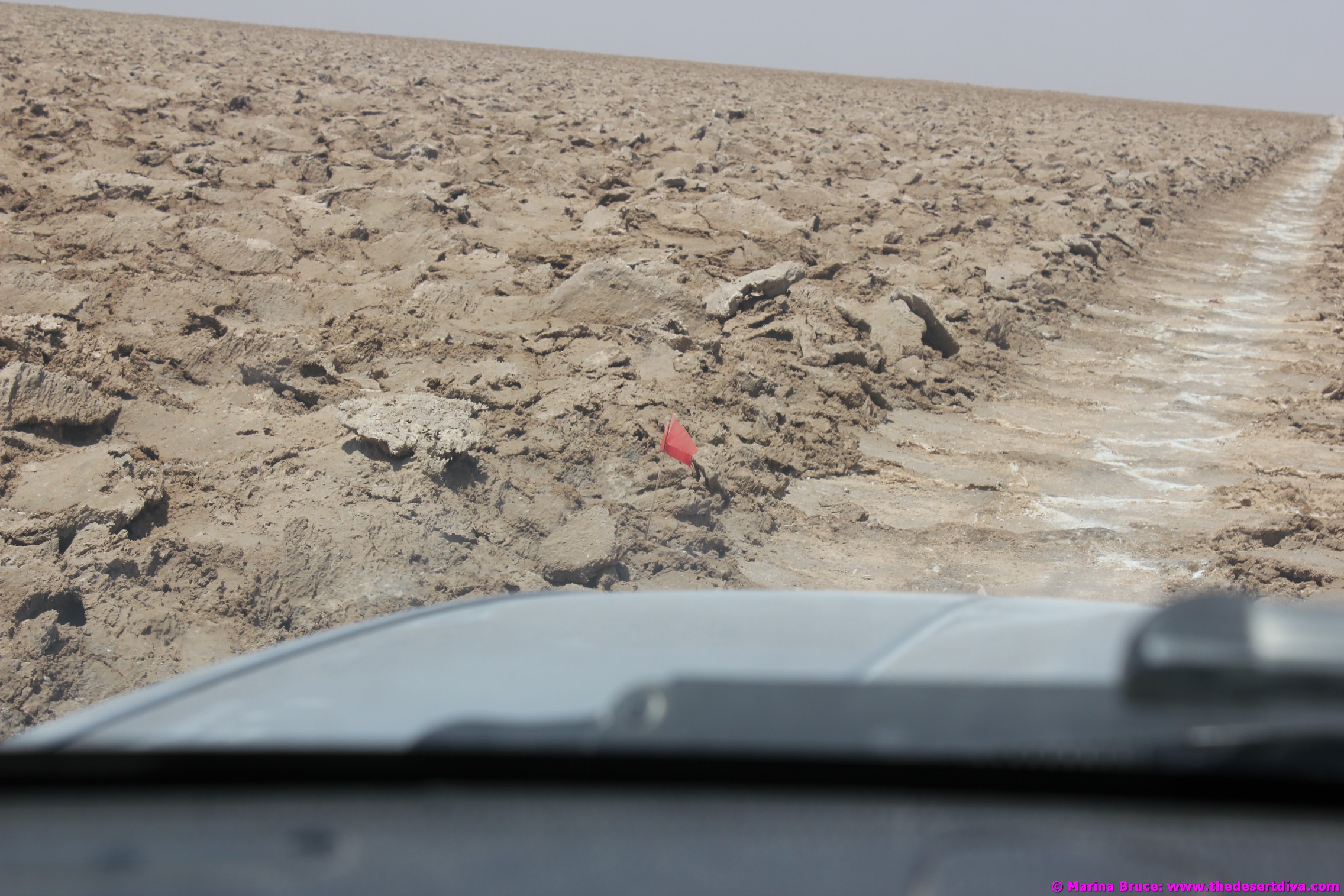 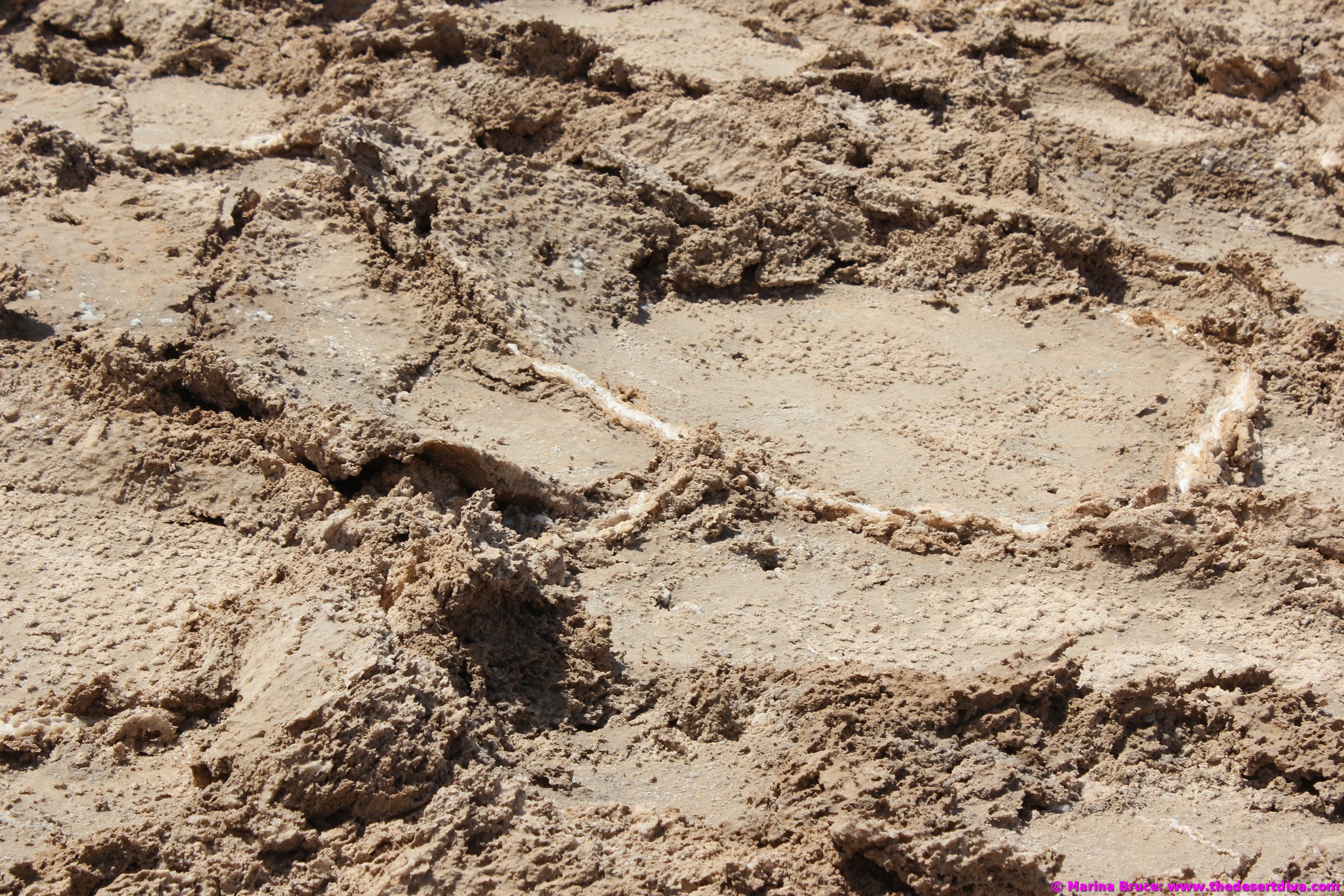 Fast forward to 2014 and our plans to cross the mud flats in the afternoon of day one went awry due to various delays.  Instead we decided to pitch our tents at the northern edge and tackle the crossing in the morning. 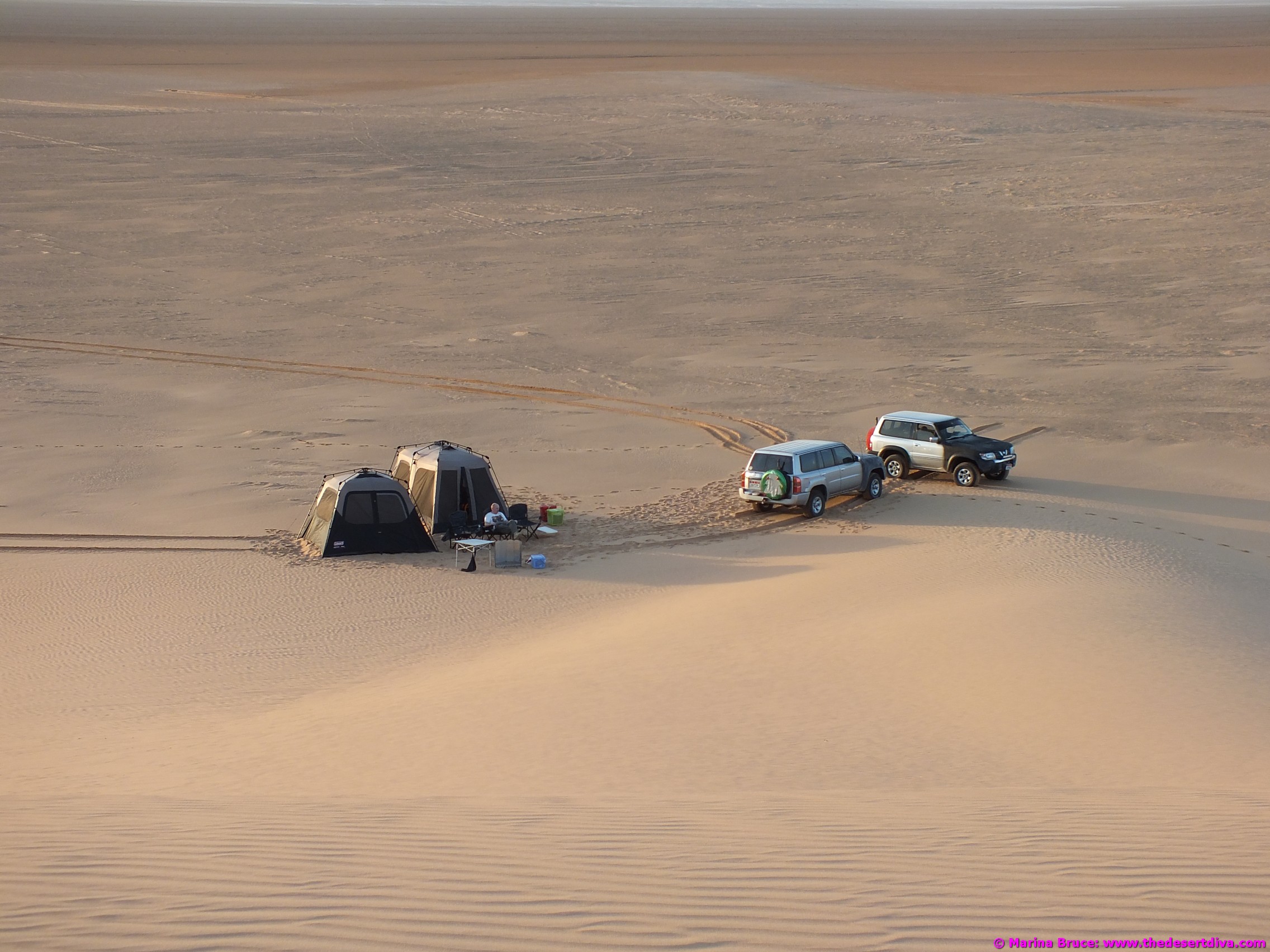 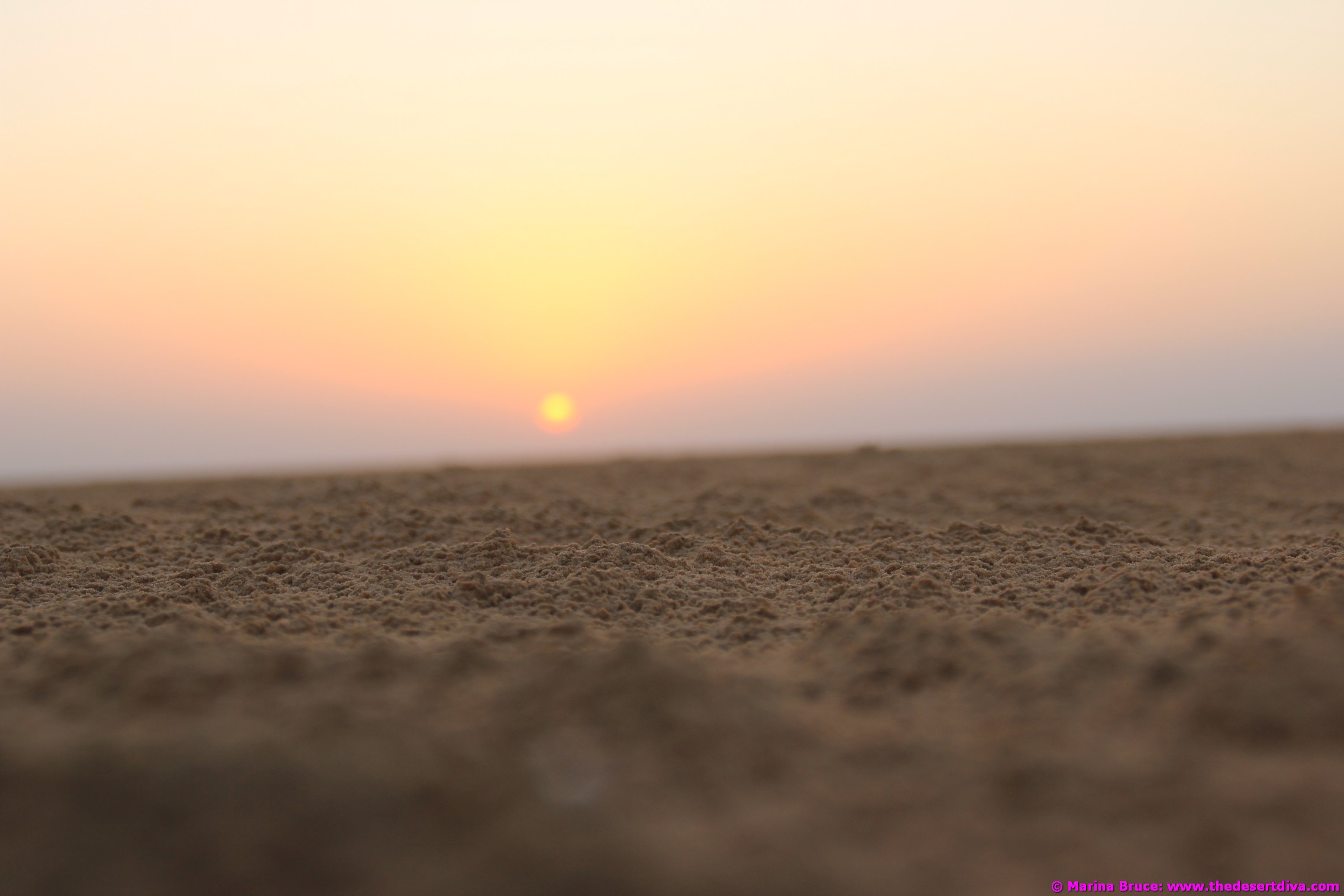 After a restful quiet night under very dark skies, followed by a hearty breakfast we set off  on our quest to find a christmas tree.  Just a few kilometres in and what a surprise we got – two years on and we find that there are now many many tracks across the Umm As Sameem – an oil company is exploring for hydrocarbons. 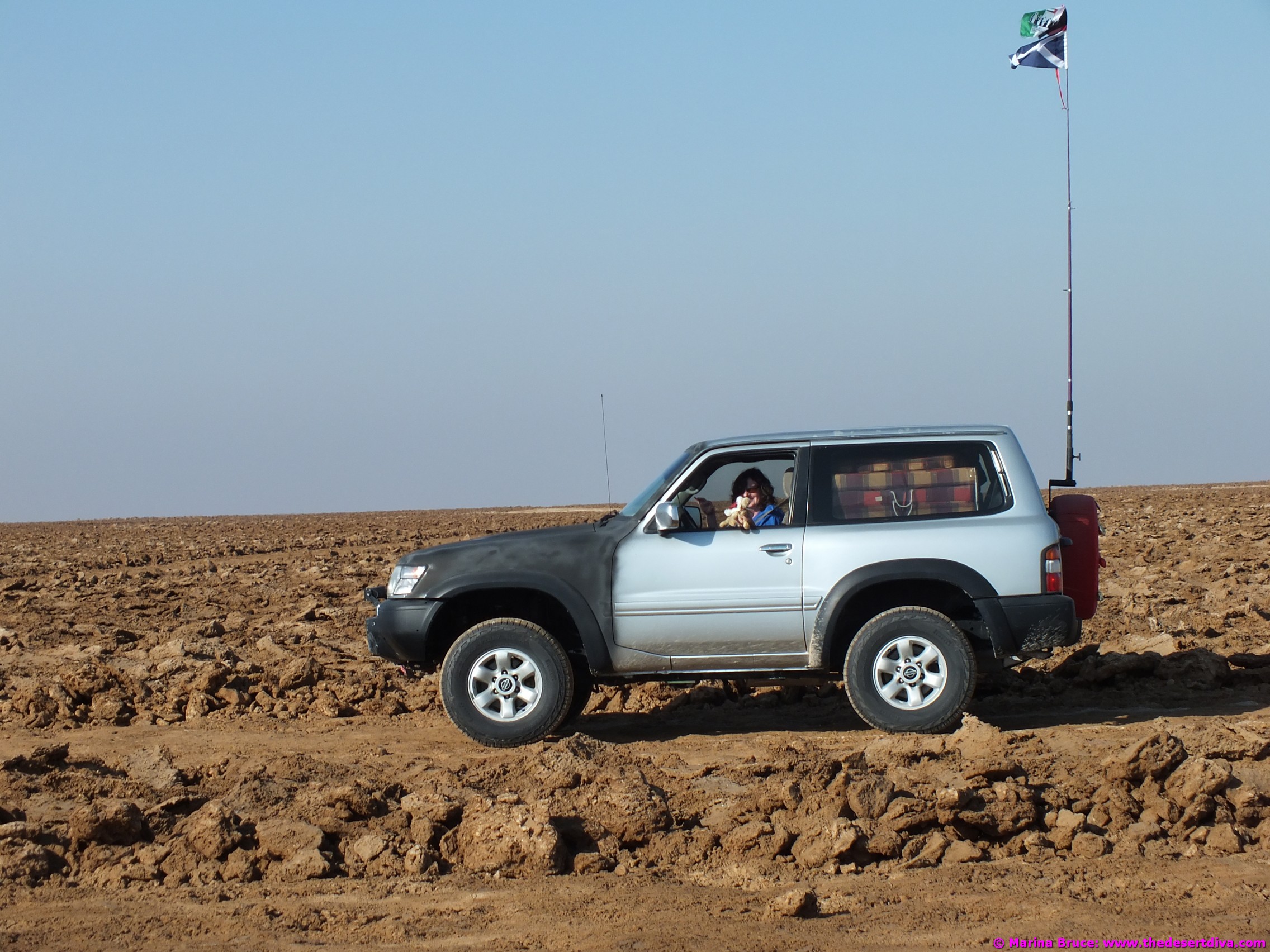 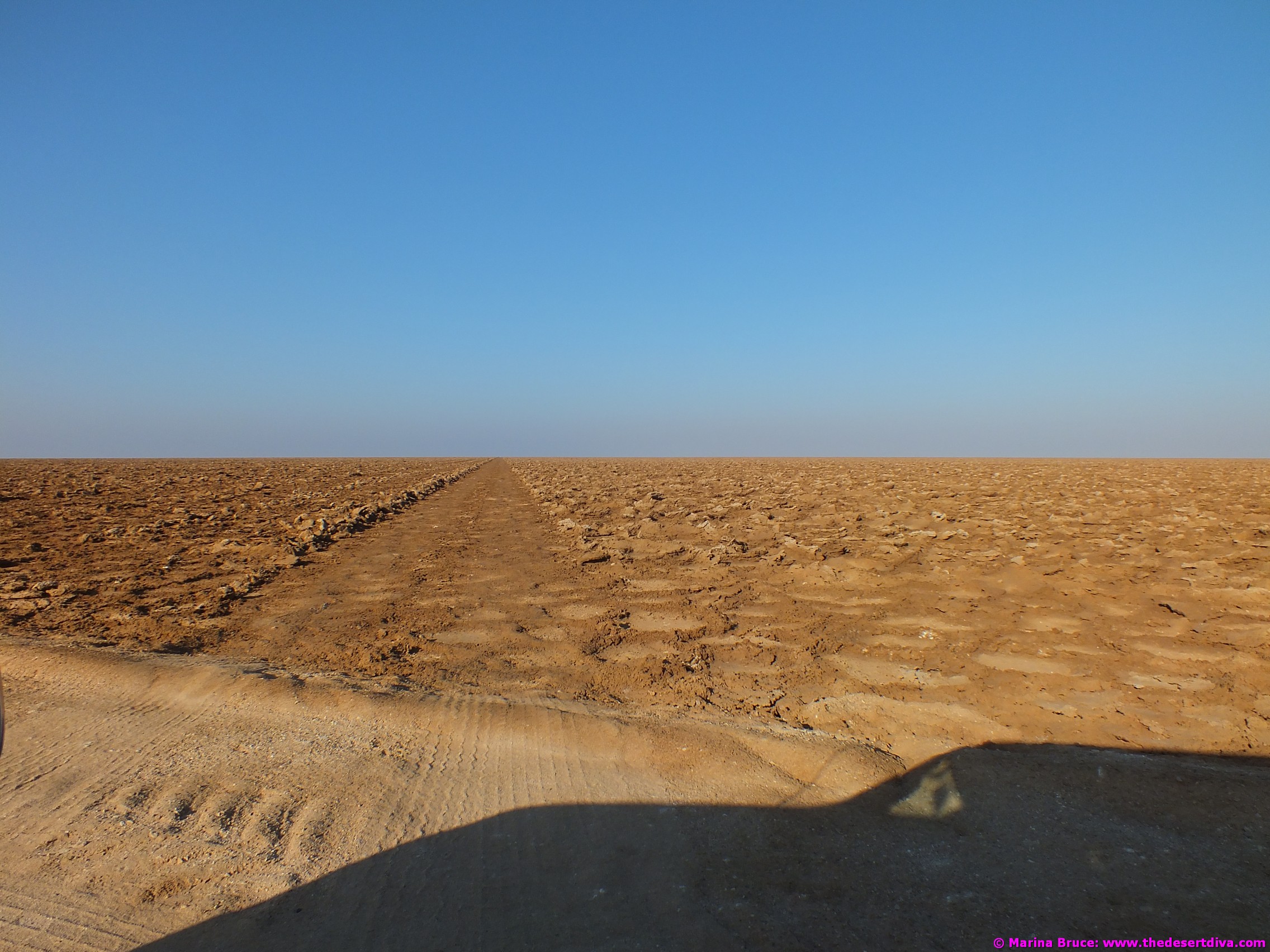 Now for years the area around the sabkah has been littered with drilling rigs, christmas trees and pipes and it is clear that there is a fortune in oil and gas lying underground.  My first reaction was of shock that this great wilderness was being desecrated, but on reaching the track we used only two years ago we discovered that it was now a faint line across the mud.  Possibly in 2-3 years the surface scars made by the mighty “thumper trucks” will have faded – here’s hoping so. Unless of course they find hydrocarbons under the sabkah surface when bases, access tracks and all manner of invasive civil engineering will position itself here.

Taking advantage of the situation, we used the fresh, relatively smooth tracks to cross the Mother of All Worries, and found ourselves at an interesting rocky area which our previous track had missed out.  Sorry about the two different photo sizes by the way – different cameras! 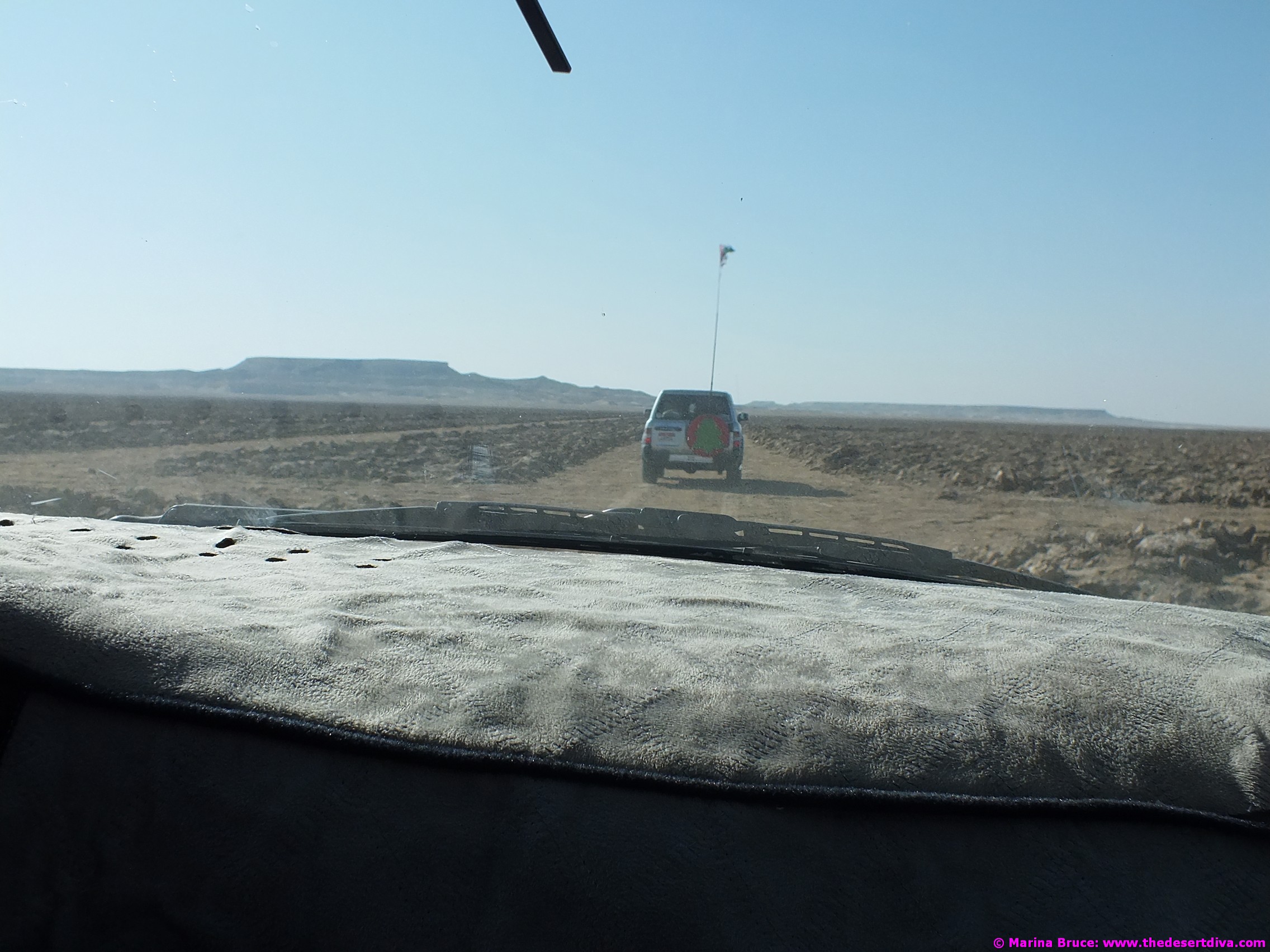 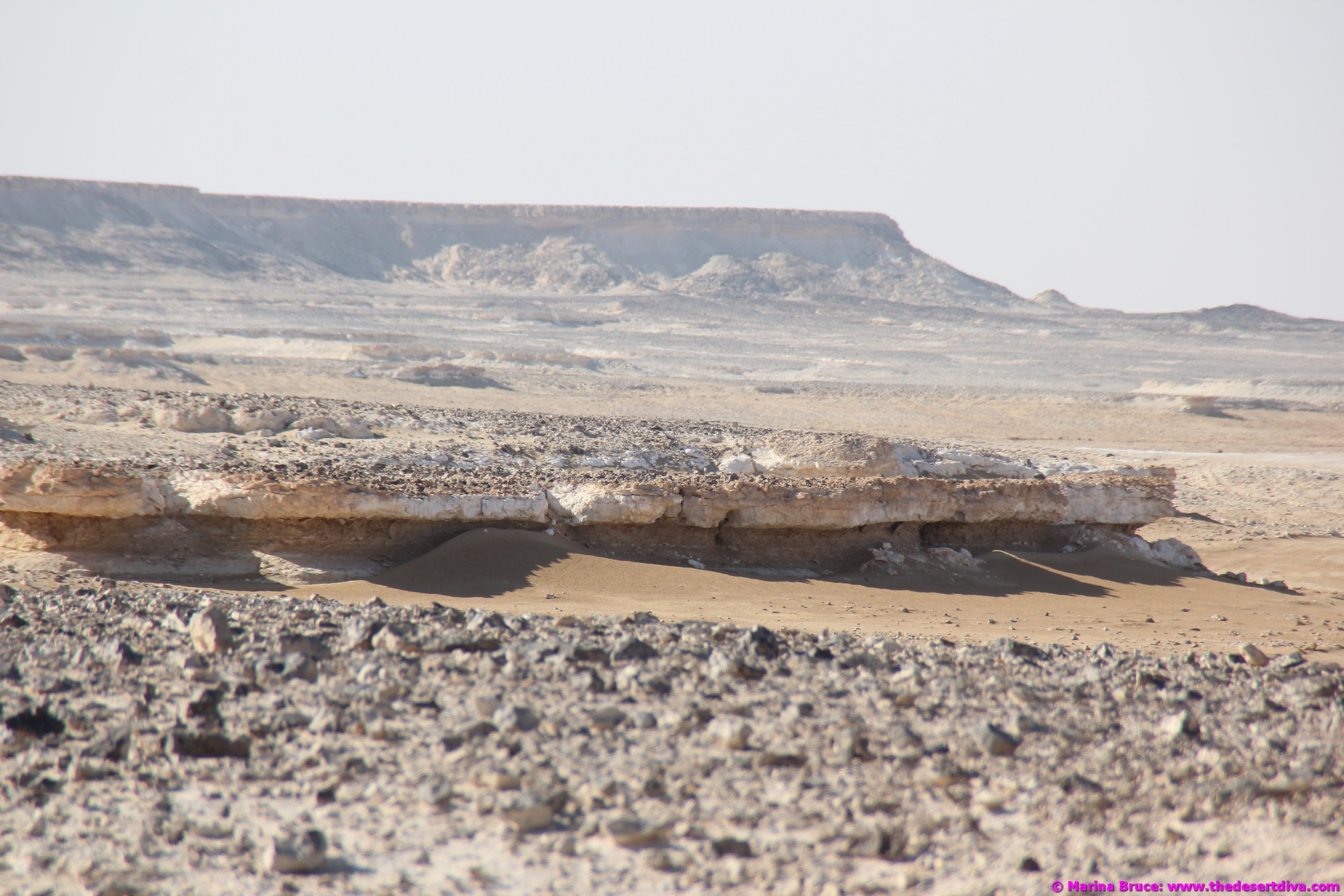 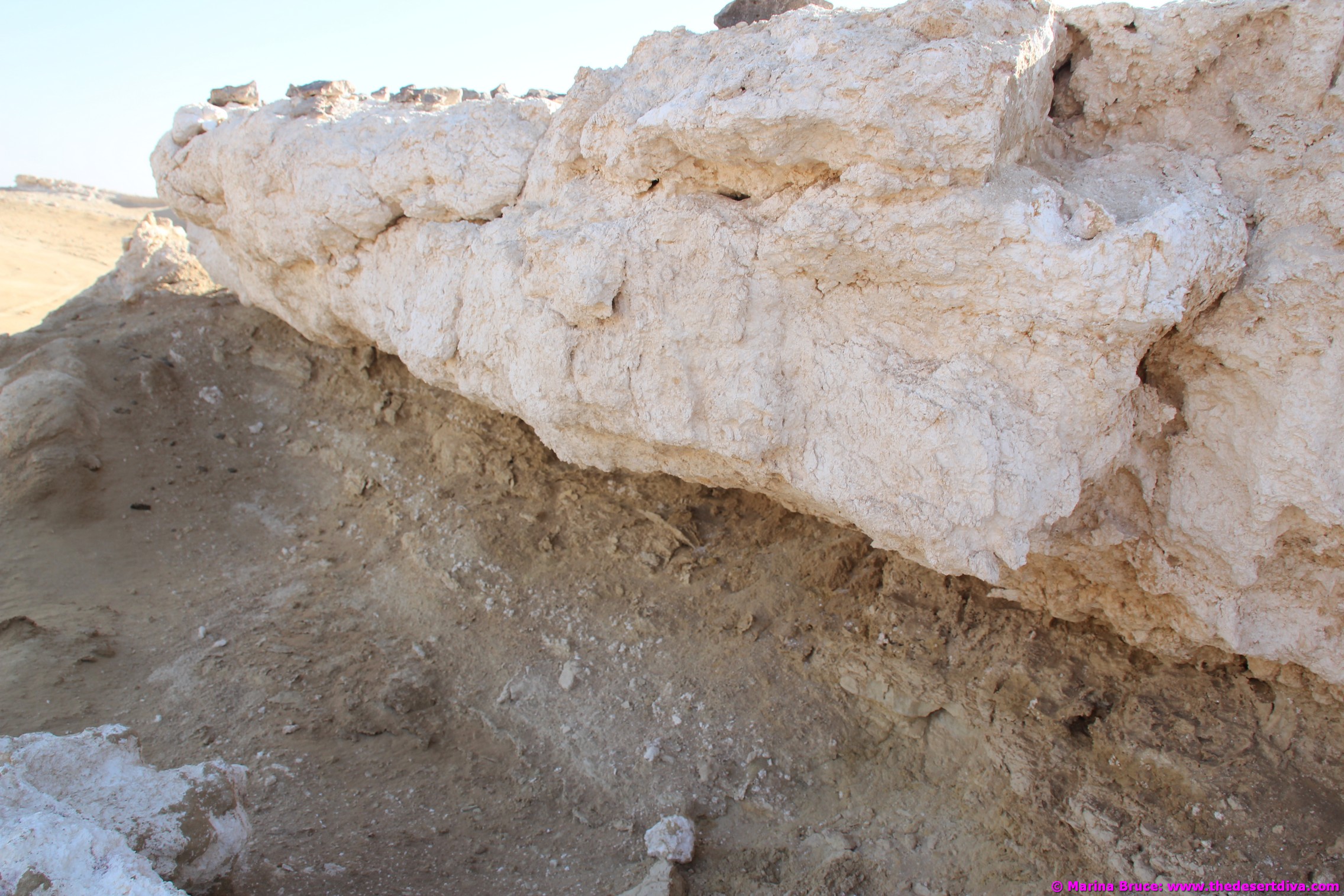 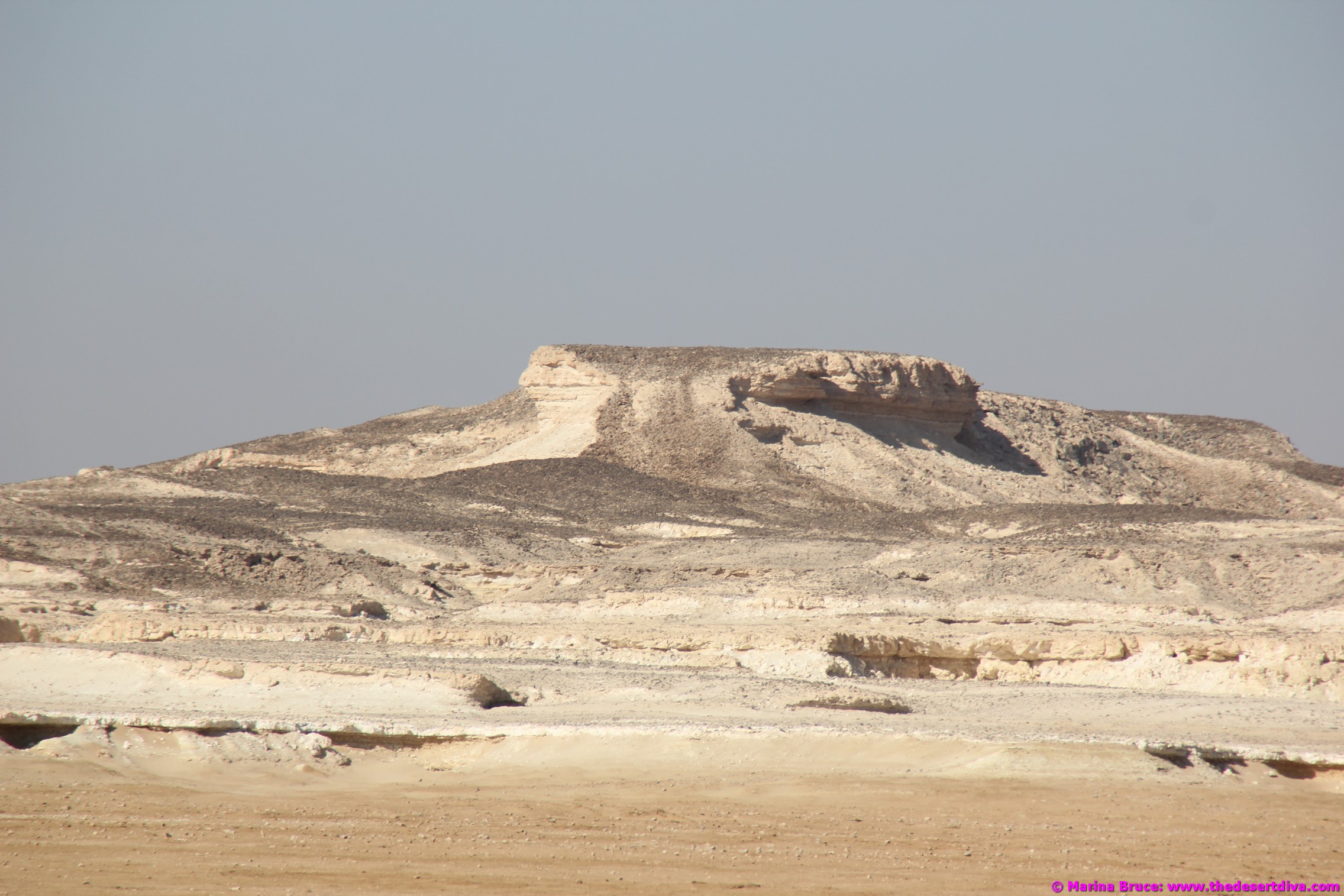 Here’s our path across the sabkah – 2012 journey in black and this year’s in aqua. The thumper truck tracks were in a grid pattern and had I thought about it, I could have laid down a gps track which looked like stairs but instead I took the easiest, least bumpy tracks. 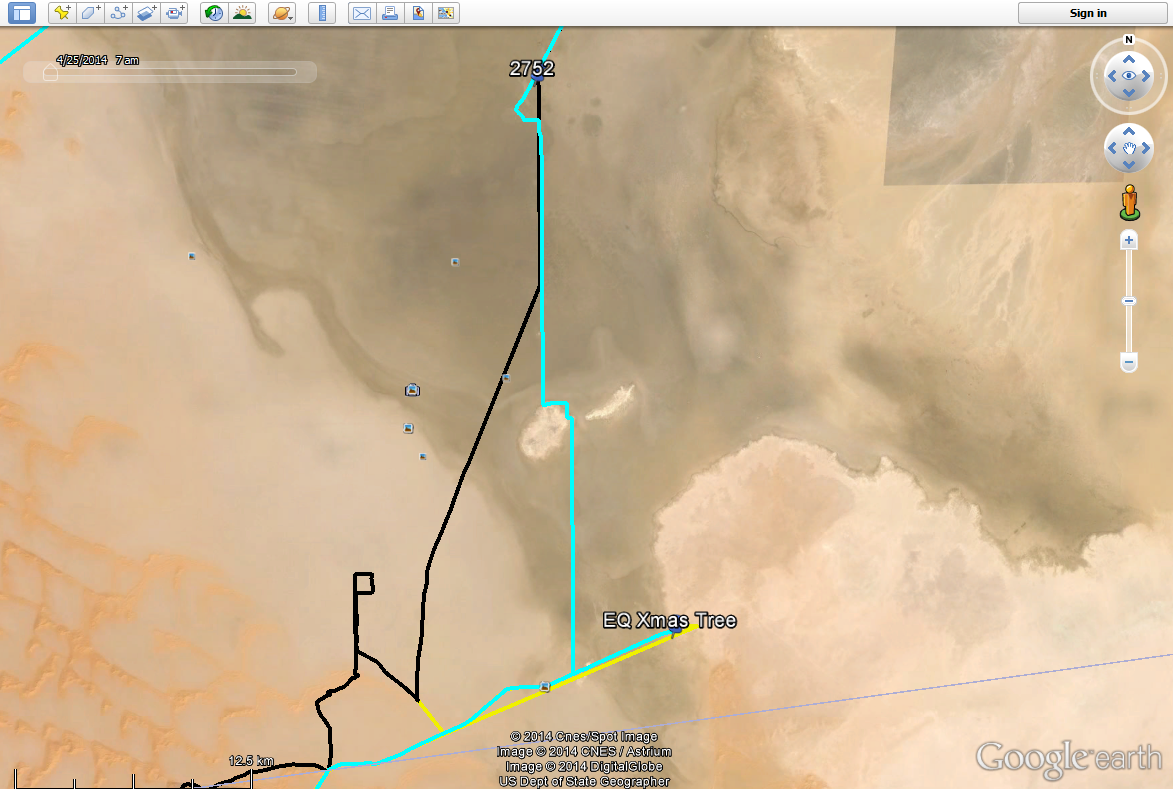 You can get an idea of the size and remoteness of the place with this overview map – Umm As Sameem on lower left.

Track data available on request, email me at fullemptyquarter at gmail dot com.