On the last weekend of October 2014 Oasis Offroad ran a special trip titled “the Dark Skies Challenge.”  The concept was simple – teams of four had to work their way over 100kms of sand dunes to find “buried treasure” and camp for the night under a super-dark sky. 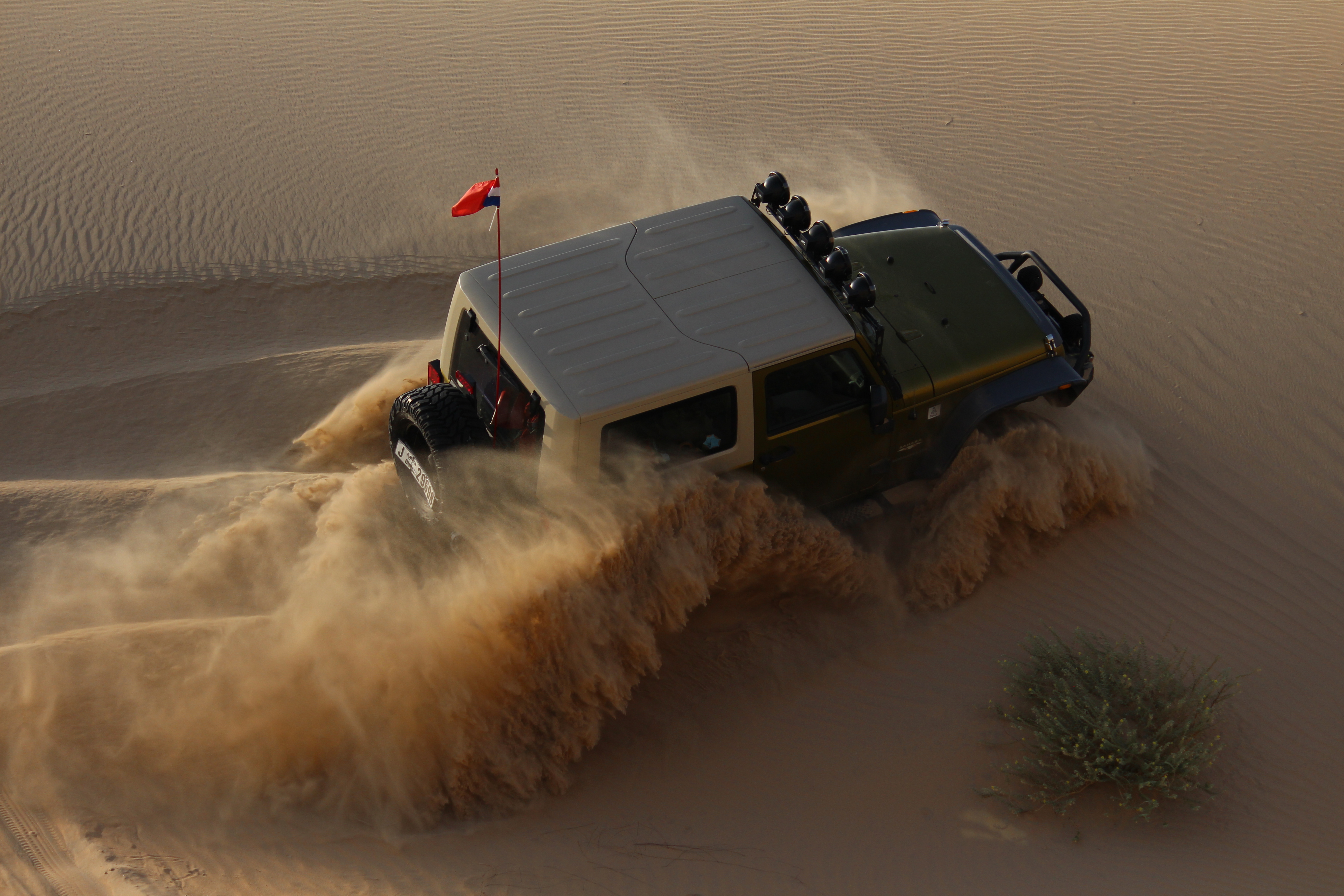 We are going to run this again for 2015, this time moving it to February as it offers the best sand condition/daylight/weather combination.  So, on Friday 20th we will be deflating our tyres and heading deep into the desert in the most remote part of the UAE – The Western Desert (Al Magrib). 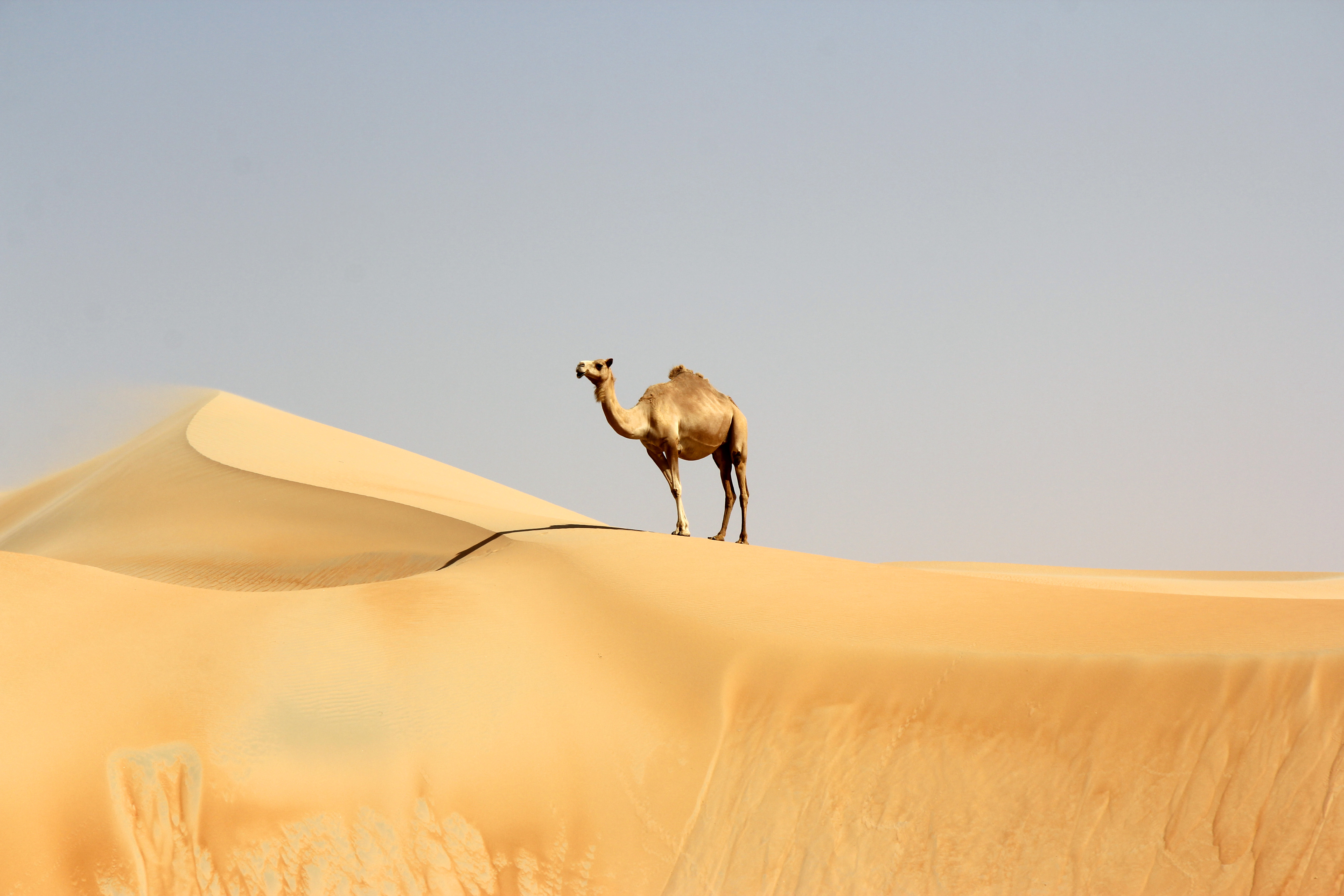 We are hoping to field five teams from Oasis Offroad and will also invite one team from each of five other offroad clubs.  Last time we worried that our five teams of four cars would get in the way of each other and follow much the same tracks but in reality, this didn’t happen – often teams went for hours without seeing anyone else, so we will be expanding the event! 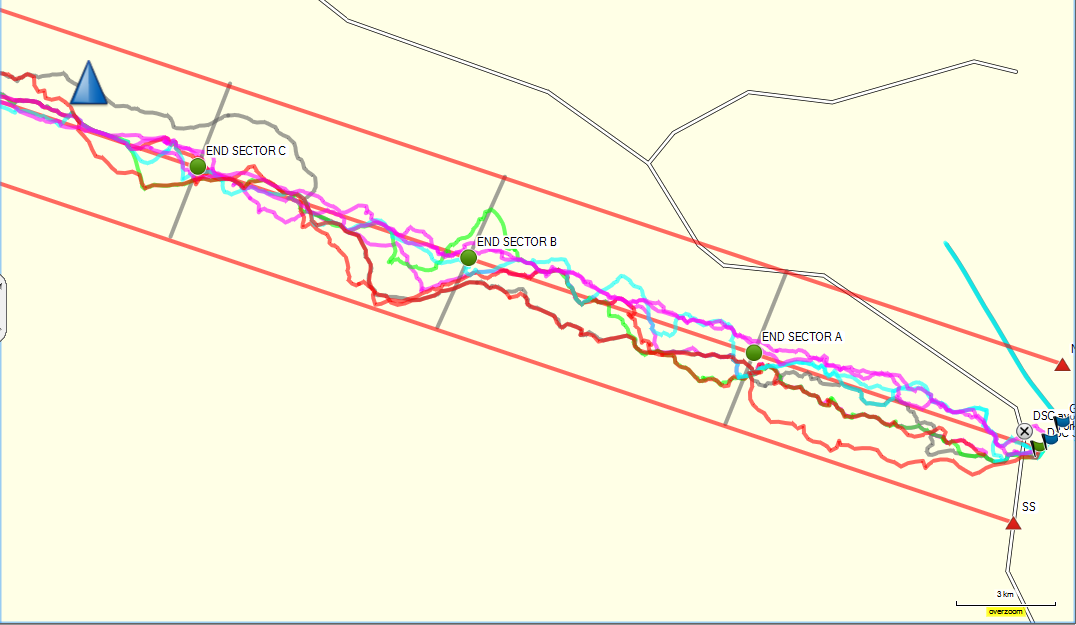 There are various criteria to be met – teams will have to have at least one long wheelbase car (Anything with 4 doors or an FJ cruiser), and one intermediate driver has to be included.  Team leaders have to be “authorised to list and lead trips” for their club – there are some seriously big dunes 0ut there and we want everyone to arrive at the campspot safely! 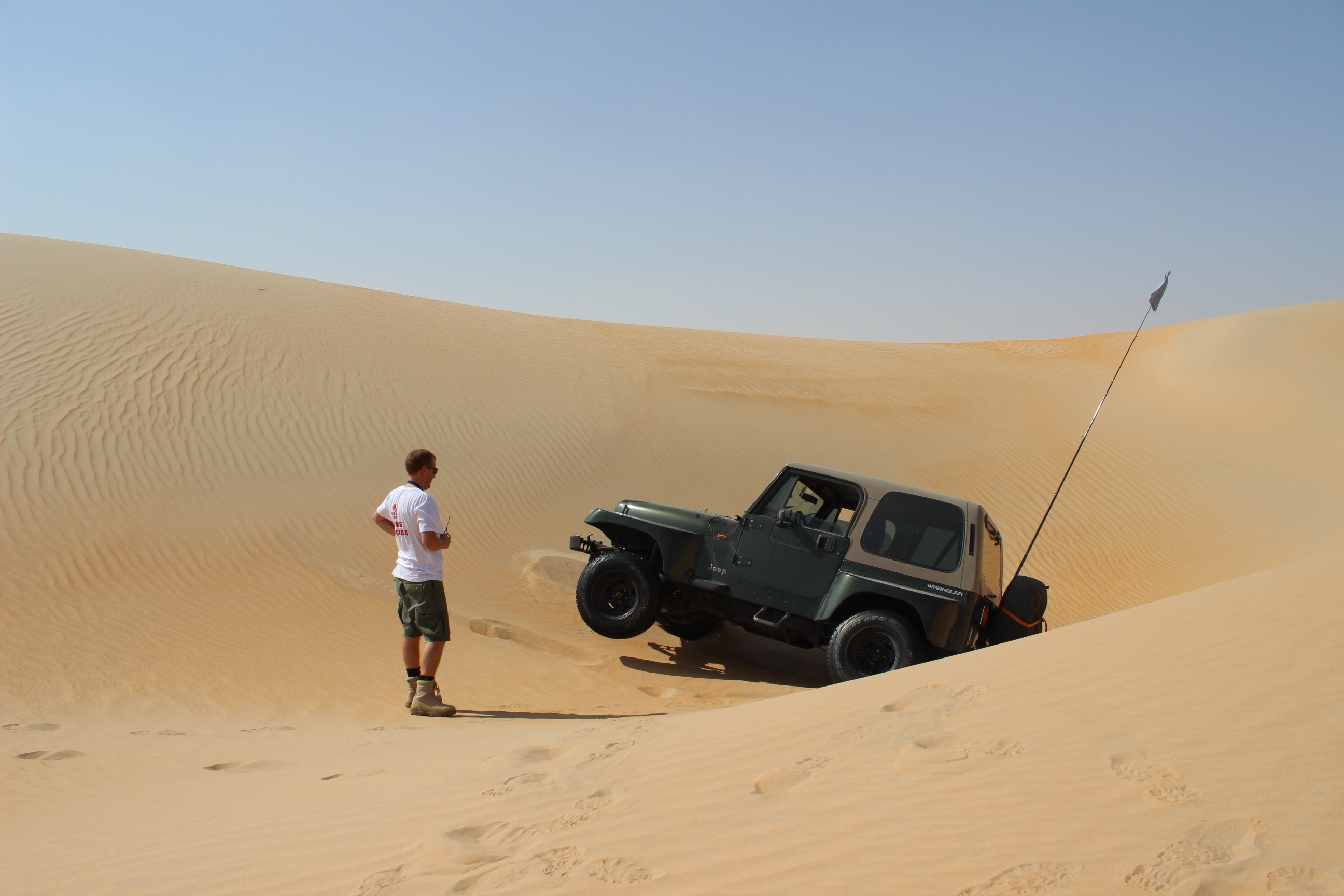 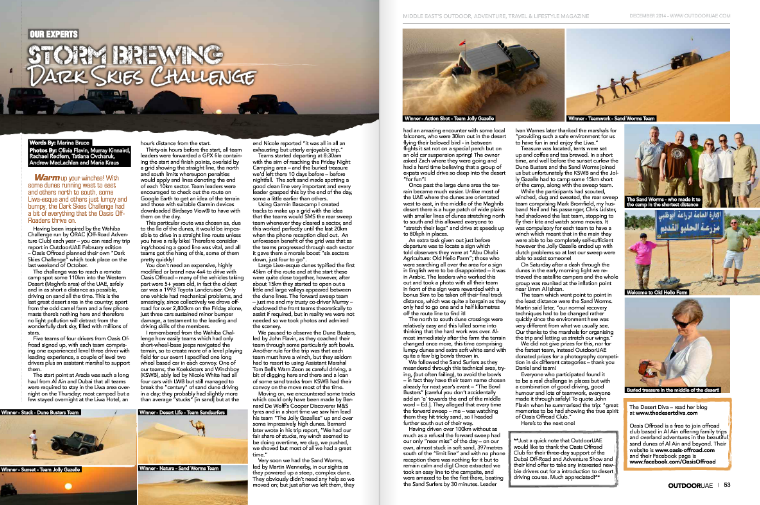 and for all lovers of statistics, here’s the trip report I submitted to Oasis Offroad.

“The tracks have all been received; the team leaders have written a trip report for their team; photos have been submitted.
Cars have been washed; sand has been shaken out of shoes; offroading gear has been stowed away “until next time”.

First of all I would like to thank every single participant, driver or passenger, for having faith in my idea and coming along for the weekend. I know some of you had to re-arrange holiday schedules, take time off work and swap shifts with co-workers to clear enough time to drive the 400kms from Al Ain to Arada, traipse across the desert before driving back from Ghayathi at the end of an exhausting weekend!

So now it’s time to announce the WINNERS. And guess what – everybody who took part WON!

If I had told most of you two years ago that you would be able to navigate your way across the most remote of deserts in small teams with no outside support or assistance – would you have believed me? Yet you all managed to clock up over 100kms in varied terrain and you did it in style! 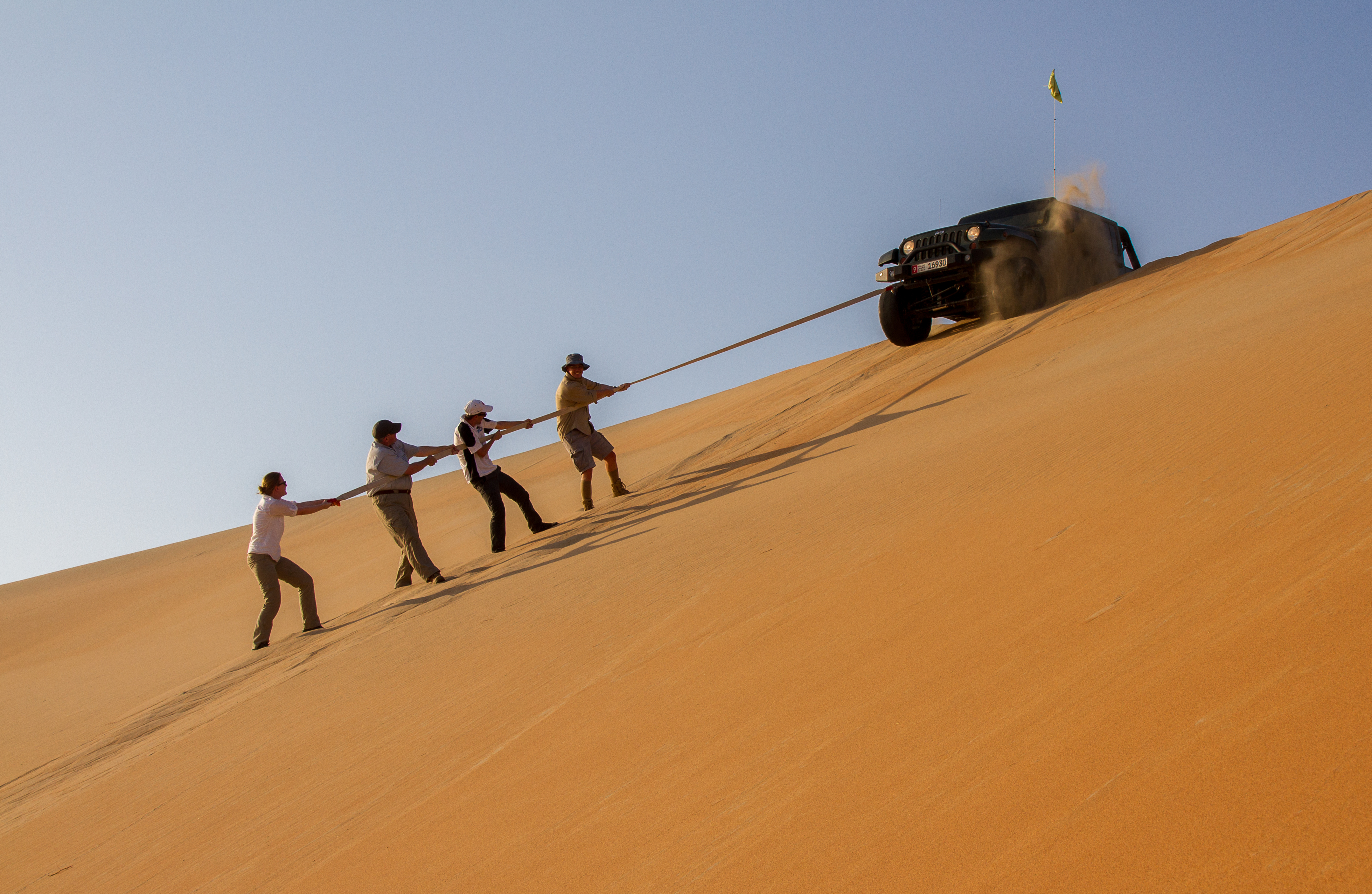 Many of you had never driven in Liwa – well we started there in the big dunes around Arada before our route took us north through the Magrib (Western) Desert. The area was chosen as it is one of the last places in the UAE you can really “get away from it all.” The particular route was chosen as due to the lie of the dunes, it’s impossible to do a straight line unless you have a rally bike! Therefore considering/choosing a good line was vital, and you all got the hang of this, some of you pretty quickly!

Quite a few of you had never had the chance to clock up “serious” kilometres before the event – welcome to the “century plus club”, all of you!

5 teams of 4 participants with assorted passengers. A forward sweep team of 1 and a rear sweep team of 2. All in all 36 brave souls taking on “the Magrib”!

The youngest participant in the challenge was Zach who is only 26.

The team who have clocked up most life experience are the Koeksisters and Winchboy (KSWB).

Every team had to have at least one long wheelbase car – KSWB must have misread the instructions as ALL their cars were LWB!

Casualties – one burnt out clutch (still could move though, just not change gear), and 3 minor bumper damages.

The total kilometres the whole group drove were an amazing – 2831kms – driving this distance from Al Ain would take you to Nepal, Somali, The Sudan, Egypt, Turkey or Kazakhstan!

The fastest speed clocked was by the Dune Busters – 81kph – please tell me you were doing this on one of the flat plains! 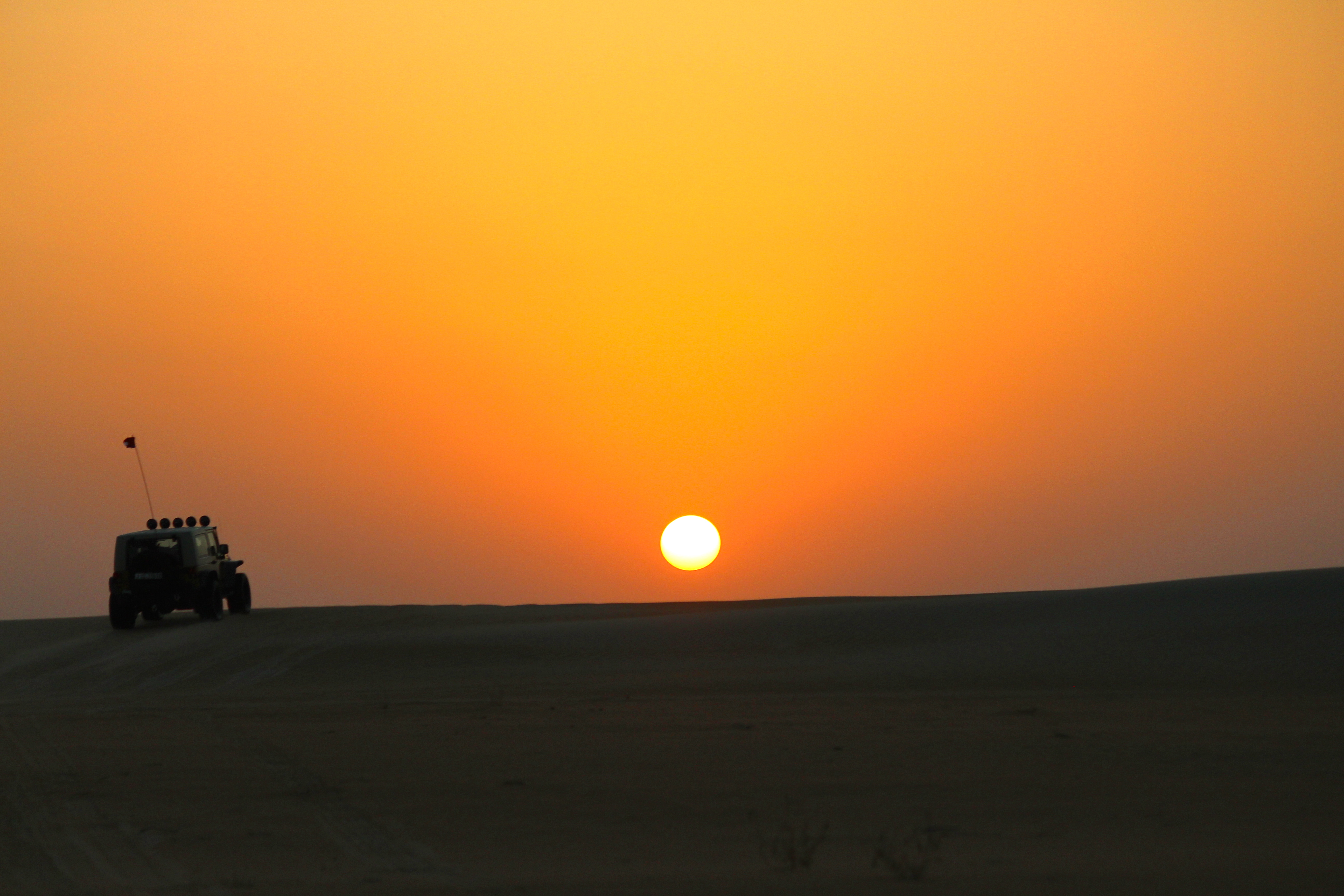 The teams undulated over the dunes climbing an amazing 33420 metres – that’s 4 times the height of Mount Everest!

Average speed over the day (including stops for…. well, why did you stop?)

The shortest track driven on 31st October from DSC Start to campsite was 118km by Martin and his team, well done the Sand Worms!! 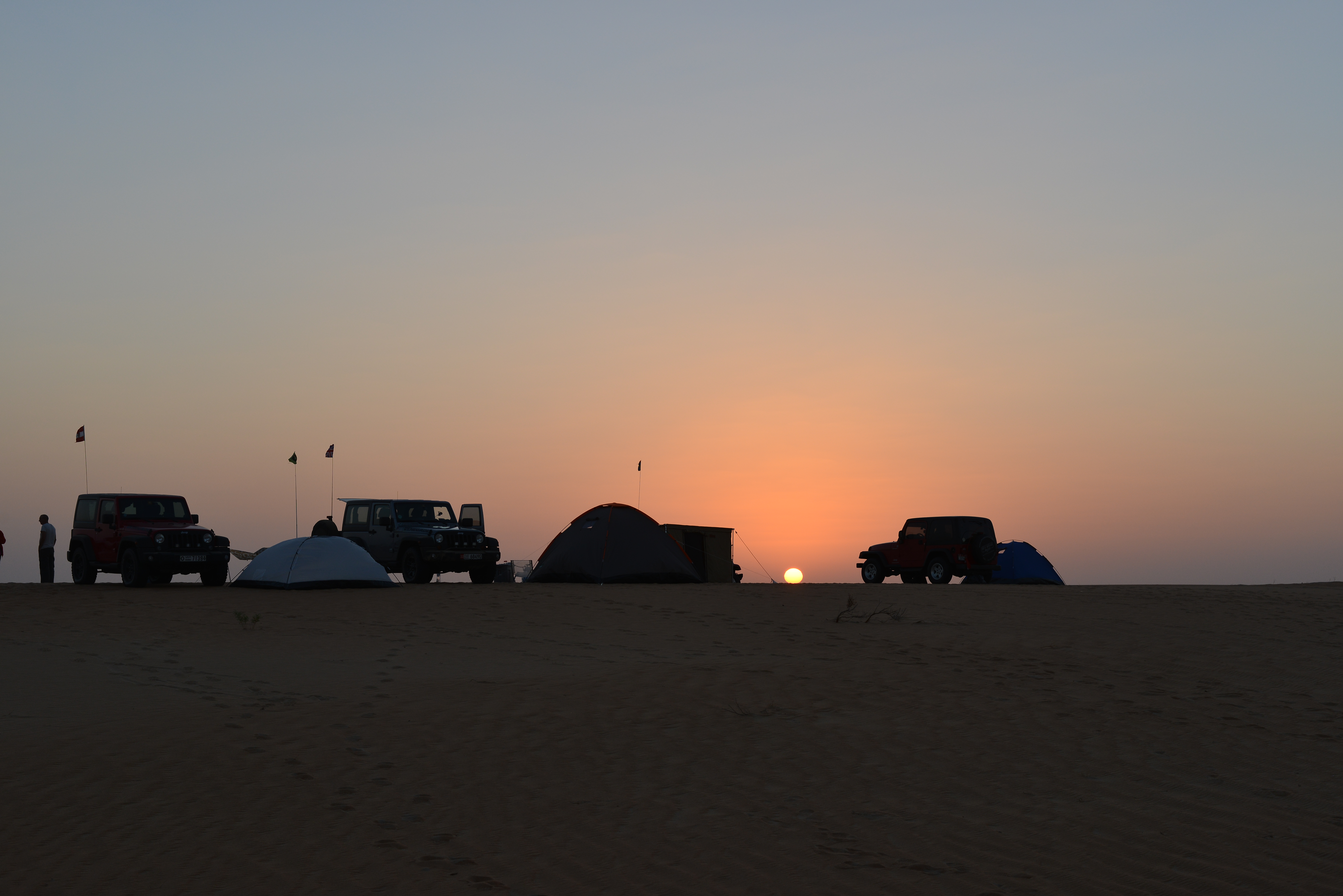 Sunset over our campspot