With the bikers heading out of the bivouac at first light to assemble at the “mass start” which is now an eagerly anticipated part of SS2, two Eurosport cars were also on the road to reach their destinations of PC1 and PC2, situated on the Ghayathi-Arada Road.  We went our separate ways and after deflating and saying a quick “hi” to my friends at PC2, we made our way to the first waypoint – which looked quite good.

The only problem being, a camel farm had sprung up between the road and the waypoint, and we thought that the opening team may have re-routed the course slightly to keep away from the camels.  Of course neither myself or my passenger had thought to pick up the route update sheet the evening before, so we had no way of knowing exactly where the rally would pass – there was nothing for it but to drive to the next waypoint. 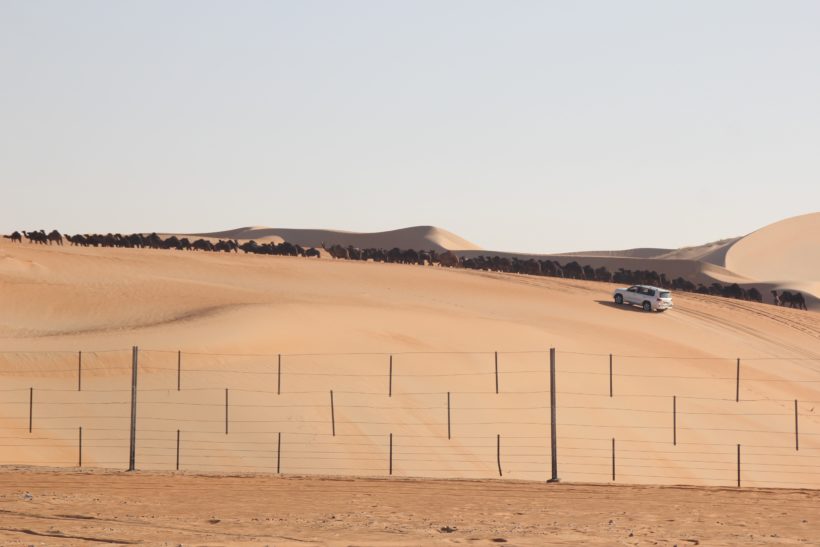 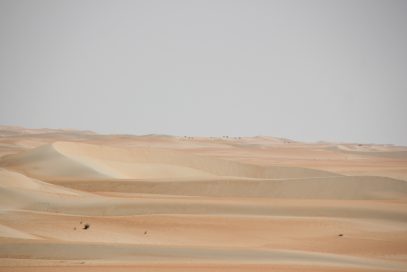 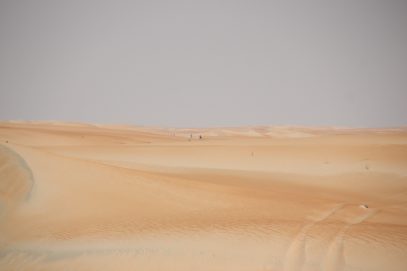 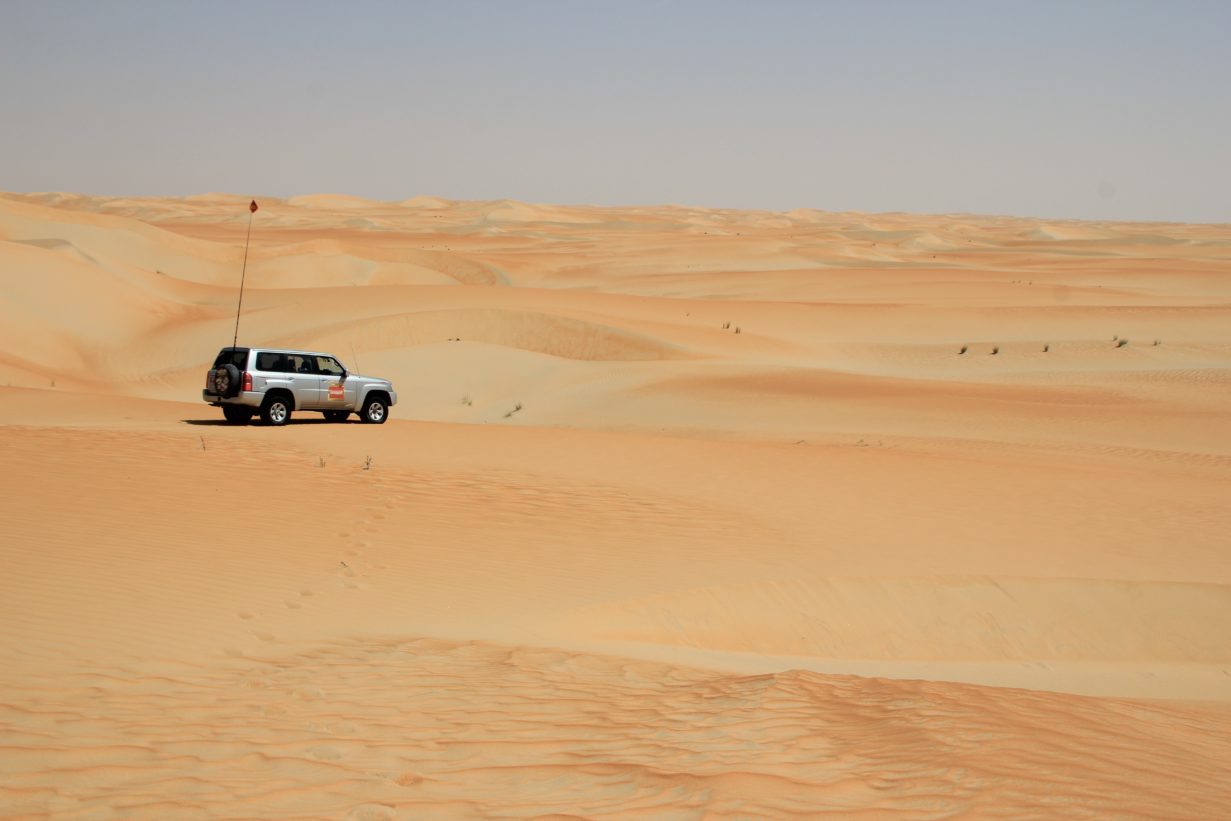 We hadn’t been stationed for long until we heard the distinctive sound of massed motorbikes coming over the dunes – the mass start means they had started as a group of 15, and surprisingly most had stayed together to arrive at PC1 as a group of 14, then refuelled at PC2 as a group of 14.  One biker had dropped back slightly but that still meant a cluster of bikes which I believe was a challenge to film! 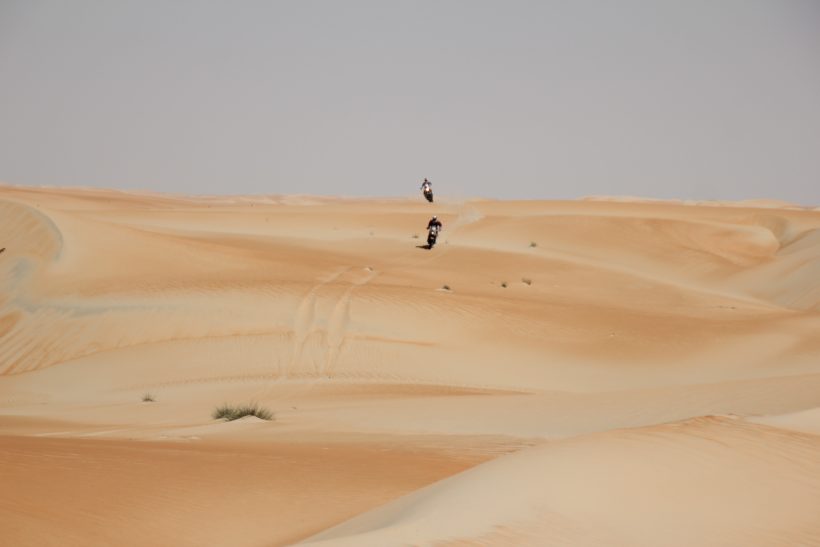 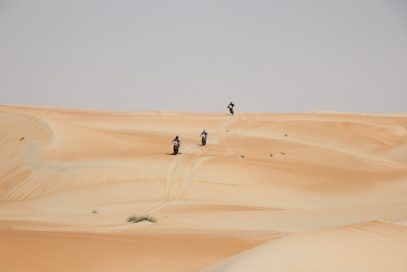 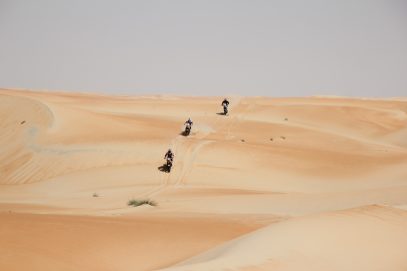 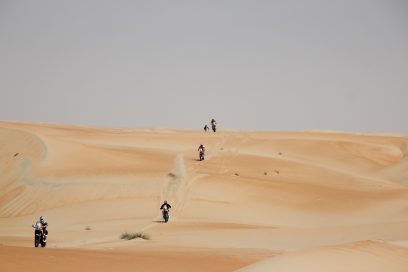 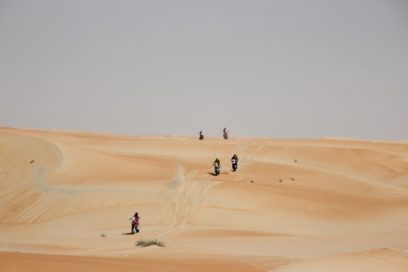 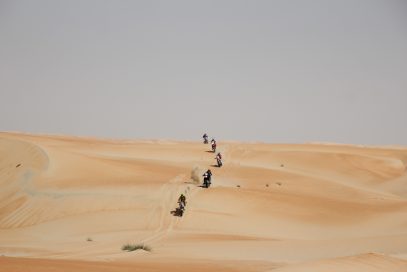 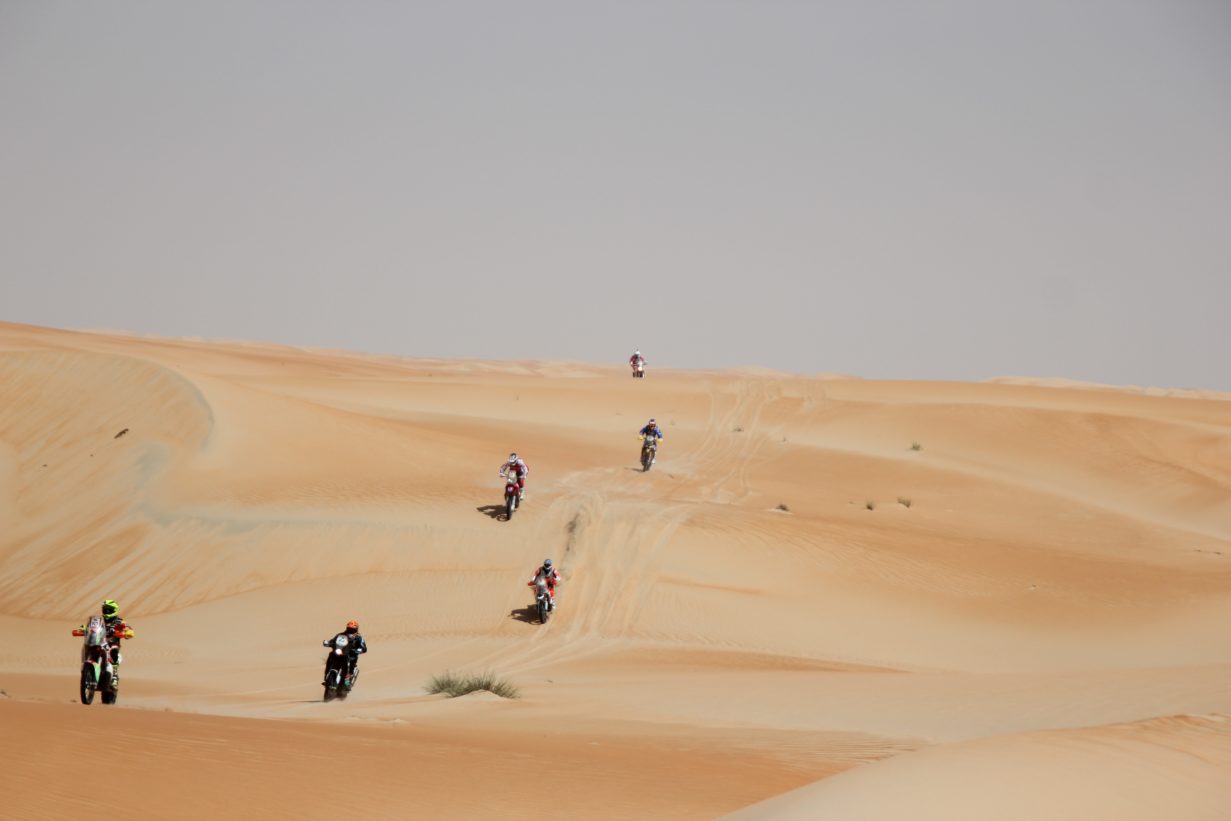 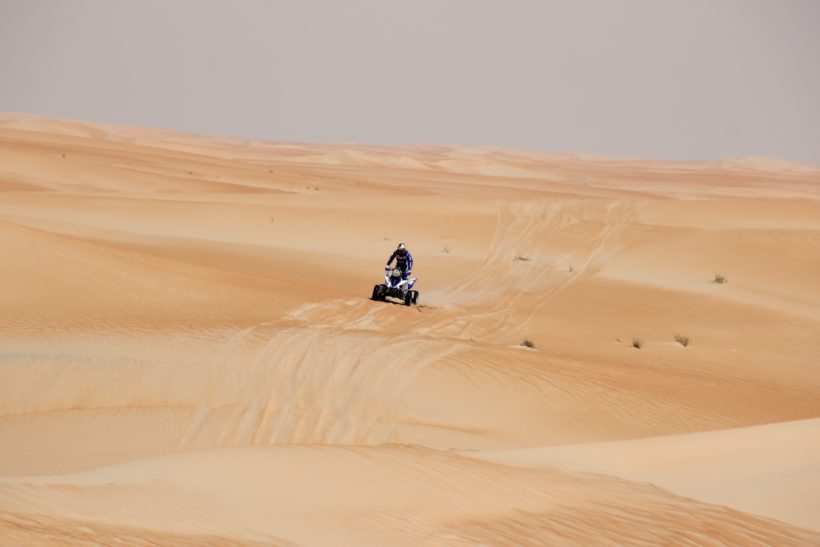 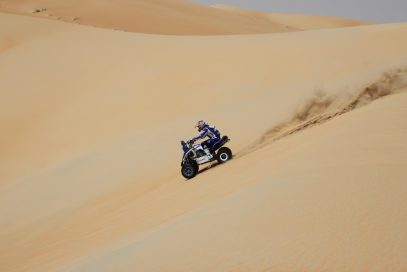 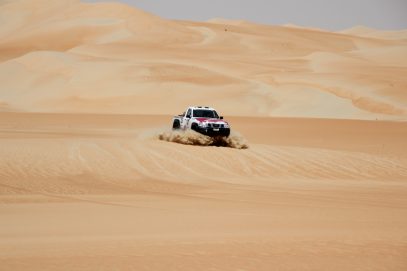 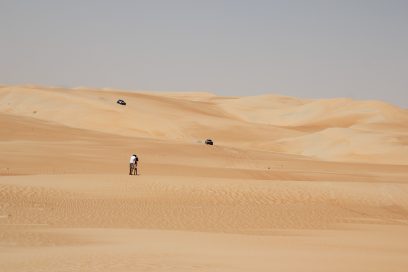 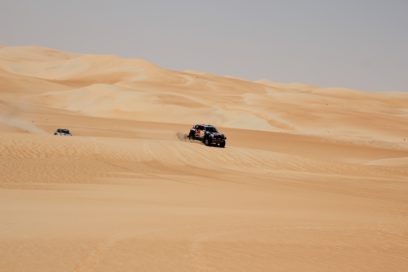 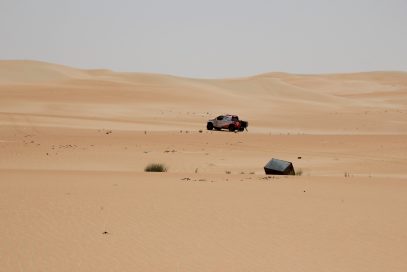 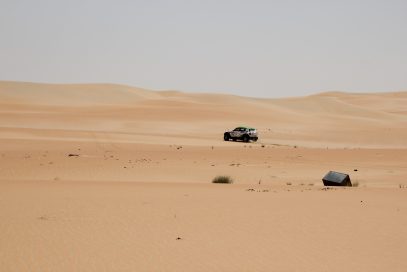 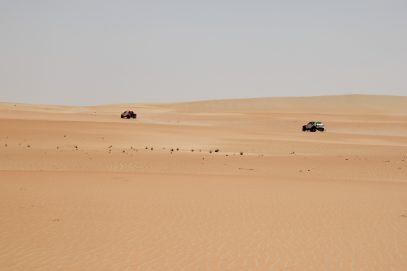 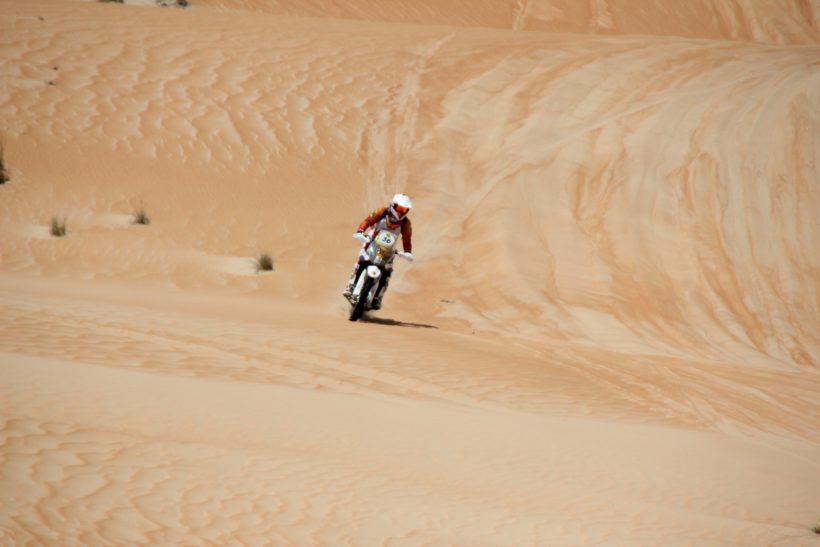 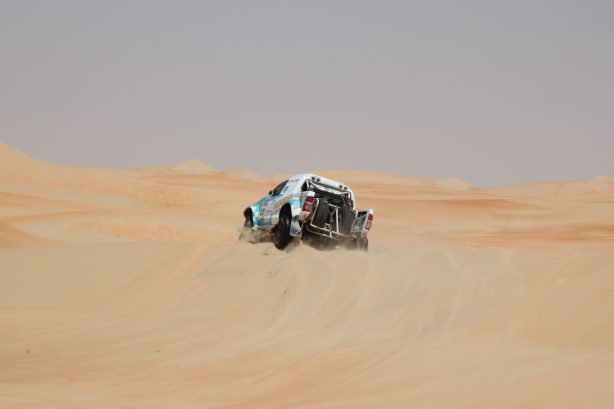 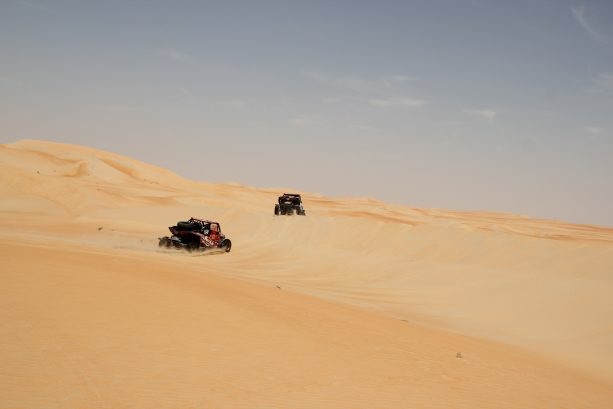 Once we had the top 15 or so cars filmed then it was time for us to drive out – following the course just in case there were any “stories” along the way.  Unfortunately or maybe thankfully there weren’t – well apart from me getting stuck for the first time in 2.5 years of driving the course with Eurosport.  Thankfully a competitor support team were on the course to recover a quad so they rescued me from my predicament, though sadly I had informed Streaky from the sweep team of my stuck, and I am sure he will never forget! 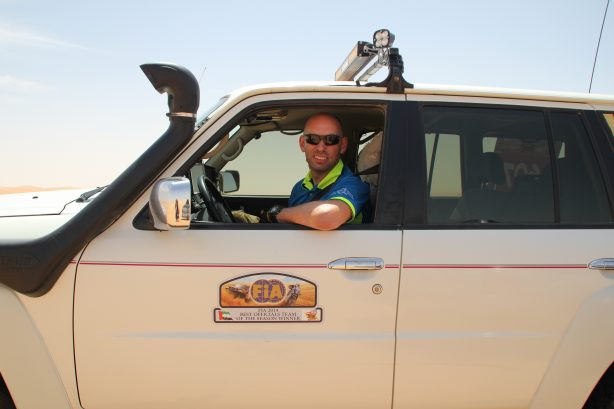 Sean from the sweep team 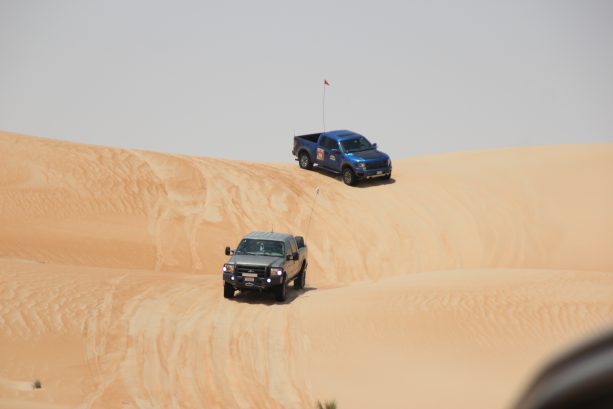 I have to say that driving 50kms of churned up dunes was not the most pleasant offroad driving I have ever done but we eventually reached the road at PC3, re-inflated before driving as fast as I could to get back to the editing suite.  Too fast in fact, picking up my first speeding ticket in 33 years of driving!  Some days you just want to end! 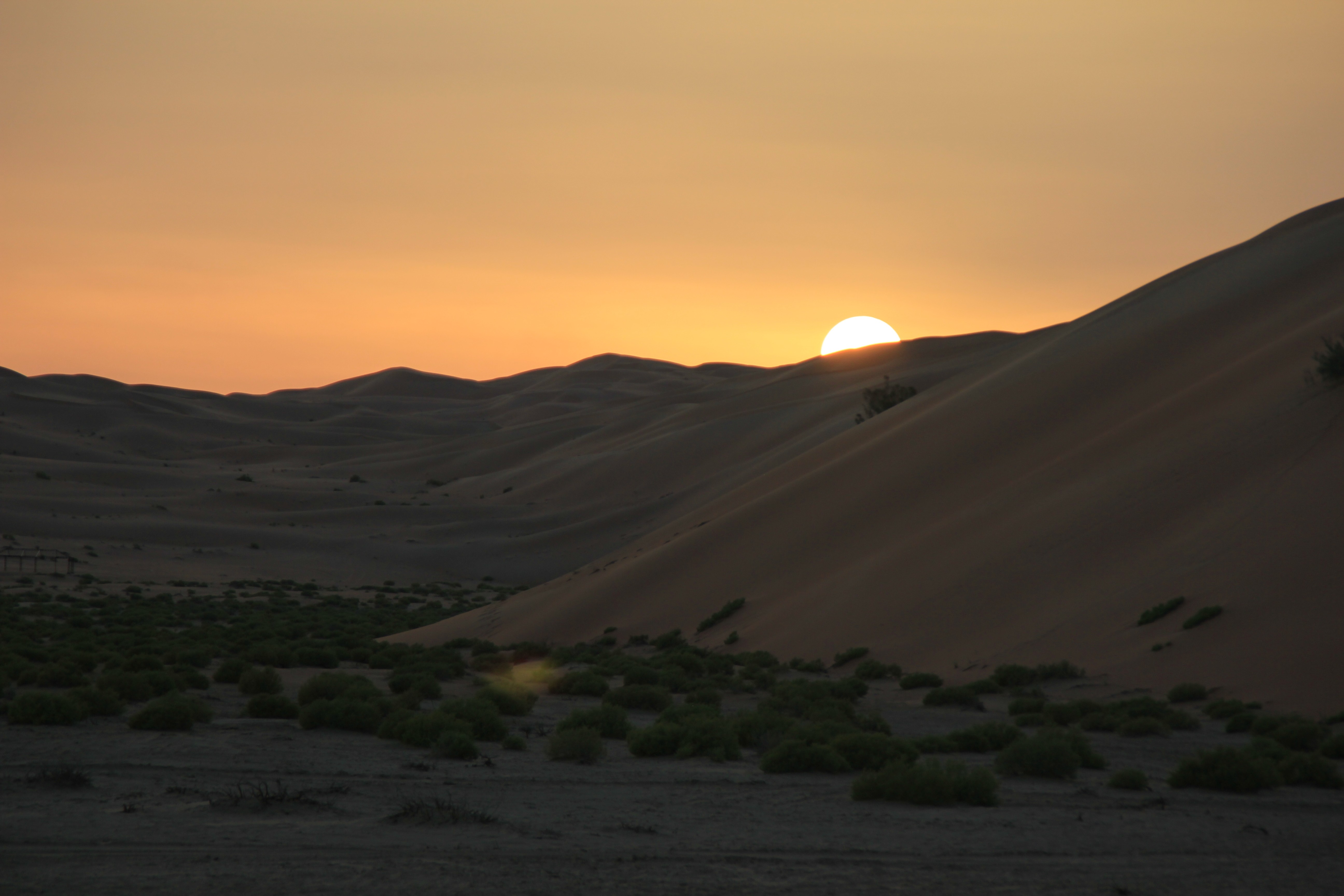 Suffice to say, after a hot shower, a beautiful sunset and a tin or two of beverage I could reflect on a day that although frustrating at times, hadn’t been too bad after all!  And driving Eurosport round the course is still, in my opinion, the very best volunteer marshal job on the ADDC!

Results – stage and overall – are available to download here.