Just off the Al Ain-Nahel Road (E95), some 15kms from the Garden City, you will see a large stratified rock, rising high above the surrounding desert and farms.  This is the Qarn/Gharn Bint Saud and it is hard to miss, being some 800 metres long by 25 metres wide and 40 metres high. 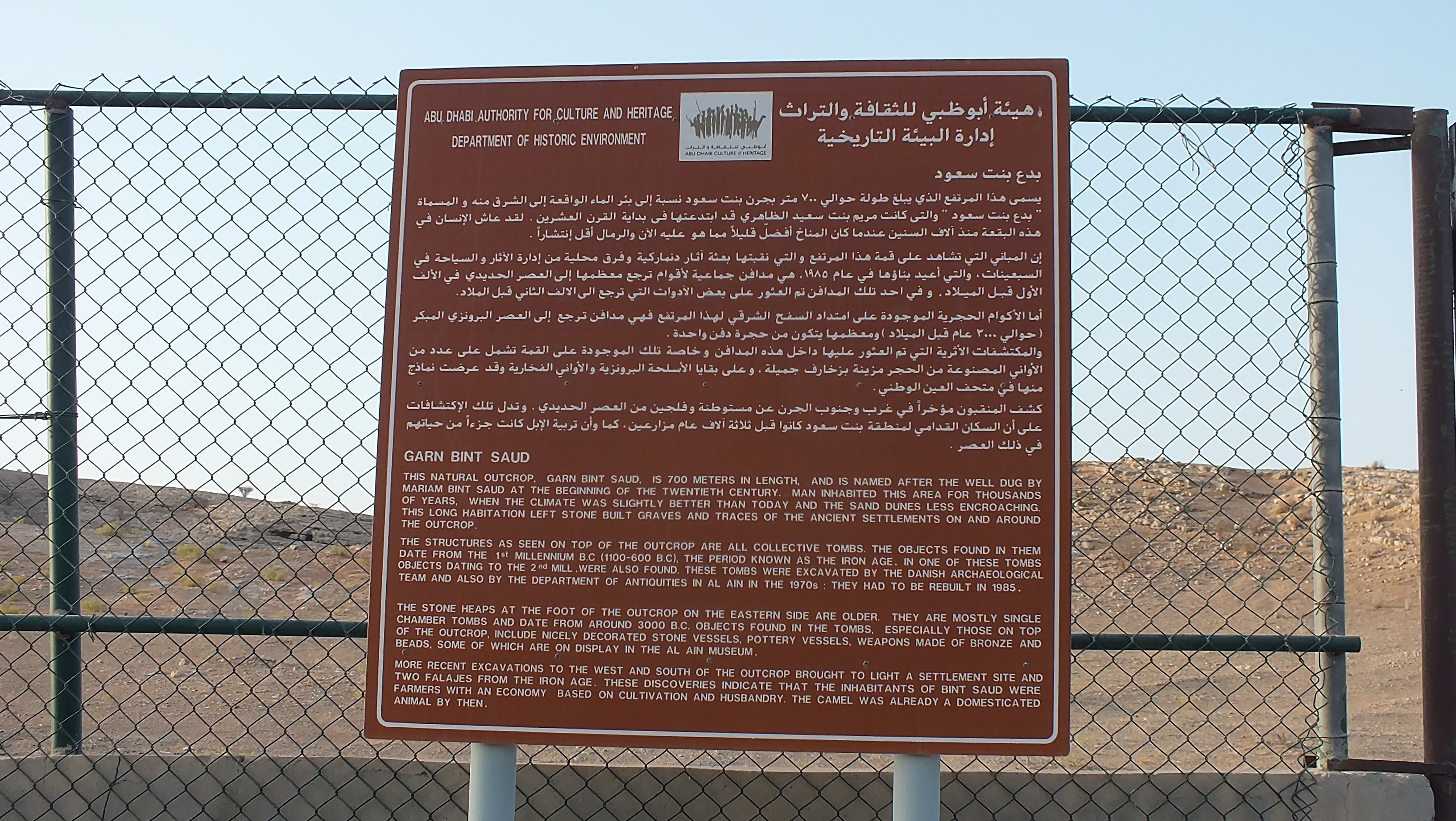 In this area, the  Iron Age covered the period from 1300BC  to 300BC, and excavations have yielded many artefacts from that time, including double edged swords up to 40cms in length.   Archaelogists from Denmark were the first to investigate the Gharn in the 1970s followed two decades later by a local team who established that a very early falaj (watering) system was in use here some 3000 years ago.   Before this find and others in the nearby Hili area, it had been thought that the falaj had been developed in Persia.

Remains of a public building were found a few hundred metres to the west of the outcrop, the first of its kind in the region could have housed the administration of the Falaj which would have had responsibility for distributing the water rights.

Tombs were also found, near to the base of the Gharn, similar to those at the foot of Jebel Hafeet , dating back to 3000BC.

Did you know that Al Ain is one of the oldest continually occupied settlements in the world?  Access to water as well as copper in the nearby mountains made life possible in this area for the earliest occupants who took refuge from the red sands of the surrounding desert. The falaj made small scale farming possible and there would have been a relative abundance of scrub plants for livestock to graze on. A series of Iron Age sites to the North suggest a caravan route linking Al Ain with Dubai, Sharjah, Umm and Quwain and Ras Al Khaima.

These days Bida Bint Saud is completely fenced off, although 4×4 owners can drive round the perimeter.  Some friends who have lived here long-term tell me you were once able to climb to the top but the fence was when it came to light that people were finding and removing artefacts, These days you can find some of the items unearthed in the digs, such as stone pots, jewellery and tools on display in the Al Ain National Museum. 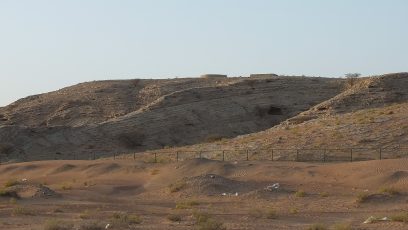 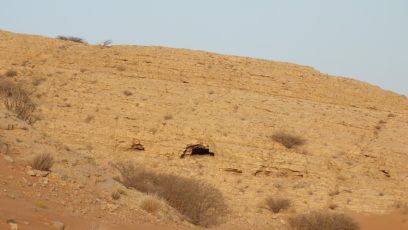 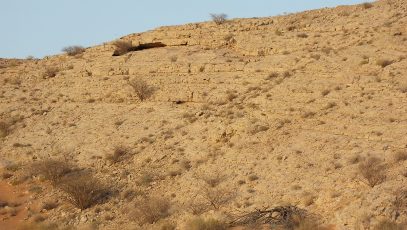 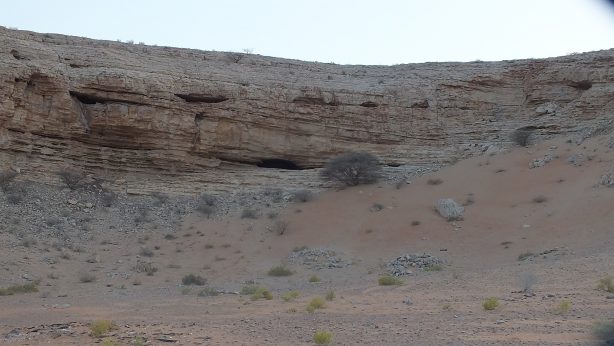 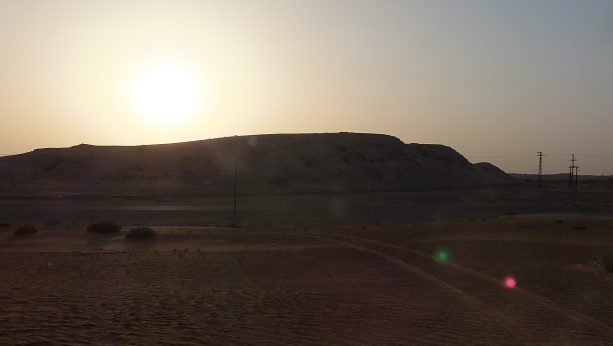 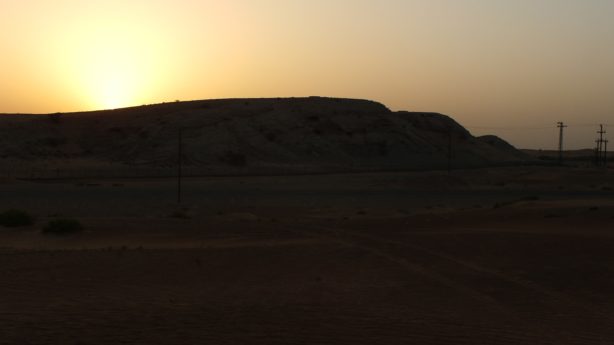 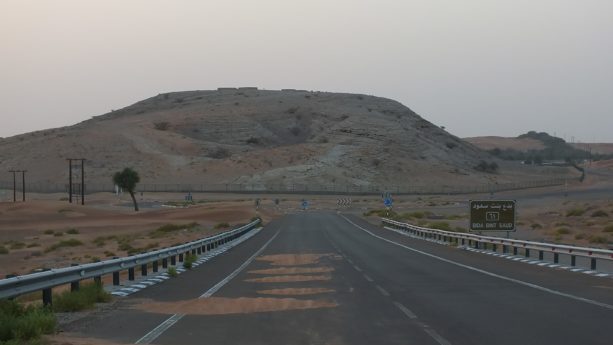 And here’s the google earth view. 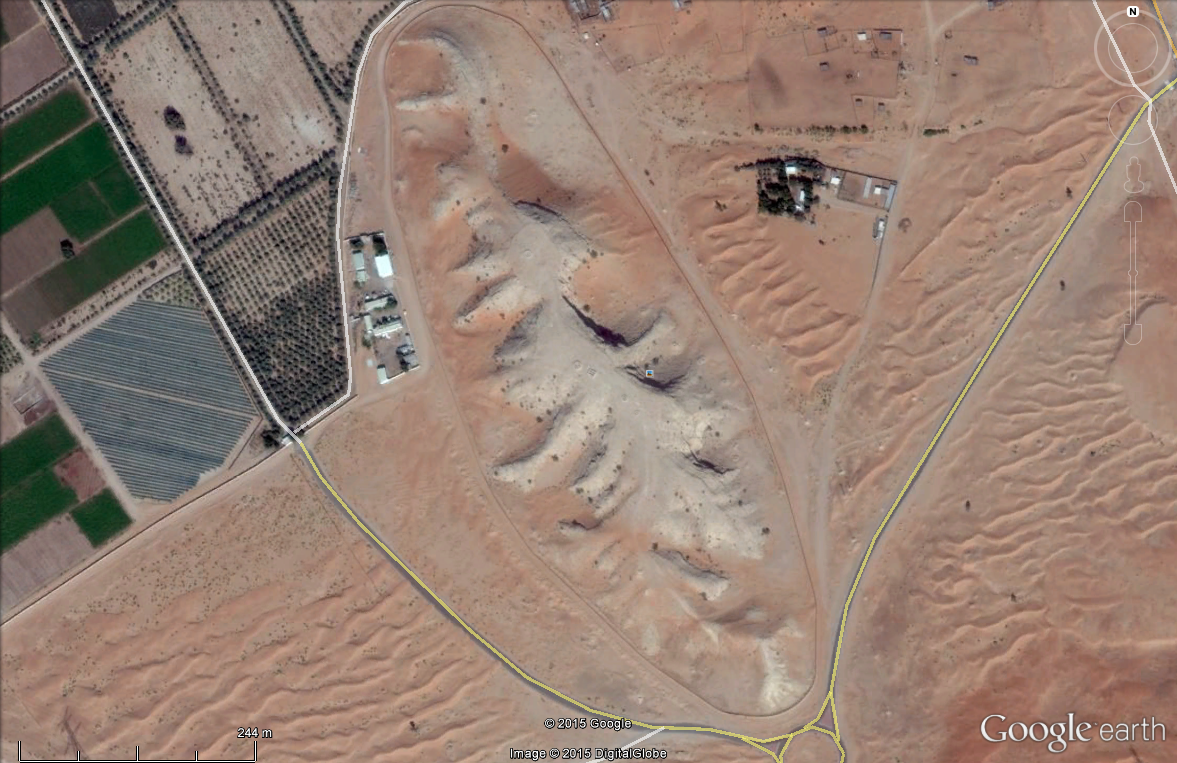 Further Reading: From the Gulf News 1998