Don’t look so surprised – surely you expect my “broken” photo to be automotive related? 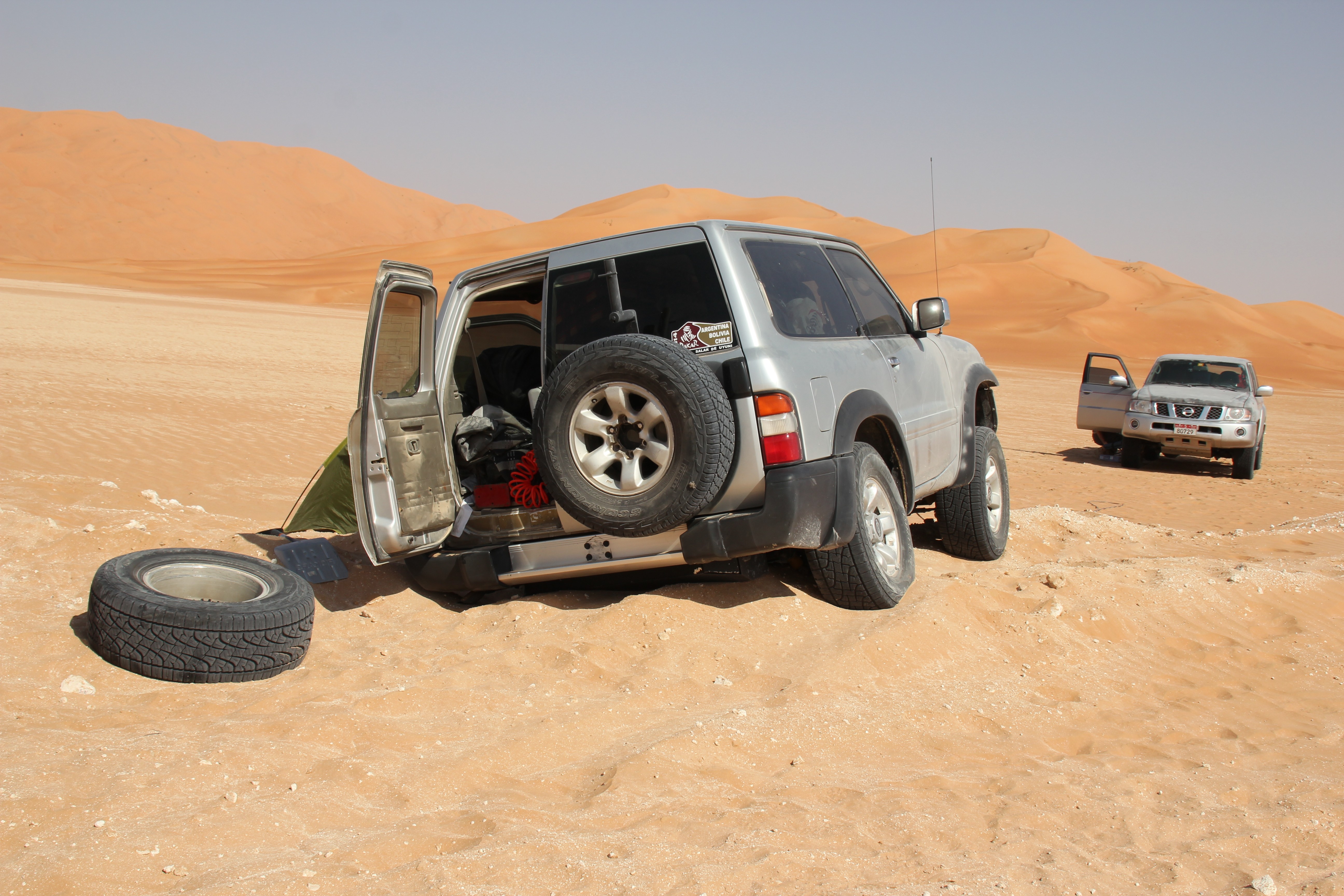 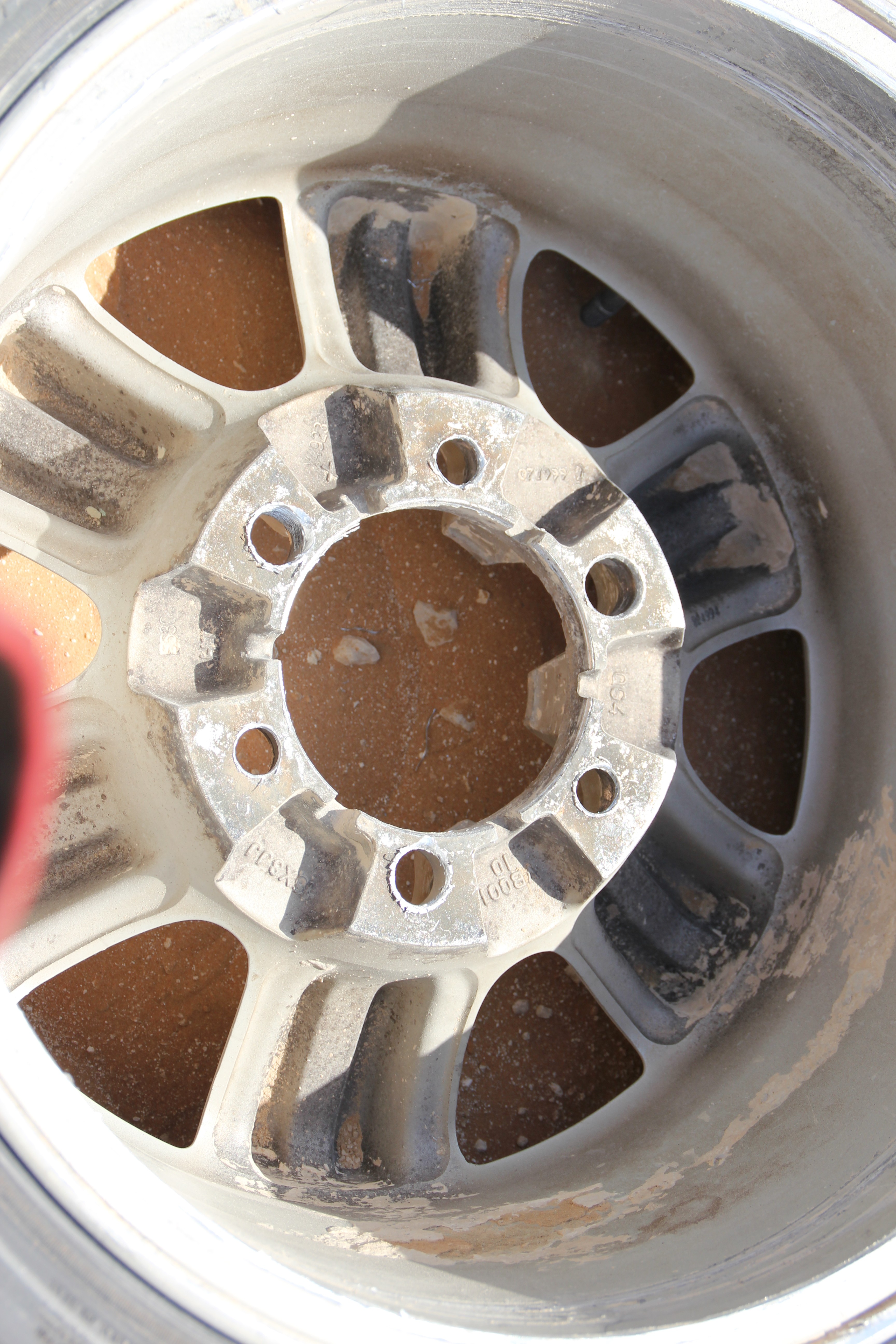 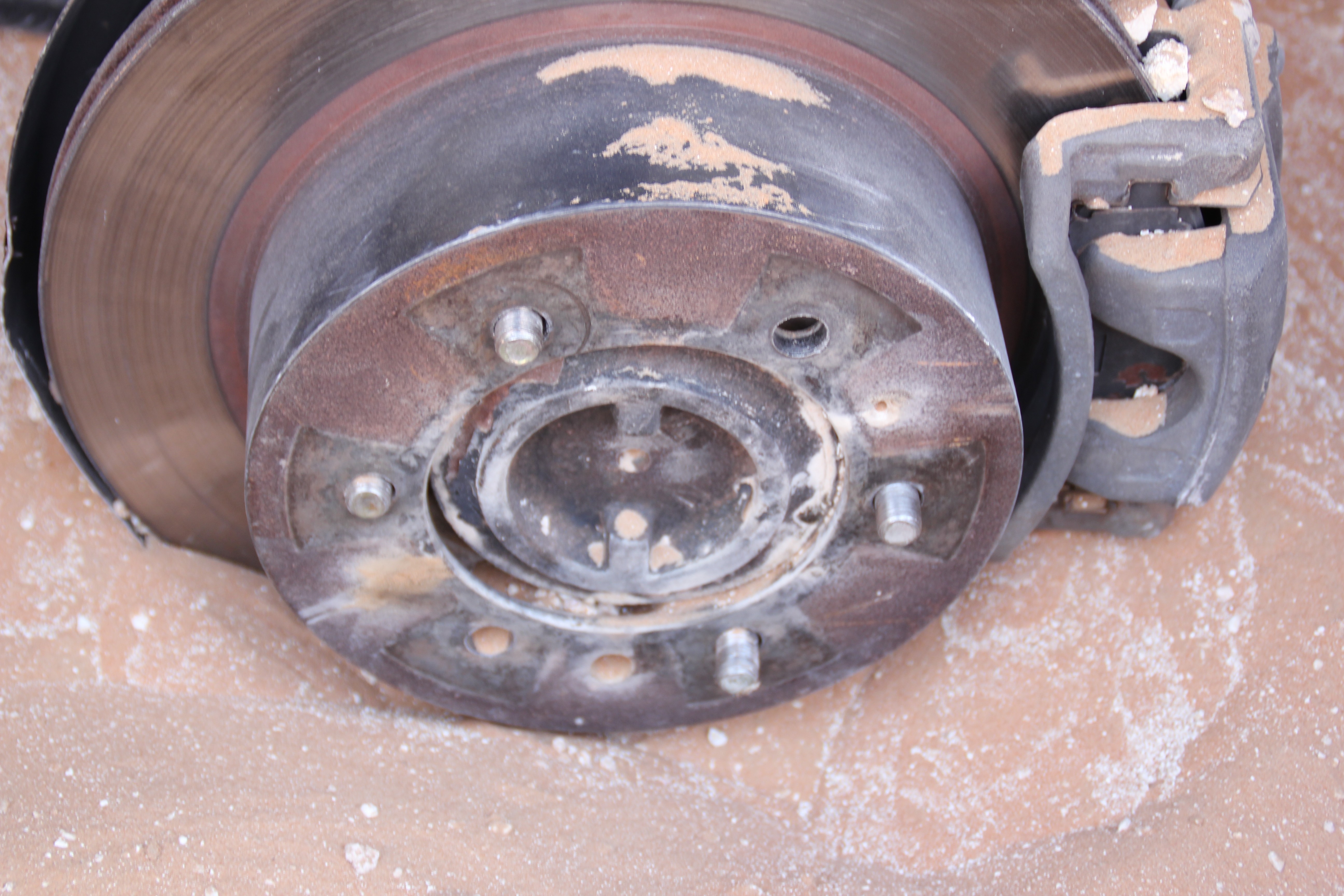 There are lots of wrecks in the desert, vehicles struck down with mechanical issues so far from civilization it would not be viable to recover them; this was the day that my beloved little car almost achieved that status!

When we woke up we noticed that one tyre had a puncture so we changed the tyre, drove off ….. and didn’t check it again.

The offending wheel eventually worked its way free of the hub around 200kms later, some 1km from the Saudi border with Oman and 300kms from the nearest town, Ibri.

This was the first and only time we have had to use our Satphone in an emergency and we “phoned a friend,” Mike Nott (author of Adventure Routes UAE and Oman), who suggested we backtrack to the Abu Tabul army base some 22kms south of our location.  We had passed there half an hour before but never given it a second thought as a) we didn’t need help at that point and b) it looked deserted.

Turns out there were lots of soldiers inside, who were a bit surprised to see us, especially a man and his wife driving separate cars.  Did not compute!  They told us they would convoy us to Ibri where we could get a recovery truck to come and retrieve my car; however they stopped and inspected the damage when we passed my car then declared they could sort it and get us back on the road – which they did!

Once the repair was complete and we were ready to move off, Tariq, a young Omani soldier asked Neil “why you come this way, good road Salalah to Ibri?”   “to see your beautiful country” said Neil.

Tariq looked at him incredulously “What’s to see – it’s only sand!!!”

I thought our unscheduled visit to this base would have been the most exciting thing to have happened to them for 40 years but it turns out they were able to help a fellow traveler a few years earlier.  You can read his story here and I am glad that he is here to tell the tale – he was so ill-prepared for the journey he is very lucky to be alive!  Never go deep into the desert, even on tracks, with less than two cars, and food/fuel/shelter for at least 24 hours – satphones are relatively inexpensive these days and are a must if you travel so far off the beaten track.

In response to The Daily Post’s weekly photo challenge: “Broken.”