I have not had much time to blog lately as I have been busy house training and walking our lovely new Saluki.

I had been planning acquiring a rescue Saluki later in the year and so had signed up on rehoming sites as well as touching base with some of the main people in these organisations.  A photo of a beautiful stray saluki, now neutered and vaccinated, appeared and I was instantly smitten so plans were brought forward!

I took him hom 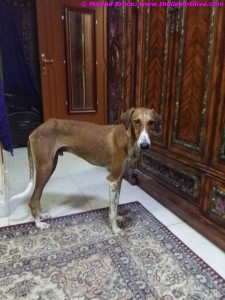 e around 3 weeks ago and am working hard to win his complete trust – not easy, as he is scared of his own shadow – and have my fingers crossed that he can adapt to my hectic lifestyle to become my constant and permanent companion.

He came to me with the name “Prince George” but since I am married to a republican I thought I had better change that asap.  A facebook appeal to friends to suggest a suitable, culturally sensitive, Arabic name came up with some grand suggestions and I narrowed it down to

The poor creature wa well confused as I tried these five names out on him, but very soon a clear winner emerged – Rahaal.

He has been out driving in the desert and so far is not too happy when I am dune bashing, so I have sought advice from dog-owning friends as to the best way to secure a long legged dog over rough terrain – going to try this out over the weekend.

He does like sleeping in the tent with me, but only til 5.30am, walkie time (meshi/meshwar) after which I attach him to the car and return to my bed for another hour or so! 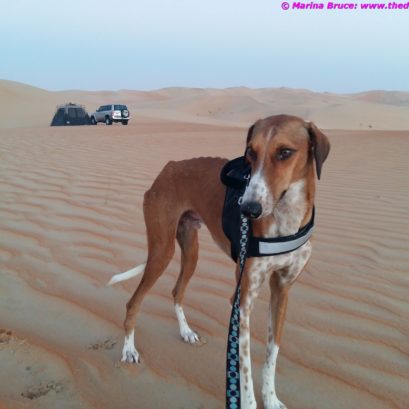 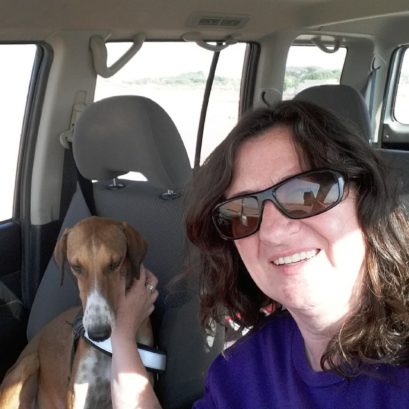 Ready for dune bashing… but he is not very keen! 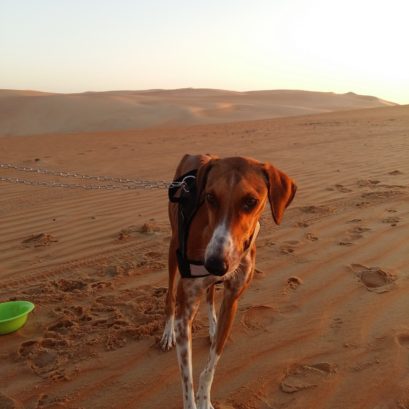 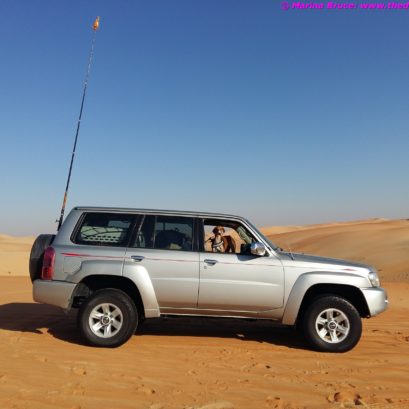 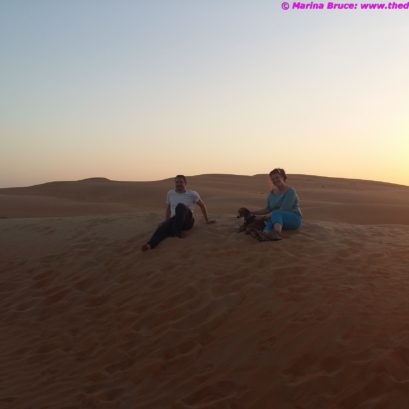 He loves the attention from my friends too! 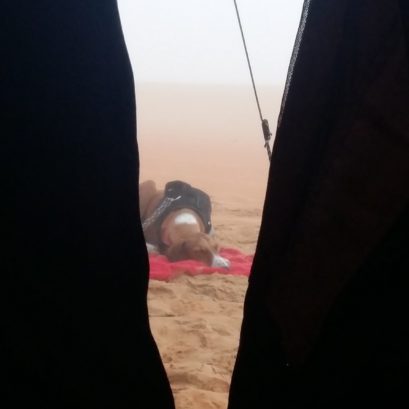 Not coming back into the tent….. 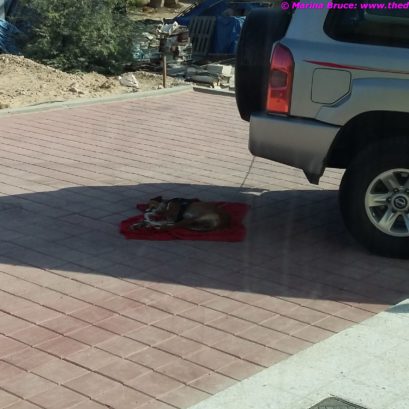 not coming back into the villa! 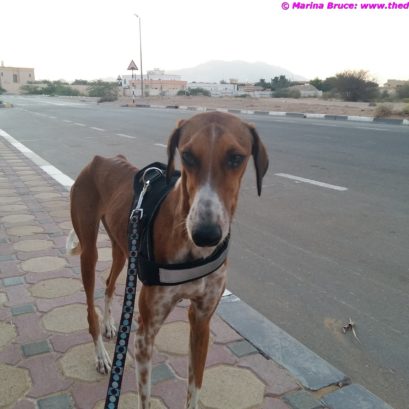 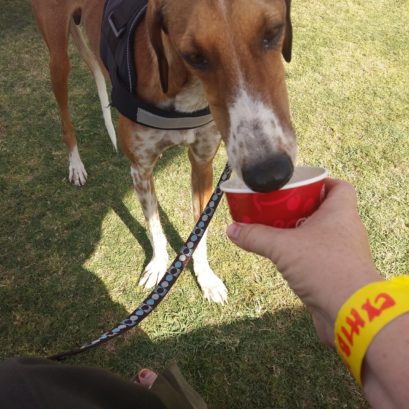 Rahaal is fast becoming an “outside” dog and for the last three nights I have been unable to get him to settle and let him out to sleep on “his” sofa in the garden – when we move home in 6 weeks we will have no garden so I am not sure what we will do then, watch this space!

Rahaal joined the family when my husband Neil was offshore, here’s their first encounter!  I’m off to sit and chat to my dog! 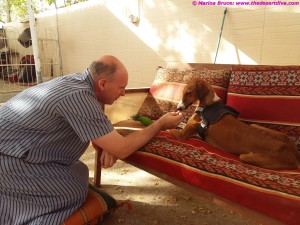