This morning I woke up in the desert, just a few minutes after 7, in time to enjoy a beautiful sunrise – although not quite as beautiful as the sunset last night 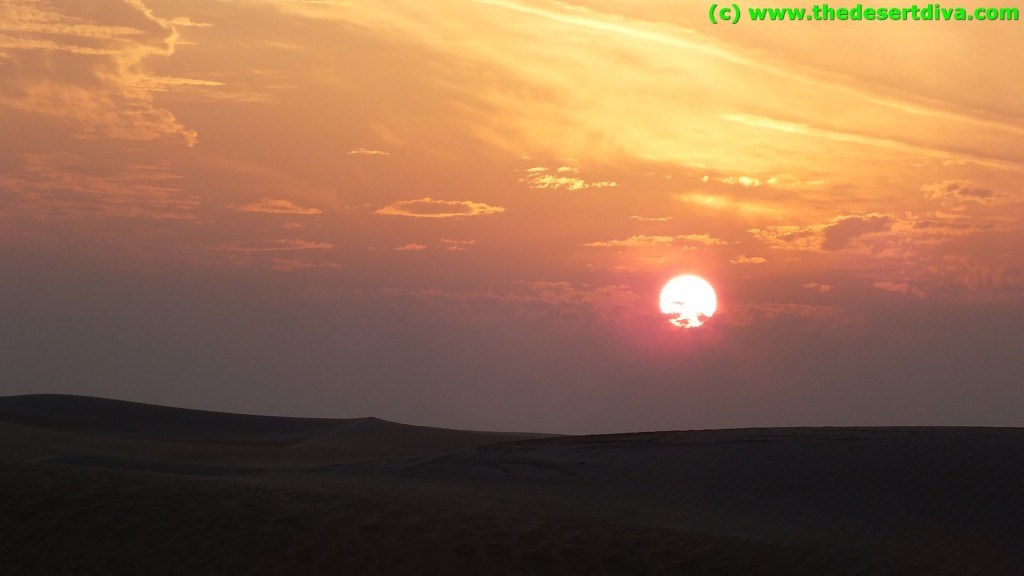 Overnight, at 2am to be precise, we had a shower of rain, quite heavy at first, reminiscent of many a Scottish camping holiday.  The weather in the morning was cool, but not too cold and the warm sun made the temps rise quickly. 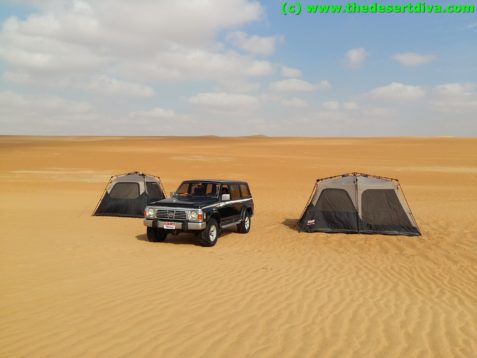 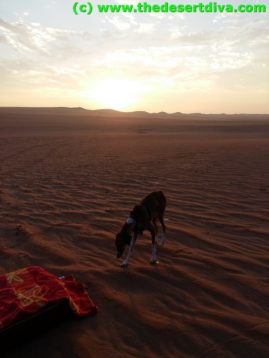 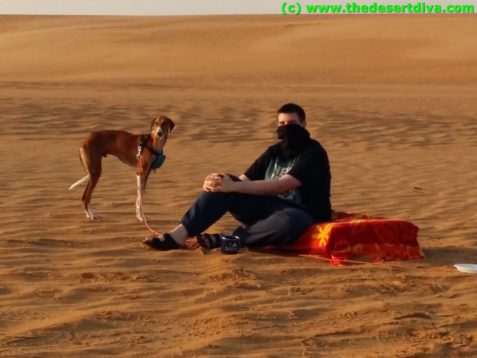 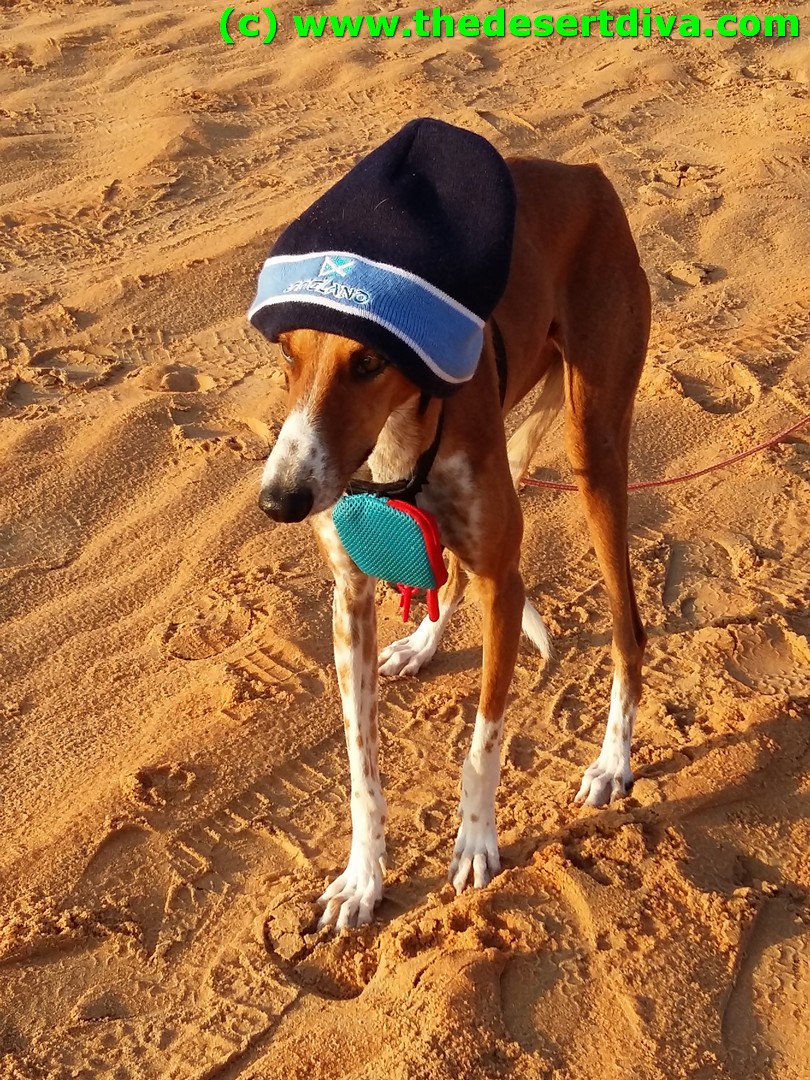 One of our Al Ain friends had asked if we would host a desert camp for her family which was a great excuse to camp so close to home! It’s so easy to reach this part of the desert from our new abode that I left the tents there to dry out with plans to return in the afternoon – it was a good excuse for a desert excursion.

Our friend Zach accompanied us and we decided to access the campsite “over the dunes” rather than the easy gatch and sandtracks.  The area we were crossing is notoriously technical and soft, but with two deluges in the last 48 hours I was confident we could cross easily….. 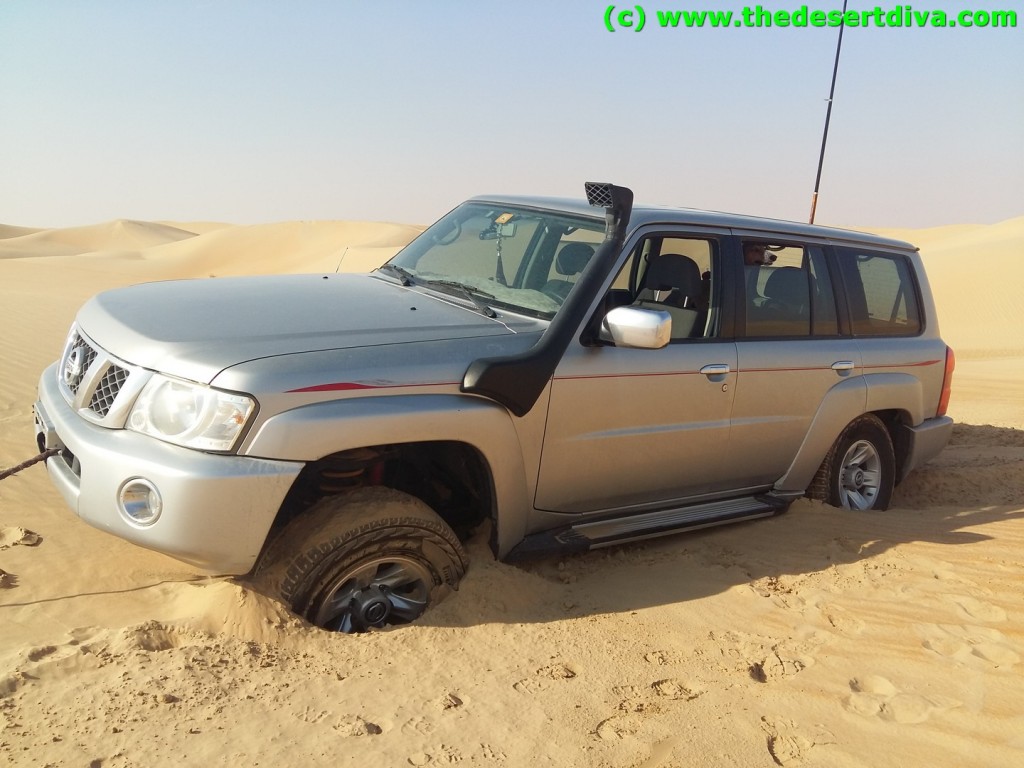 I had the only stuck of the day and had sunk so deeply there was little point in even attempting self recovery; there was nothing for it but to hook my winch rope up to Zach to pull myself out.  Did you know that the first stuck of the day for the convoy leader is “free”?

Our foray in the afternoon was not only for tent collection, but also to let Rahhal off his lead for the first time since we had him, hoping that Zach’s two dogs would work out as good playmates for him.  It was wonderful to see him run – the speed he is capable of is awesome! Thankfully he came back! 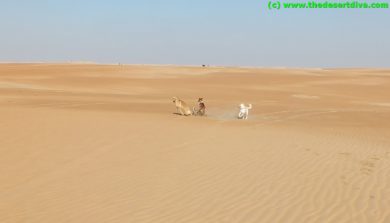 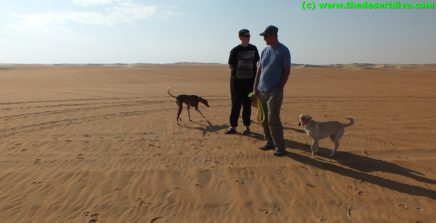 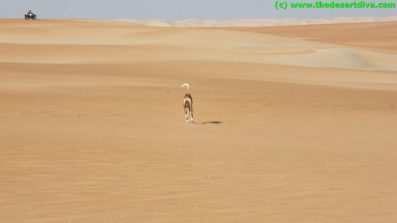 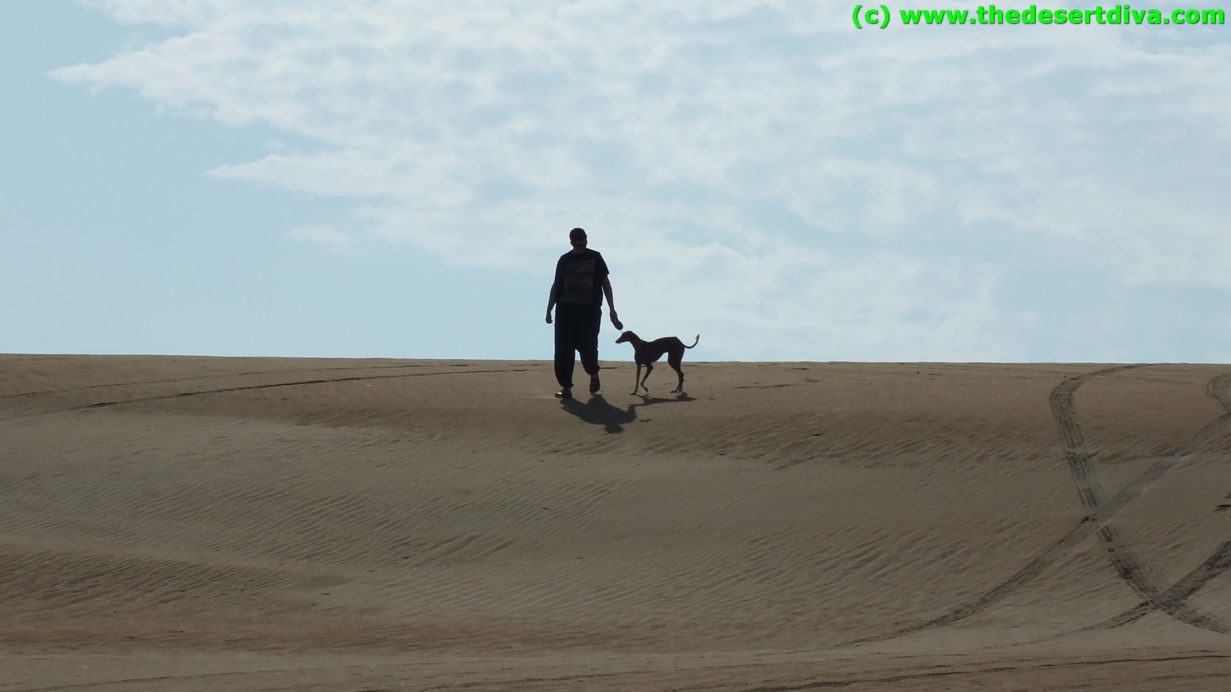 While waiting for the dogs to tire themselves out, we watched some modern day herders bring their camels in for the day

On our return to the outskirts of MZ, Cameron noticed some young Emirati men exercising their falcons.  In common with the falconers I met in Al Ain, they were very keen for us to see their birds fly and to learn more about the sport. 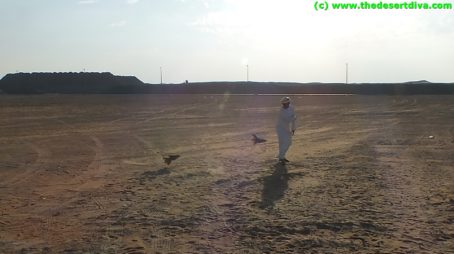 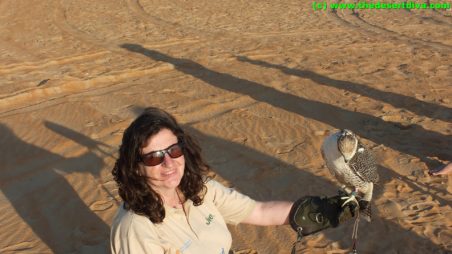 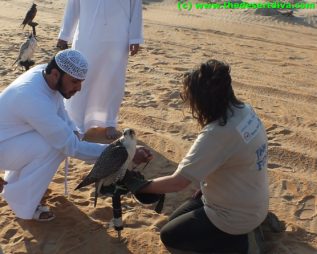 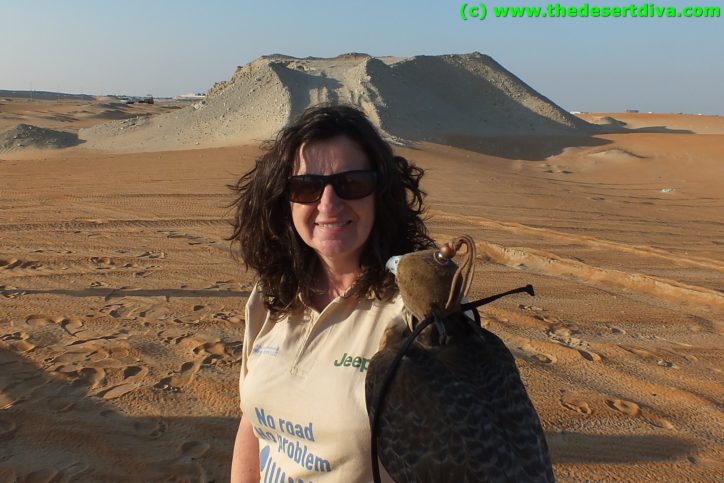 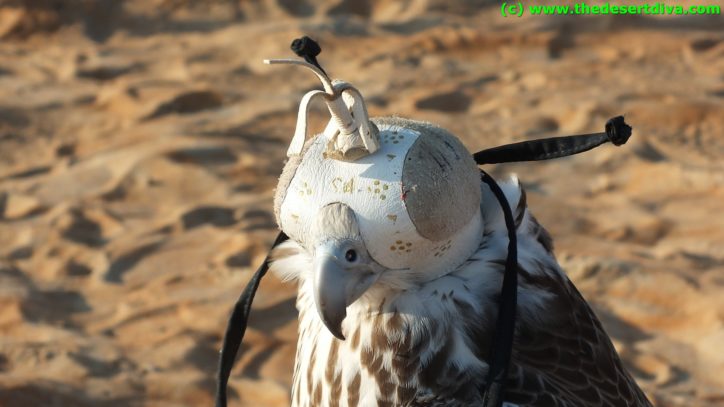 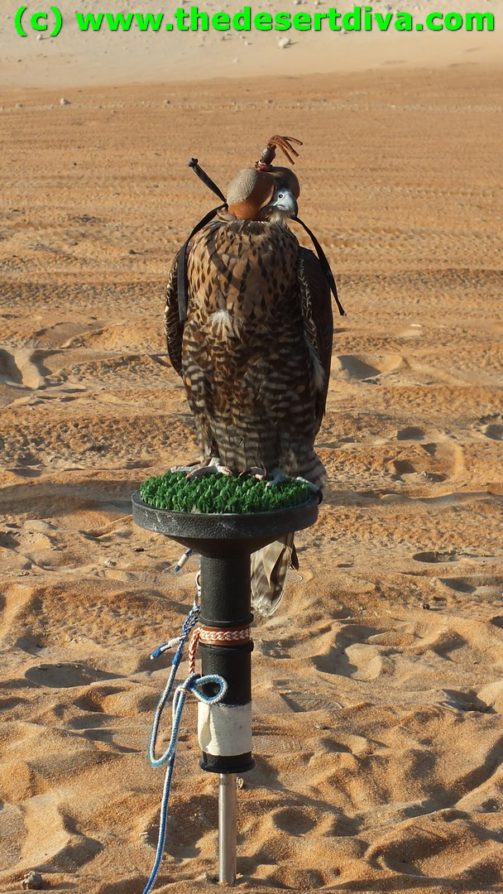 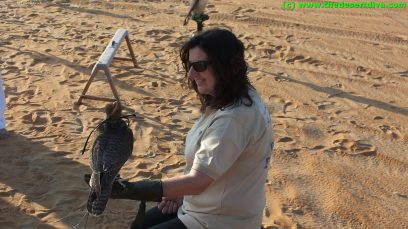 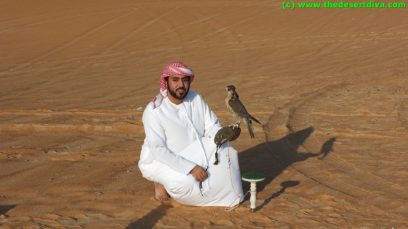 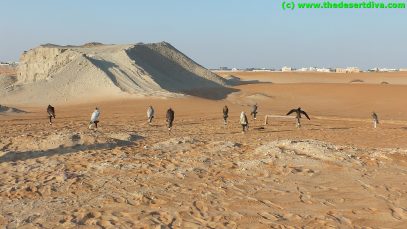 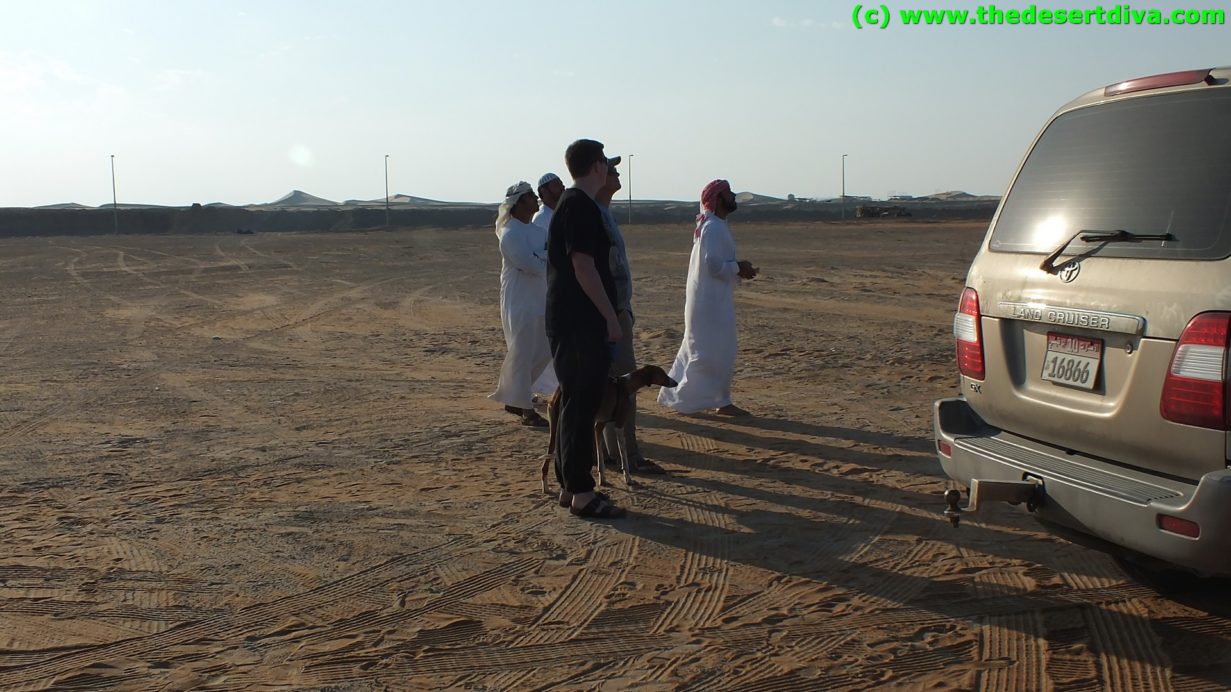 So there you have it – desert camping, desert crossing, saluki “racing” and falconry – all in one day!