My schoolfriend from Nairn, Scotland, was visiting the UAE with his wife; I planned a tour to let them experience the real UAE and this is what we showed them! 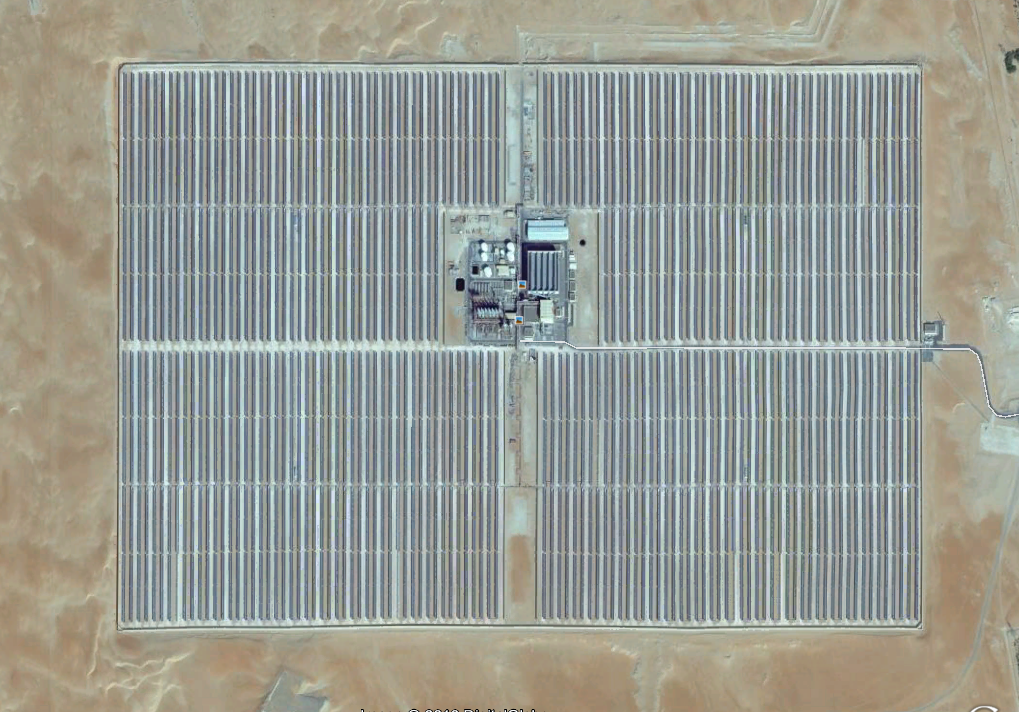 but you really had to be there on the viewing platform to reflect on the power of a quarter of a million mirrors!

Afterwards we headed straight into the dunes, taking a scenic but smooth route

The photo shows the undulating terrain

but you really had to be there to see for yourself  the massive mounds of sand, dotted here and there with small plants 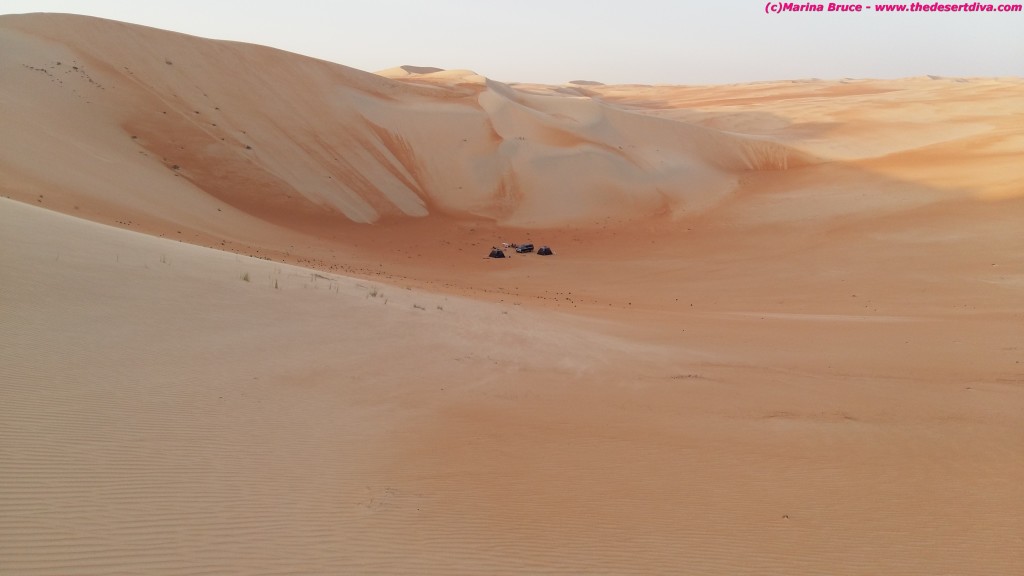 The picture shows our secluded little campspot for the night.

But you had to be there to watch the stars appear in the inky black sky and to listen to…. silence.  No traffic or 21st century noise! 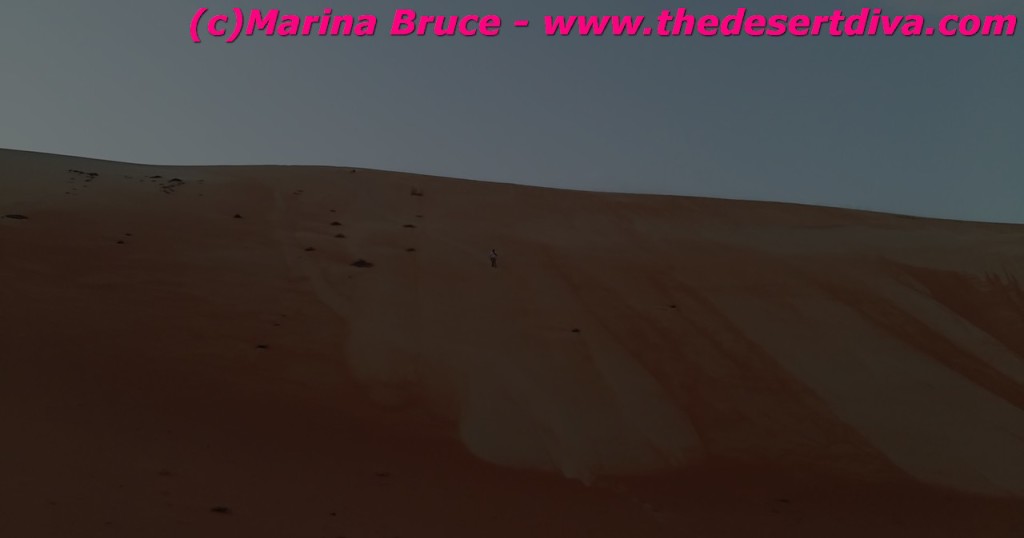 The photo shows Donald and our dogs walking down a slipface. 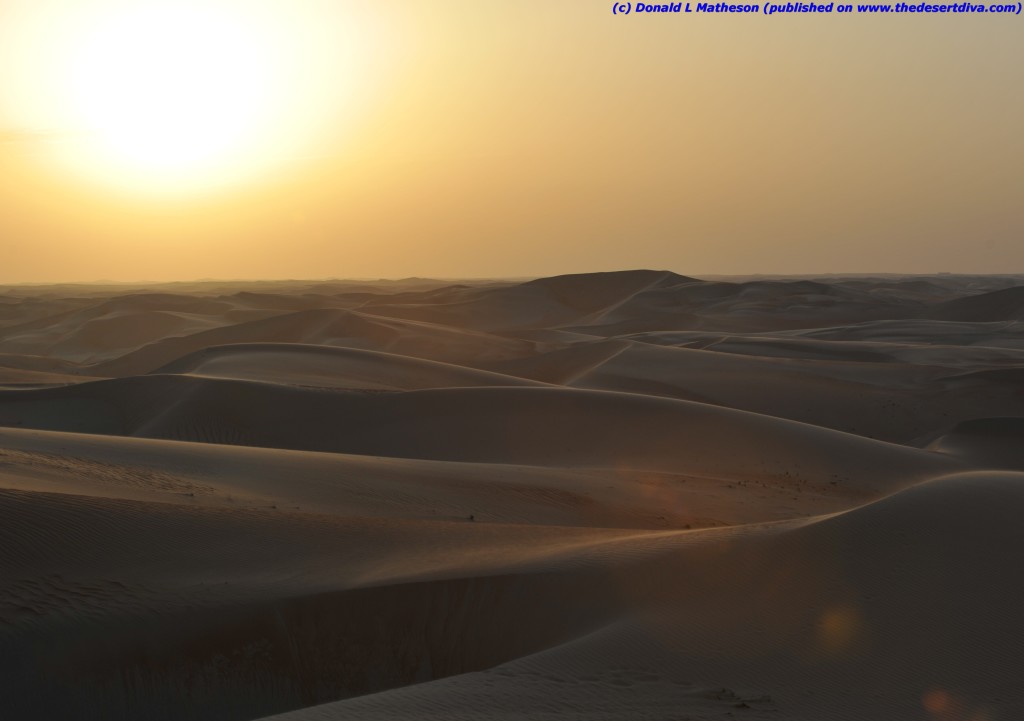 The picture shows the sun, low in the sky around 6.30pm.

but you really had to be there to watch as the shadows lengthened and the dunes turned from gold into a deep terracotta, just before the sun sank behind the horizon 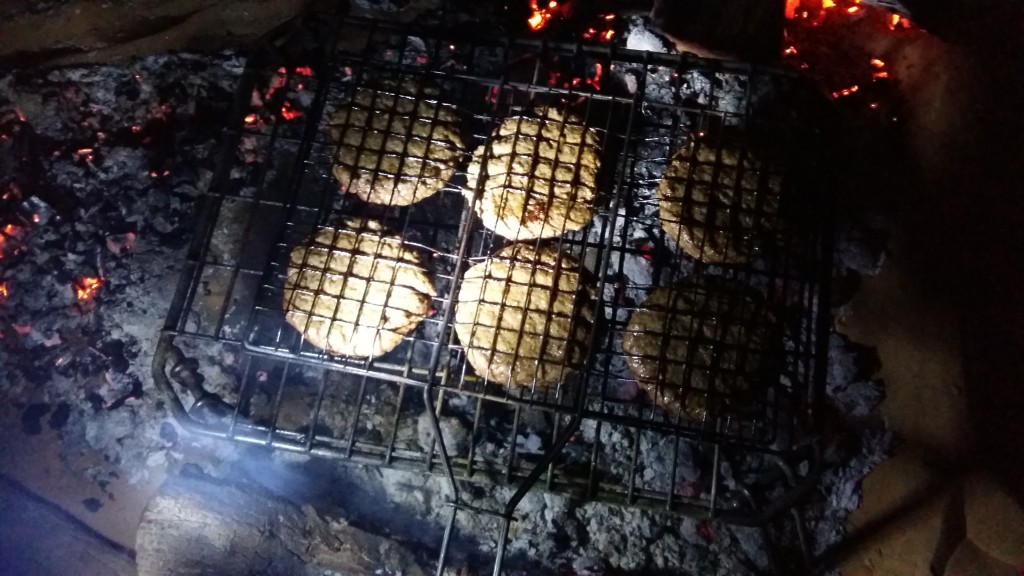 The photo shows some camel burgers on the bbq

but you really had to be there to savour the smell as they cooked and taste how moist and juicy they were!

At this time of year the sun rises just before 6am – and Donald got up early (on his own!) to walk to the top of the dune to capture it 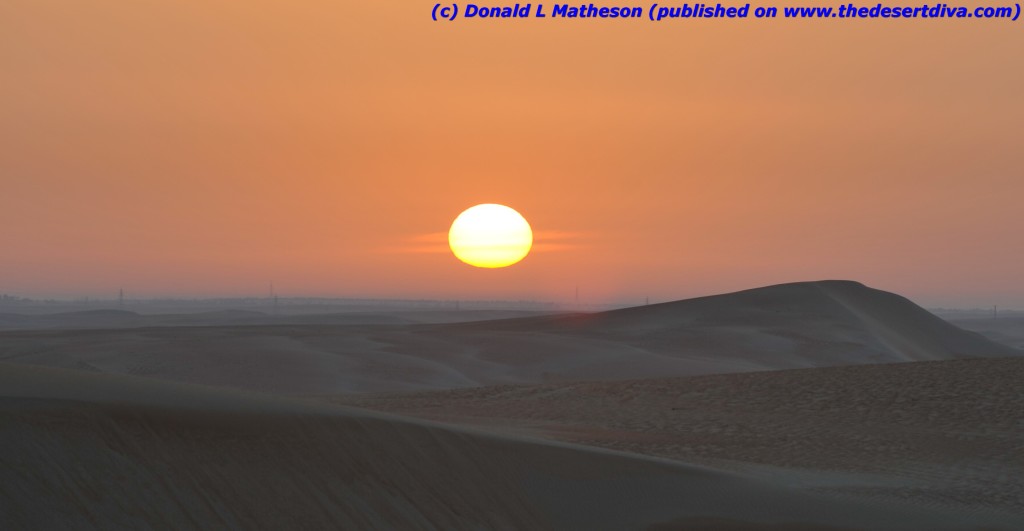 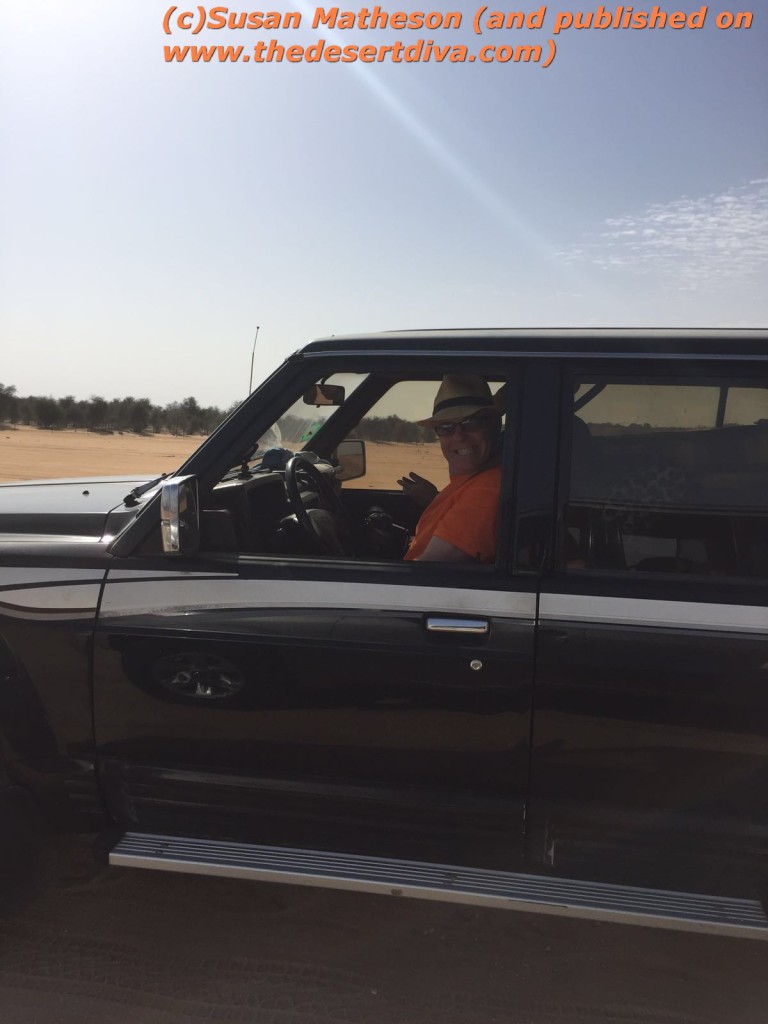 the photo shows …. well you can see how chuffed he was! 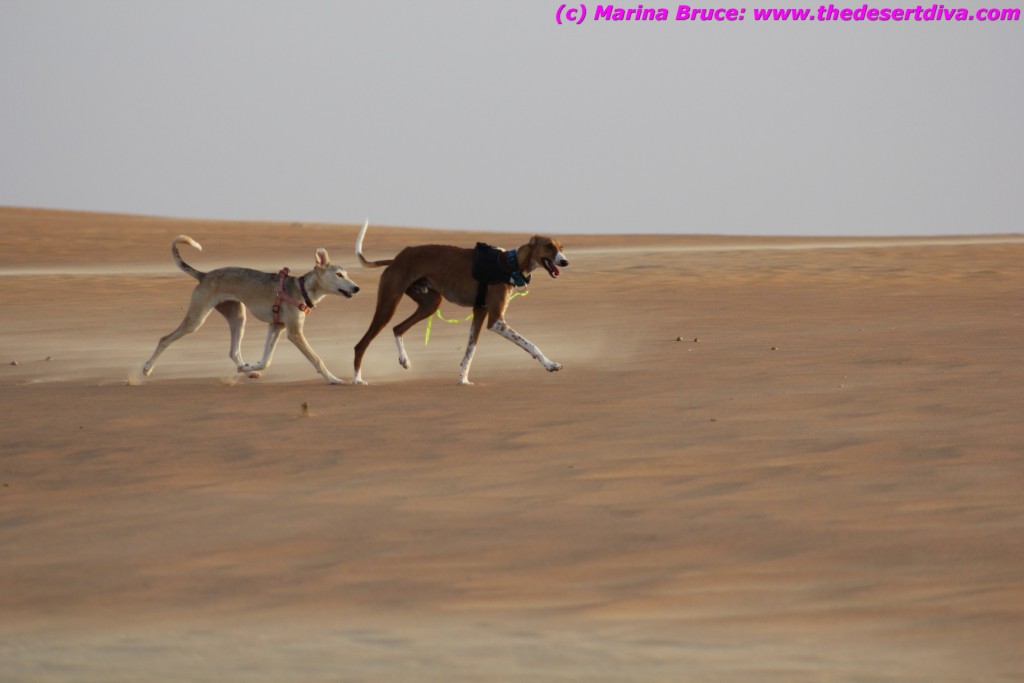 One of the UAE’s favourite fast foods is shwarma, so we took Don and Sue to our favourite cafe 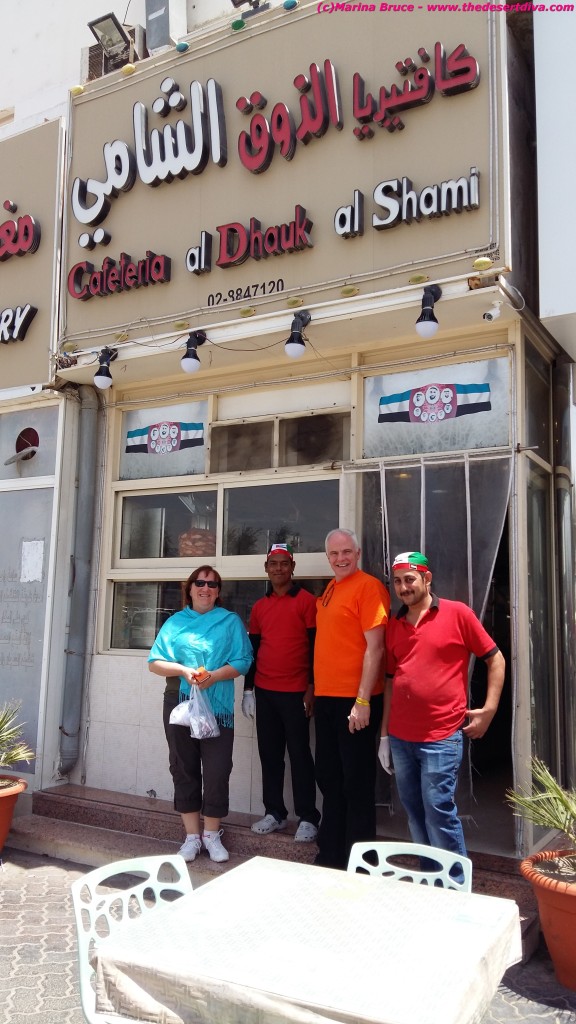 I took our visitors to the Liwa Crescent area – a 140km long oasis, some 150kms from the sea! 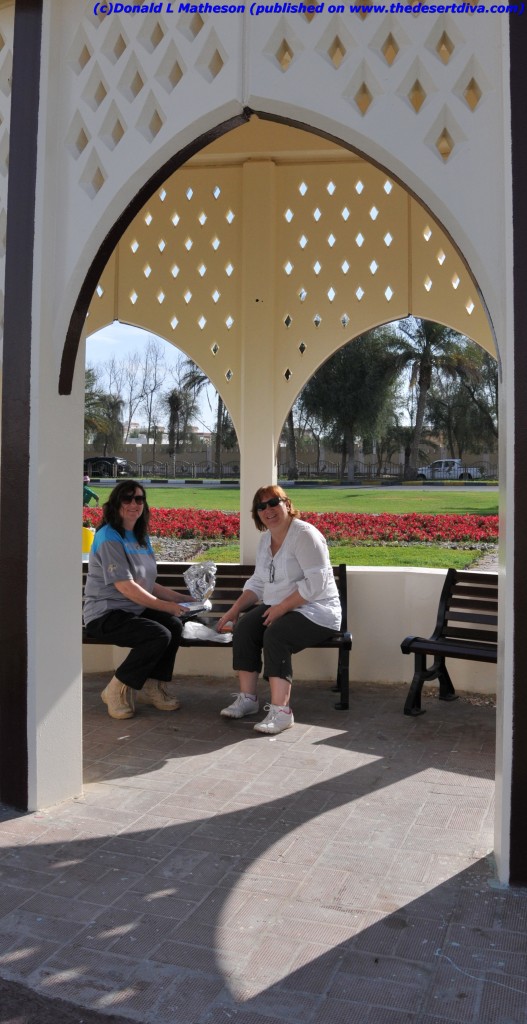 Once fed, we headed around 80kms south and our first stop was Al Qutuf Fort 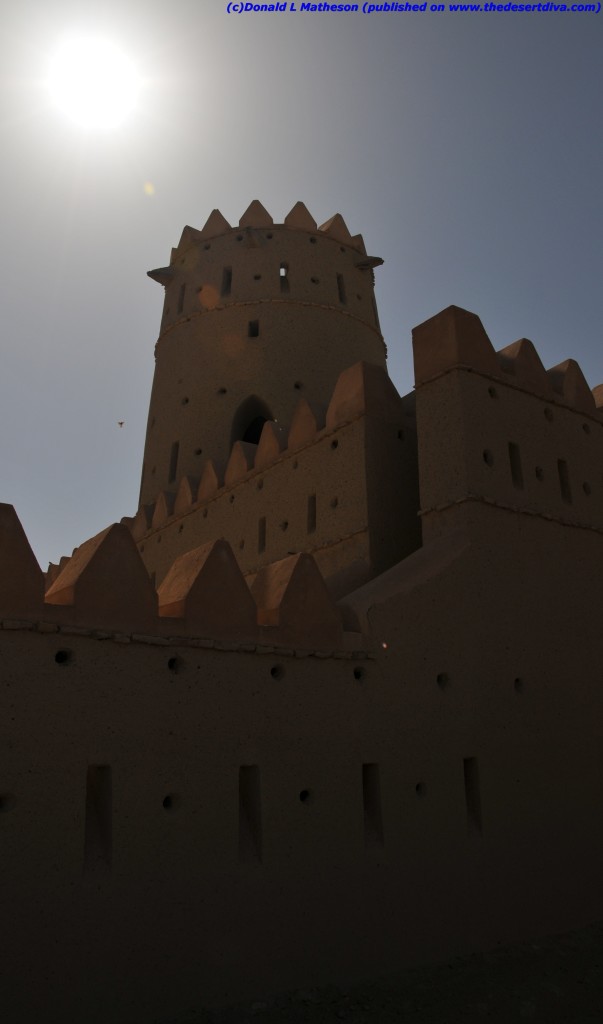 The picture shows the fort in all its early morning beauty 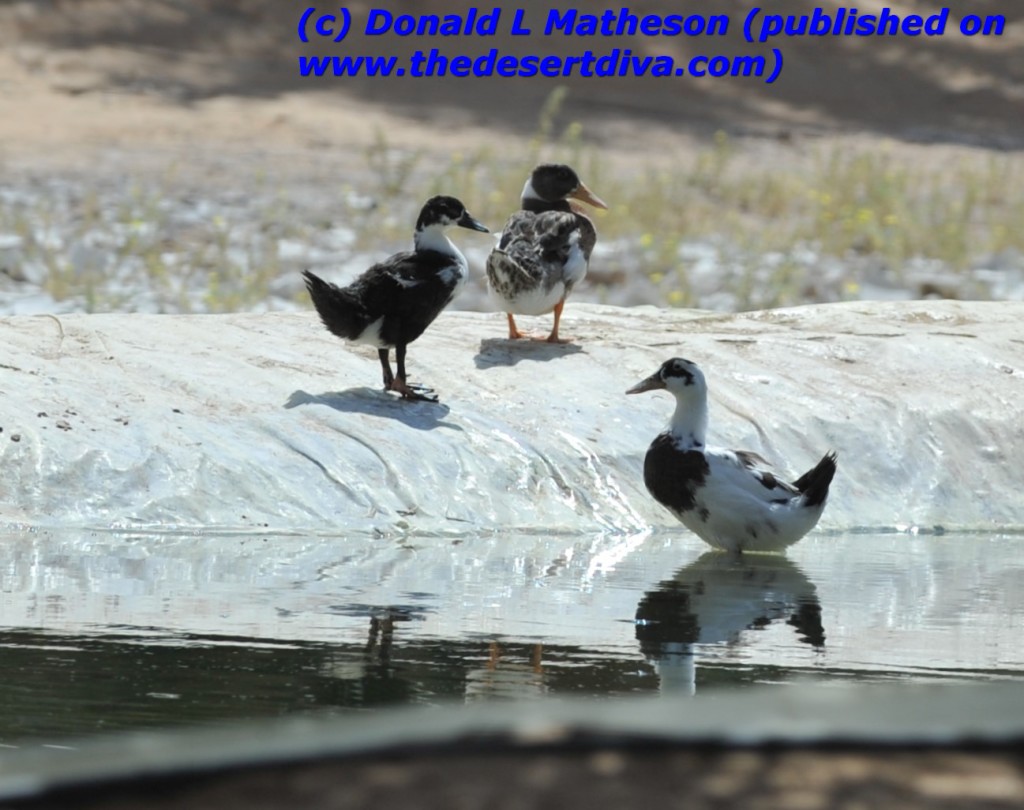 We drove to one of the many Madhar (means small settlement next to a water source) perched atop hills in the area. 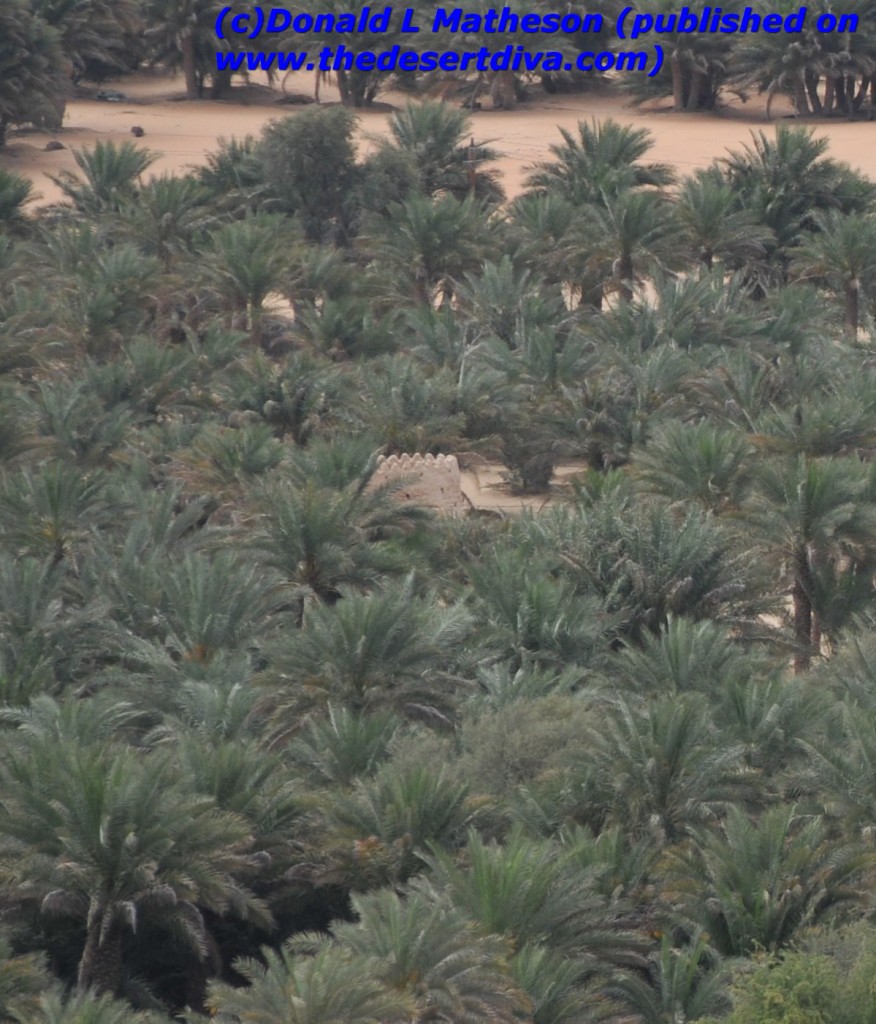 but you really had to be there to appreciate the scale of the plantations, stretching as far as the eye can see.

We carried on to the next Madhar further up the hill and found another good viewpoint, this time looking northwards

but you really had to be there to gaze over the oases and dunes beyond, without an electricity pylon or a highway in sight!

Al hayla tower is hidden in a date plantation a short walk from the road so I had to drag my guests out of the air conditioned car! 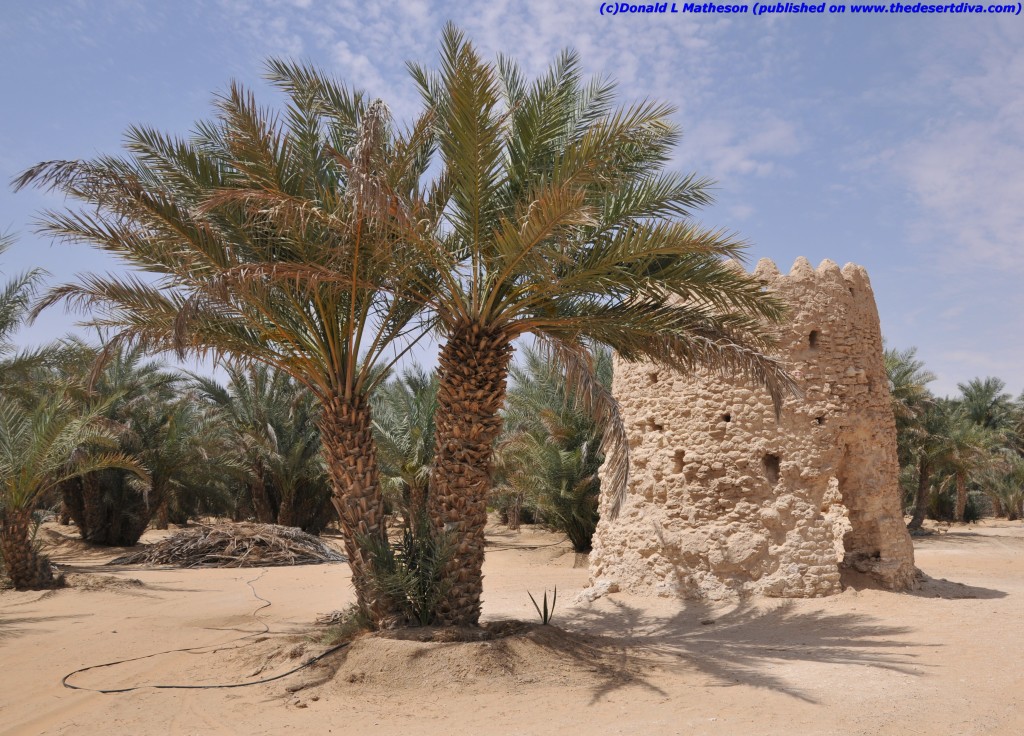 The photo shows the oldest surviving fortification in the area

We stopped at the Liwa Hotel for coffee 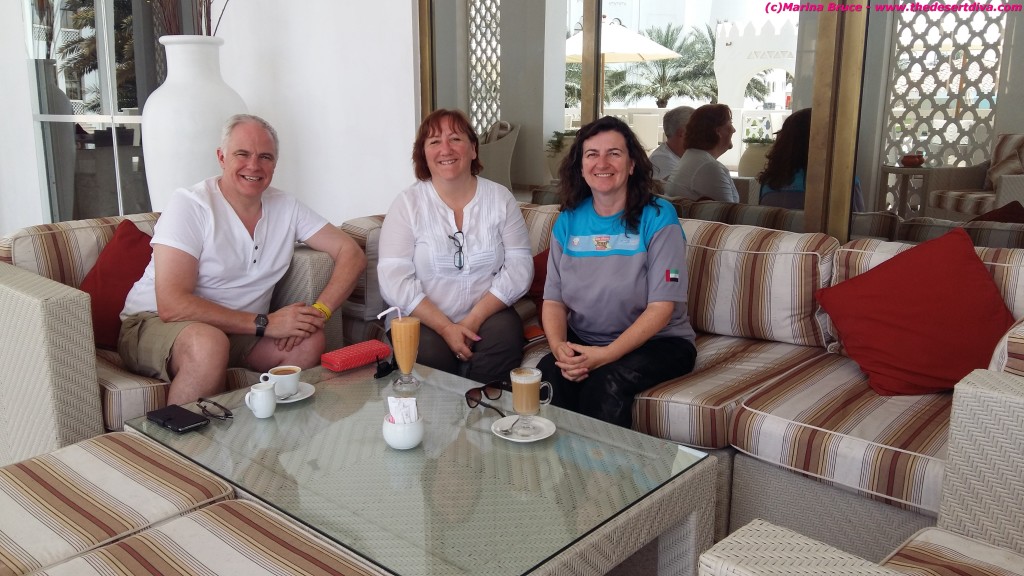 The photo shows us on the hotel’s terrace

But you had to be there to enjoy the comfort and cleanliness, not to mention taste the lovely coffee, after a morning in the desert.

After our coffee it was time for a return to a different area of desert, where the terrain included massive slipfaces up to 90 metres high

Our last stop took us to the Moreeb Dune (translates as scary hill), another massive slipface and the site of the annual Liwa International Festival 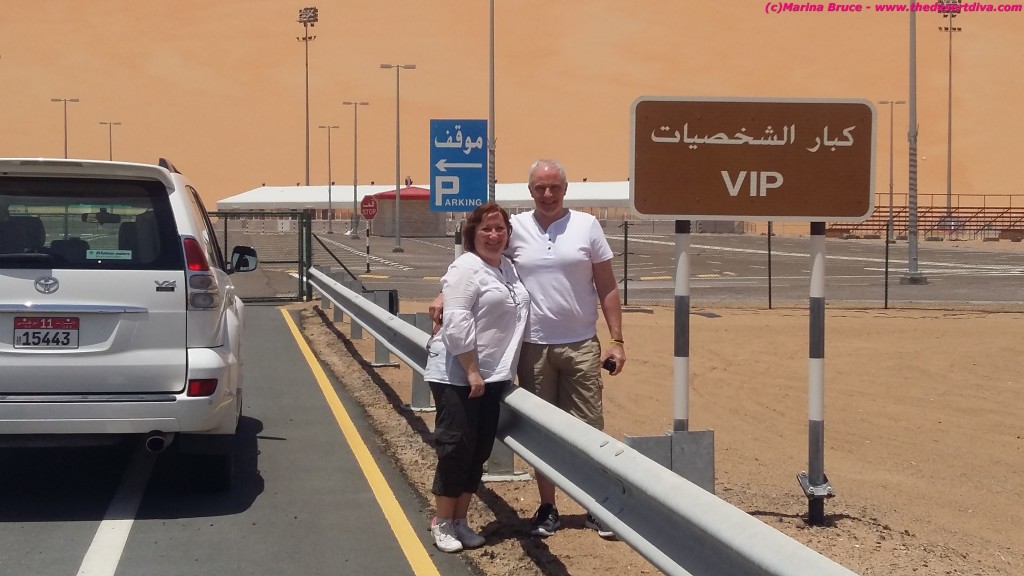 the backdrop to the photo is the moreeb, one of the highest slipfaces in the UAE, the top of which is 300metres above sea level

So there you have it – a feast for all the senses!  Photos just do not do it justice!

Liwa is the perfect place for a most excellent adventure!

The best time to visit is between mid October and mid April.  Ideal for adventurers, nature lovers, photographers.