A few years back I wrote about my background in this blogpost; whenever I check my stats I am always amazed just how many people read it.  Some others have privately expressed interest in how I came to be here, at the wheel of my trusty Nissan Patrol, crossing the deserts of the UAE and Oman at every opportunity.

Now if I were to write up a CV charting my migration from tarmac to sand, this is how it might look…

Marina passed her driving test, in her own car, at second attempt.  She had a Ford Escort Estate in Electric Blue, plate number VGS 116L, and her dear godfather took lots of time to coach her so she would be certain of success second time round.  As soon as she had her licence she started driving nearly every day…and still does. 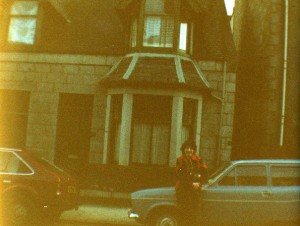 The first test did not go too well – Marina is uncharacteristically quiet on how many different things she failed on – but it was a higher number than her total number of stucks on her first offroad drive behind the wheel of the FJ!

Not really driving but during this decade she passed her Certificate of Professional Competence in Road Traffic Operations (CPC) for both national and international operations.  This means she could be a transport manager anywhere in the EU. 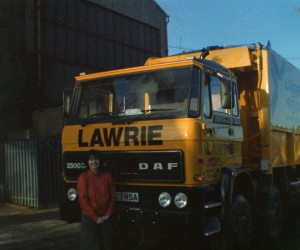 She have never driven a truck though, but it is on her bucket list!

First offroad drive with Marshal Urs and AD4x4.  You might notice that she started offroad driving before she even moved here – her husband worked in the UAE from 2007 and they could not wait to get sand under the wheels of their 3.0L SWB Pajero.  The car was somewhat underpowered and her driving skills were not what they are today but nevertheless she caught the bug and started counting down the weeks then days until her move to Al Ain in 2009! 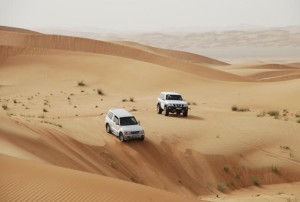 The Pajero was traded in for an FJ a few months later!

Her husband worked offshore and on leaving for duty he gave her the keys to his nearly new FJ which she took to the white sands of Al Khatim.  It took her a long time to acquire offroad driving skills and very few of them surfaced on this drive – she had 6, yes 6 stucks!  This was a useful experience, as now every time she is teaching a rookie driver how to pilot their car through the sands, she is mindful of how she felt on this drive and focuses on building their confidence as well as talking them through self recoveries! 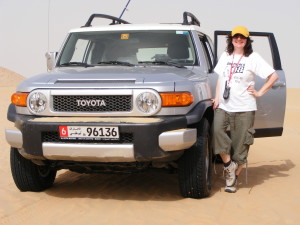 Having joined UAEOffroaders in the previous November, she attended drives every weekend and was delighted when made a Club Marshal just ahead of The Pink Drive.  The t-shirt was only on her back due to the incredible patience of the existing marshals and founders who taught her so much and recovered her from so many stucks, always with a smile. 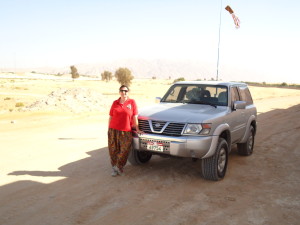 She has been very lucky to be part of the course-setting team for the annual Abu Dhabi Desert Challenge.  This involves following the route director as he does pre-event reconnaissance, driving every single kilometre of the course and proving the shortest route possible from waypoint to waypoint.  The driving is a bit tough in places but a week on this project is enough to keep her high-level driving skills up to scratch, and she has learned so very much about driving, rallying and the Liwa desert through participating. 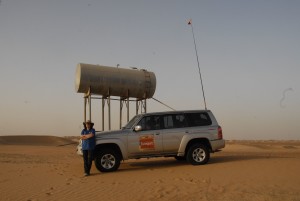 She even contributed to a tiny section to SS1 and found a waypoint to aim for!

With the advent of driving the ADDC course, Marina found that she had a real thirst for overlanding and this was the motivation behind setting up her own club, Oasis Offroad.  With the help of her husband and two good friends, they started offering weekly local drives for newbies and, once there were a few drivers with solid basic skills they set their sights on long drives in Liwa and the Starfish Dunes in Oman. 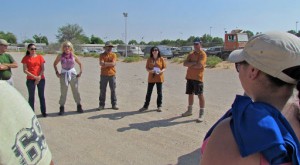 She is no longer very active in the club  but has handed it over to some very capable marshals who are doing a grand job in keeping the club and its ethos of tuition based drives alive.

The easiest, quickest and arguably most comfortable way to cross the Liwa Crescent is by 4×4; at the other end of the spectrum is travelling  by camel caravan (see below); somewhere in between is a fatbike and it was Marina’s honour and delight to head up the support team for Mike Nott and his friends as they made the first ever push-bike crossing of 138kms of sand terrain in Liwa.

Although she had followed her husband through this area many times as well as covering the ADDC routes, this was Marina’s first time leading in the area and she was pleased to report that her team of four cars were always in the right place at the right time with food, water and some encouraging words. 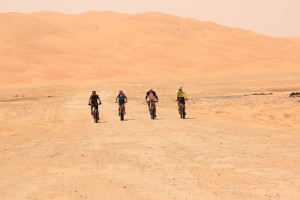 You can read about their adventure here.

Marina’s task was to lead a team, each carrying a cameraman, to the best spots to capture the rally action.  Early mornings were the order of the day as they entered the desert at first light, usually on their own, to be in position before the moto and auto entrants raced through.  Not only does this job offer the amateur photographer the opportunity for some great photos, it also involves lots of driving in the desert; undoubtedly she had the best volunteer job going! 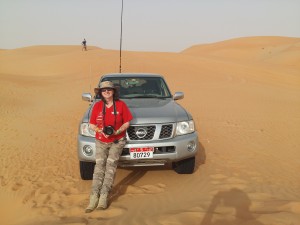 Blogposts from previous years can be accessed here

Marina was asked to prepare a route by Eastern Motors for their Al Ain Jeep FUNatic, an event similar to the Jeep Jamboree.  She amassed a team of jeep-owning volunteers who led the particpants over pre-scouted routes suitable for both their vehicles and their driving experience. 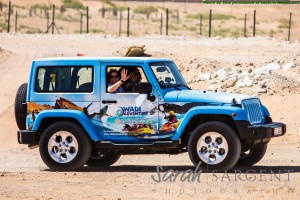 The lovely Qasr Al Sarab created a 6 day long camel trek over the Liwa Crescent for some VIP clients and Marina was one of two logistics vehicles that led the support vehicles over the route.  Undoubtedly the best working week of her life (so far)! 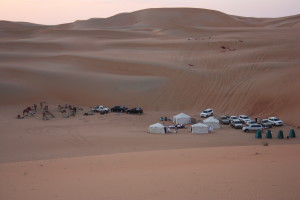 Marina is a volunteer marshal for this annual event which sees up to 800 cars take to the sands for an overland drive of up to 250kms! 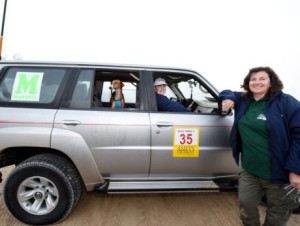 Marina founded this annual, long distance, team-based event to fill a gap in the UAE club challenges – there are many gps challenges, some teamwork challenges but few which combine both and none which add a night’s very remote camping plus an offroad distance of approximately 150kms to the mix!  Starting with 28 vehicles in 2014, the 2017 event saw a total of 87 cars particpate/support the event.  Marina oversees the whole event, with assistance from friends; reconnaissance, admin, event delivery and sweep support. 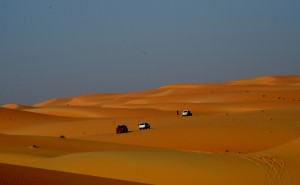 Offering guided self-drive adventures to UAE and Oman based expats, mainly weekend trips.  Specialising in longer trips over the Liwa area, we also regularly visited the Rub Al Khali and Jebel Akhdar in Oman.  Such was the popularity of our trips, in our last year most of our trips were fully subscribed!

In May 2019 we closed this company, in preparation for our new UK company – Xpedition Arabia – which, along with partners, will take tourists and expats on week long and weekend adventures.

See our video “10 Great Reasons” below

Brighton College in Al Ain has had students participate inThe International Award (known in the UK at the Duke of Edinburgh Award) for the last two years.  Marina was honoured to be asked to provide offroad support to their team of dedicated teachers as the students hiked their way from point to point. 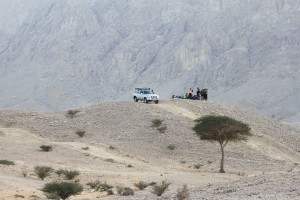 Marina is possibly the only female driver who has driven completely offroad, from Jebel Hafeet in the North of Oman, all the way to the south, stopping some 50kms of the Yemen border due to the current political situation there.  This was done over three trips, starting with her Umm As Sameem Expedition in October 2012, followed by the Backside Border Drive from Jebel Hafeet to the UAE/Oman/Saudi tripoint and culminated in the three day Empty Quarter Drive in November 2013.  In March 2017 she drove to Ramlat Jadilah, the highest sand dune in the world in Dhofar, just 12kms from the Yemen Border but due to weather (sandstorm) and military restrictions (soldiers we encountered insisted we return the same track route as our entry) she has not managed to “join up” the section of route between Shisr and Ramlat Jadilah.  Yet. 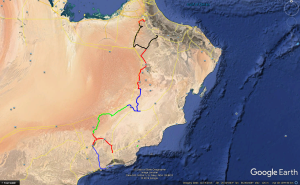 After some time in Oman, Marina will return to Al Ain at the end of November, where she will continue to offer self-drive adventures.