In February of this year it was announced that the highest sand dune in the world has been identified in Oman – the Ramlat Jadilah.  Located in the Dhofar Region, some 12kms from the Yemen-Oman border, the top has been measured at 455 metres above sea level, comfortably beating the previous incumbent in Namibia which clocked in at only 418 metres.

I just happened to have a scouting trip organised for Salalah at the end of March and it seemed to be a good time to visit; not too hot to cover the 250kms from Salalah, possibly even a day trip. However, it has been a particularly busy few months for the Desert Diva Events and unusually, I had neglected to do full research before heading south to Salalah – turns out that is the straight line distance and via road and track entails a round trip of 806kms!

We were on an extended camping trip, having visited the northern part of the Rub Al Khali, then over to Khaluf Beach, followed by a meander down the Muscat-Salalah coastal highway before pitching our tent near Raysuilt, to the west of Oman’s second city.  We moved again, the plan being to break the journey into two by camping overnight at our favourite wadi, Wadi Aydam, before making an early morning assault on the lonely roads and tracks which would take us near to THE dune. 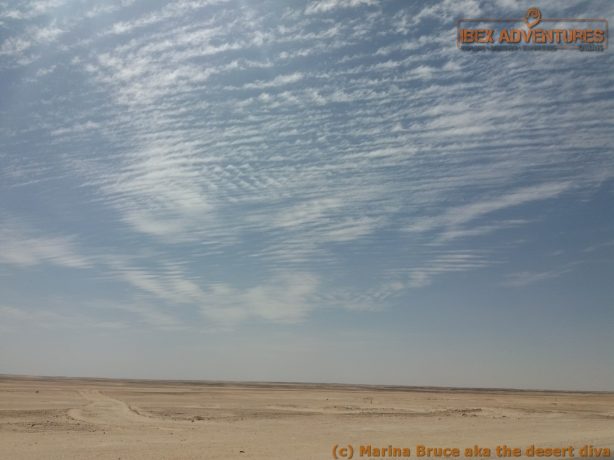 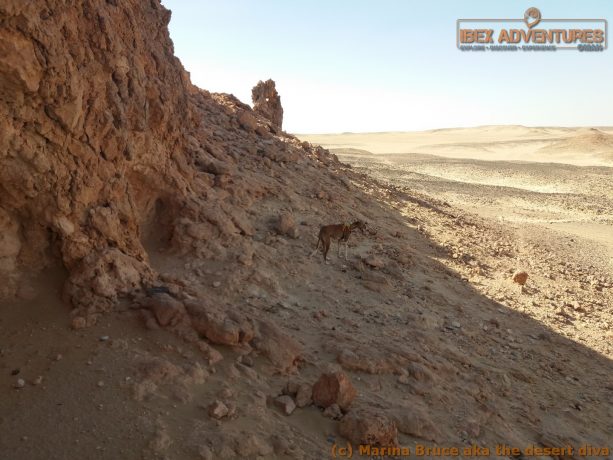 However, mother nature did not approve of our campspot sending us blustery winds and thus we found it impossible to find a sheltered place to camp.  What to do?  Create a “plan b” of course which saw us heading towards the last Omani town before you hit Yemen – Mazyounah. 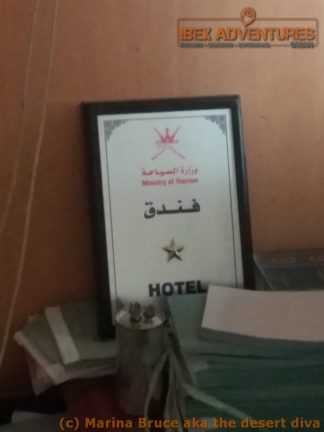 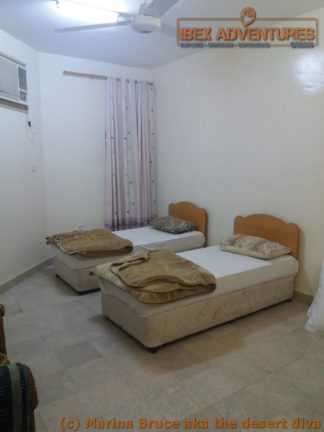 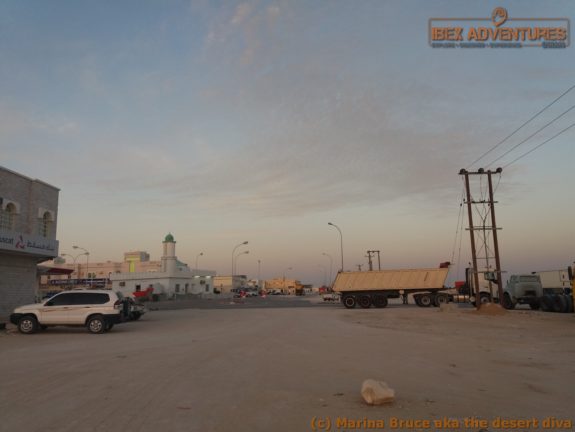 The one star Mazionah Hotel was even listed on our gps so we made our way there and after checking in, headed back out to walk our hounds, in what I thought was a quiet place.  Within minutes we had a few cars around us – a local family came to see us and then invited us to their home where we received the legendary Omani hospitality.  Ghawa (arabic coffee), chai (tea), fruit juices and ice cool water were supplemented with dates, bread and sweets and I was able to put the arabic I had learned from my classes with Adib to very good use.

We left our hotel early next morning to travel the 140kms to Ramlat Jadilah once more encountering strong winds and a fair smattering of sand in the air.  The easiest route in is along a road/graded track to Mitan followed by a faint gatch track which snakes its way through the massive mounds of sand so typical of the eastern part of the Rub Al Khali. 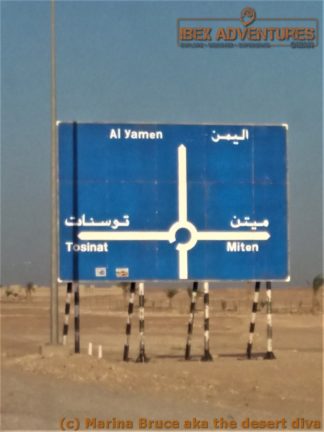 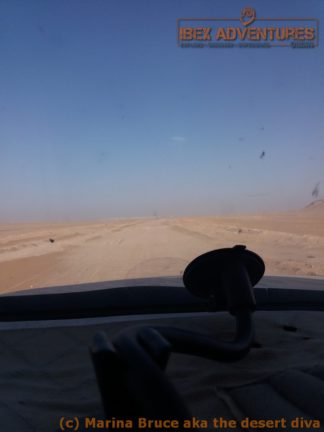 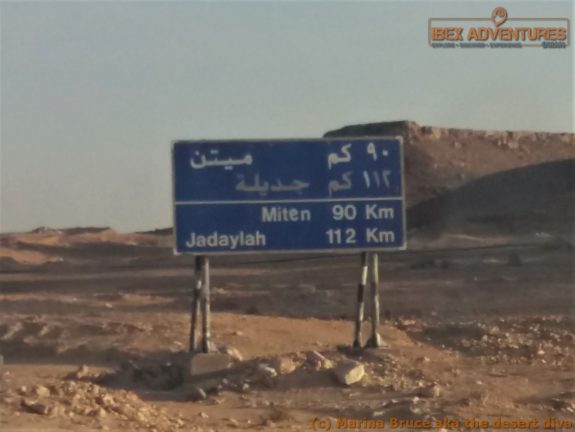 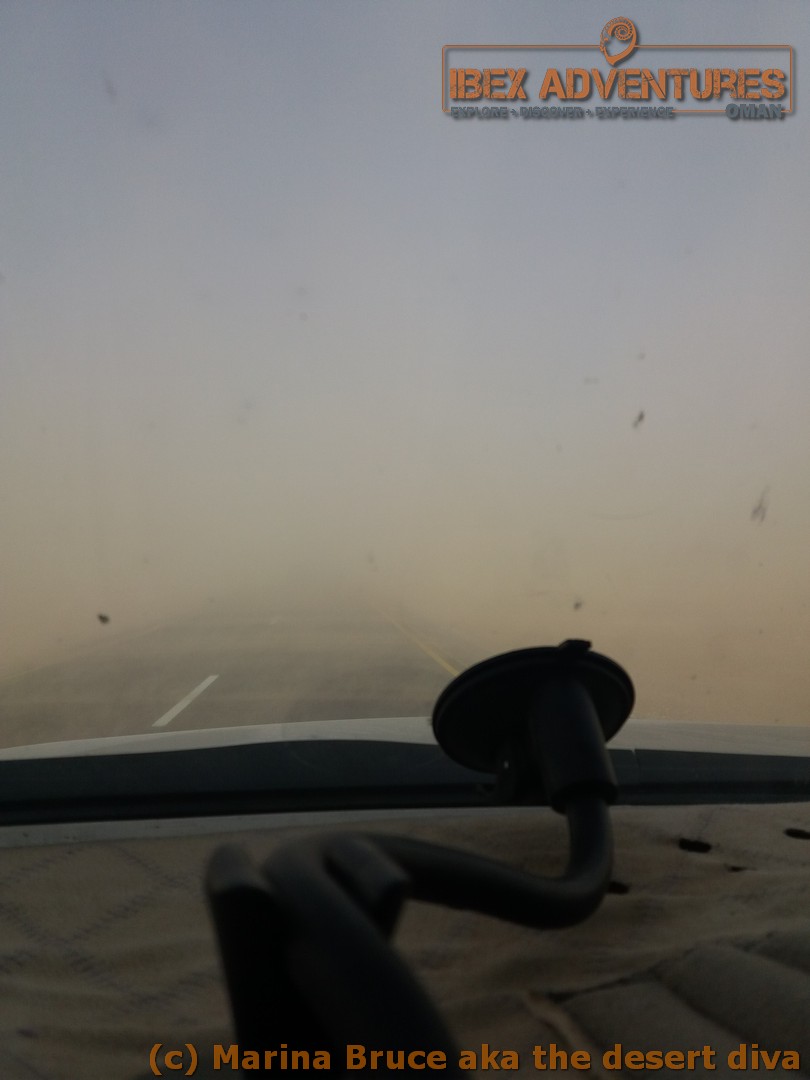 A couple of army trucks overtook us then stopped us further up the road.  They wanted to know where we were going – thankfully one of the soldiers spoke perfect english and even understood Scottish accents – and as we were able to describe our route in to Ramlat Jadilah and had a gps device (actually had 3), they let us through.  Note – if we had had only one car we would have been turned back at this point, some 25kms from our intended destination, how frustrating would that have been! The final part of the journey was a 3km section of sandtrack and as with the rest of this journey, our tyres were still at road pressures.

Apparently the sign below says that permission is required to enter as it is a restricted military area – well we got that, didn’t we? 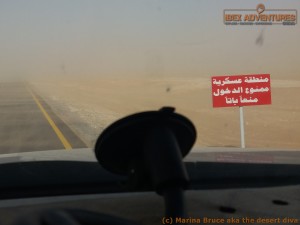 The whole area reminds me of the terrain we encounter our Rub Al Khali/Umm As Sameem trips, but there is no doubting that Ramlat Jadilah and the dunes which surround it are larger than their northern counterparts.   The terrain comprises the same massifs but instead of white gravelly sabkah between them there is mainly sand.  In the north of the Empty Quarter the dunes can rise to 120-130 metres above the sabkah but Ramlat Jadilah rises 160 metres above the ground level which  in itself is just under 300 metres above sea level. 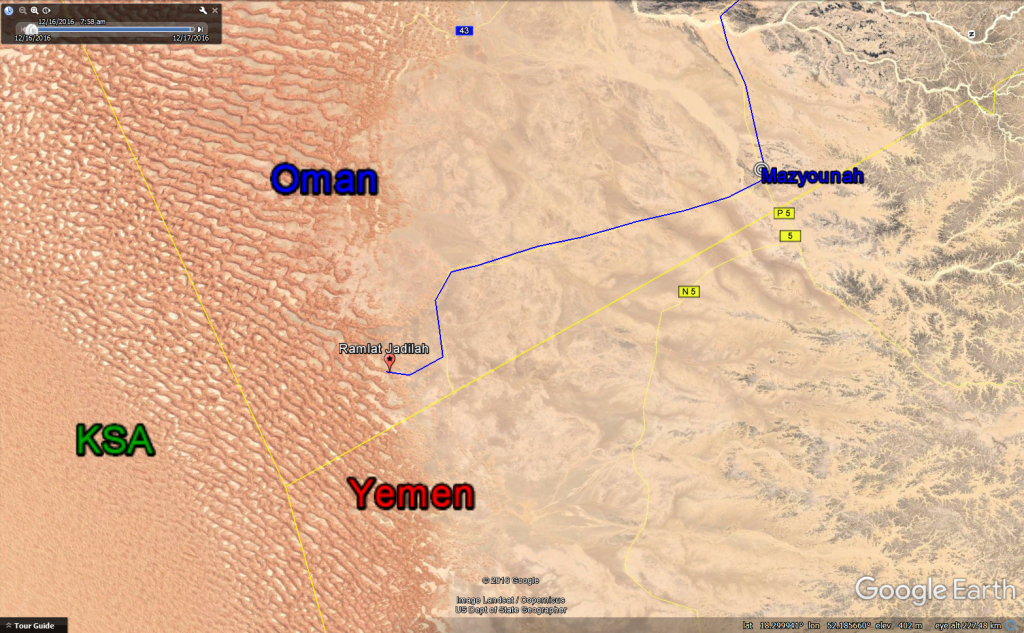 We had planned to take the dogs and walk to the top of the dune but we could see a sandstorm approaching and had to content ourselves with a few snaps in its “foothills”; this turned out to be a good decision as it was a particularly bad sandstorm which met us just a few kilometres up the gatch track and enveloped us for the next 110kms only abating whenl we reached the outskirts of Mazyounah. 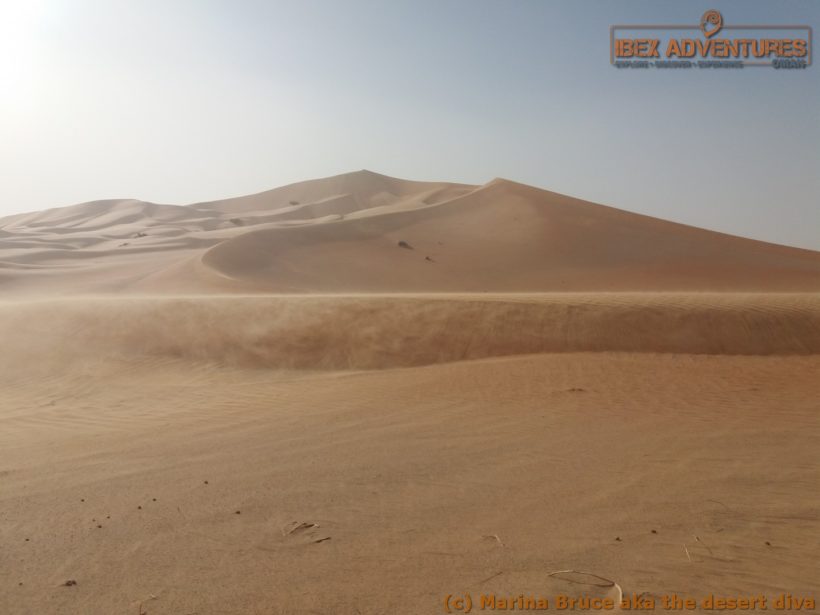 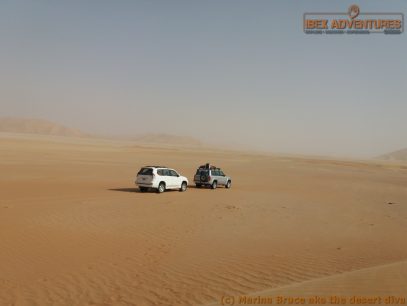 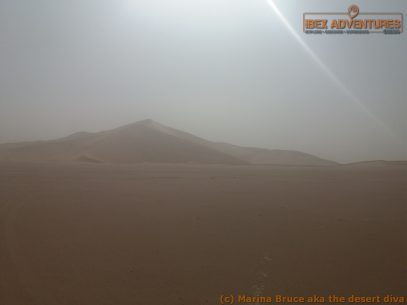 Disappointingly, at the foot of the dune we found quite a few discarded water bottles and other garbage, so if you visit, please take your rubbish back out of the desert with you!

You might wonder why we did not drive up the dune as some others have before us.  When travelling in the desert I always keep dune “bashing” to a minimum; driving on dunes causes damage and if big heavy 4x4s repeatedly drive up there it will affect not just the top few inches of sand but possibly also the structures deep inside the dune.  In addition, lots of tyre tracks diminish its beauty – heaven forbid it should turn into another Big Red!

Oman has been blessed to have this record-breaker found within its borders and my hope is that visitors will treat it with respect and keep it special, leaving only footprints and taking only memories. 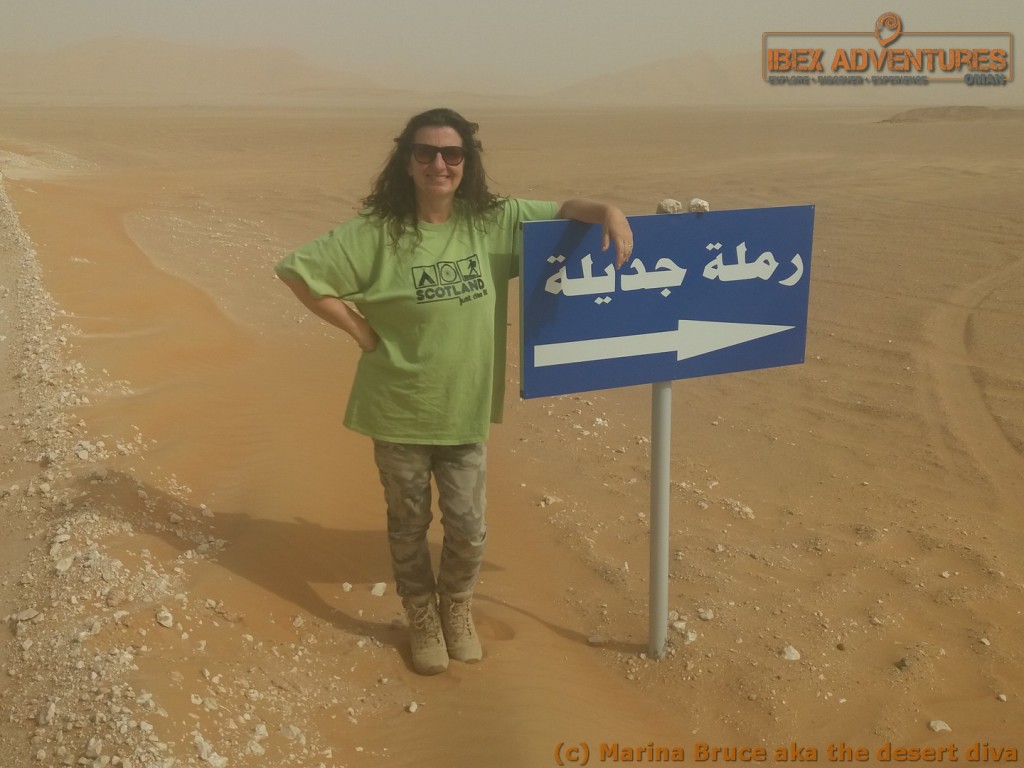 Ibex Adventures is offering trips into the Empty Quarter starting in October 2017 – please get in touch if you would like to join us!

Mazyounah has the following facilities