I am blessed with the opportunity to lead so many wonderful people through the deserts of Abu Dhabi. Early in the season, in fact during the rather warm first weekend of October 2017, I was tasked with taking high-profile German journalist Lutz Jakel on a desert journey through the dunes between Al Ain and the Anantara Qasr Al Sarab Resort.  Online article here. 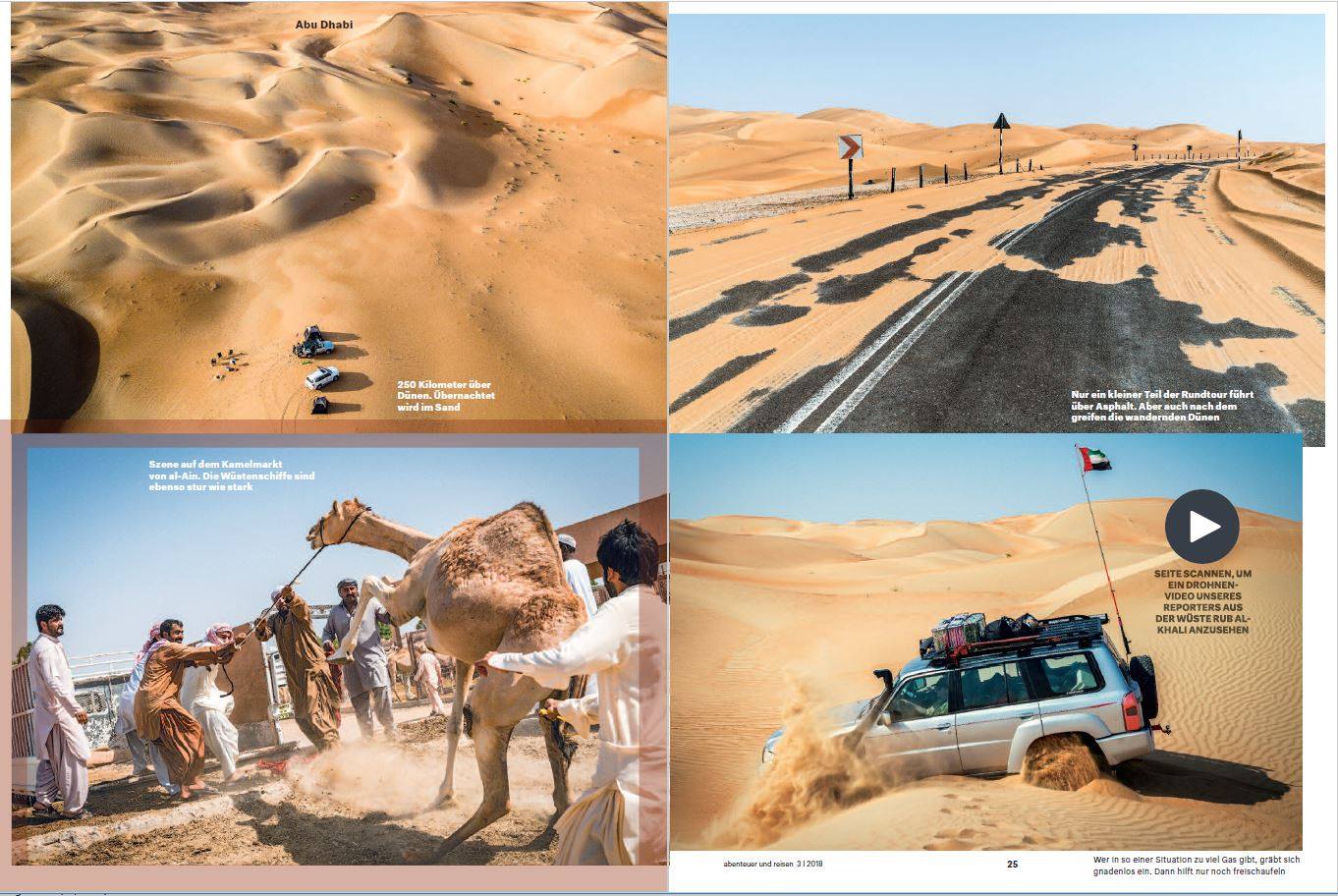 Look at that lovely campsite on the top left photo!  In the bottom right photo I was aware of his camera lens on me so churned up the sand a little – I wasn’t stuck there tho! 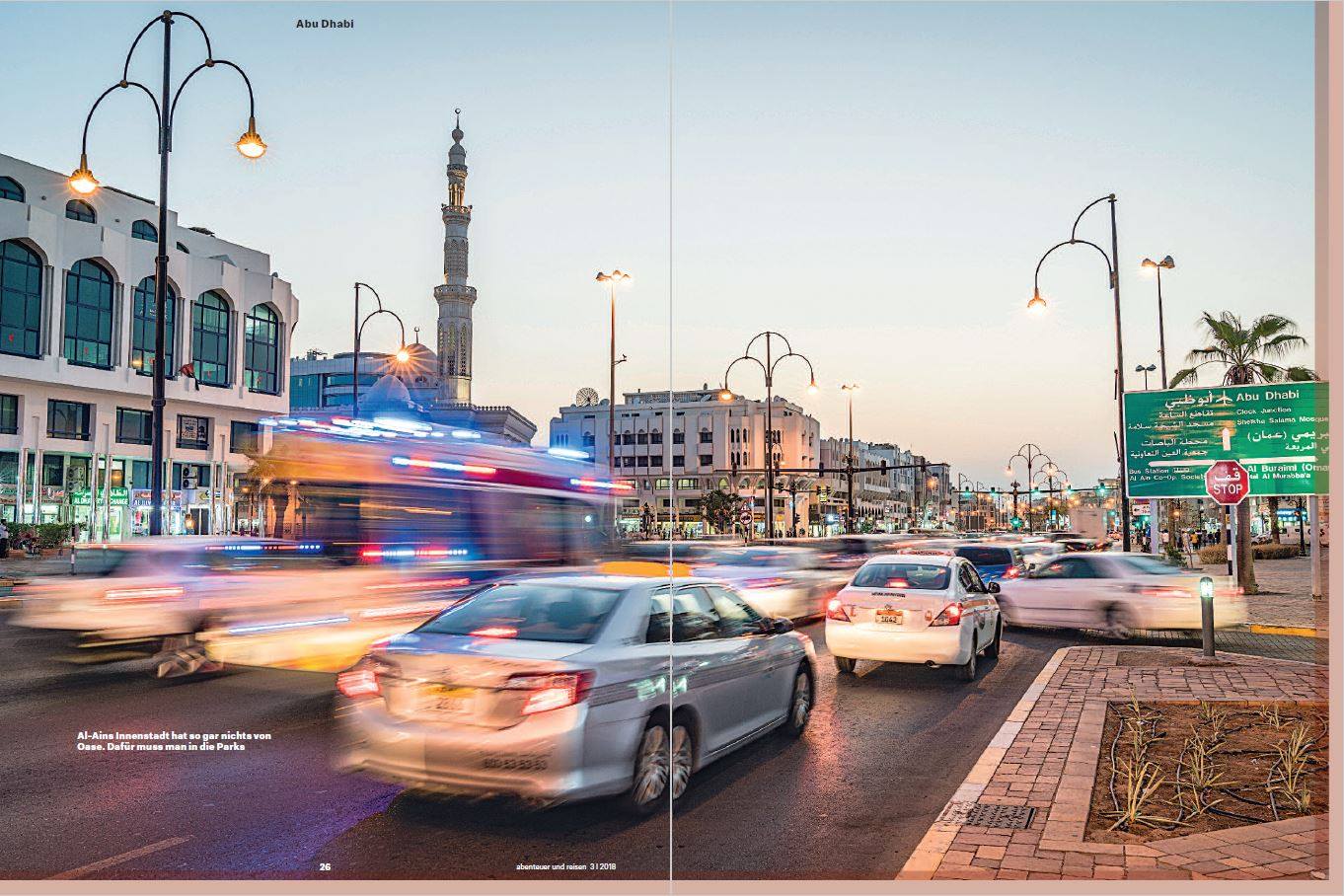 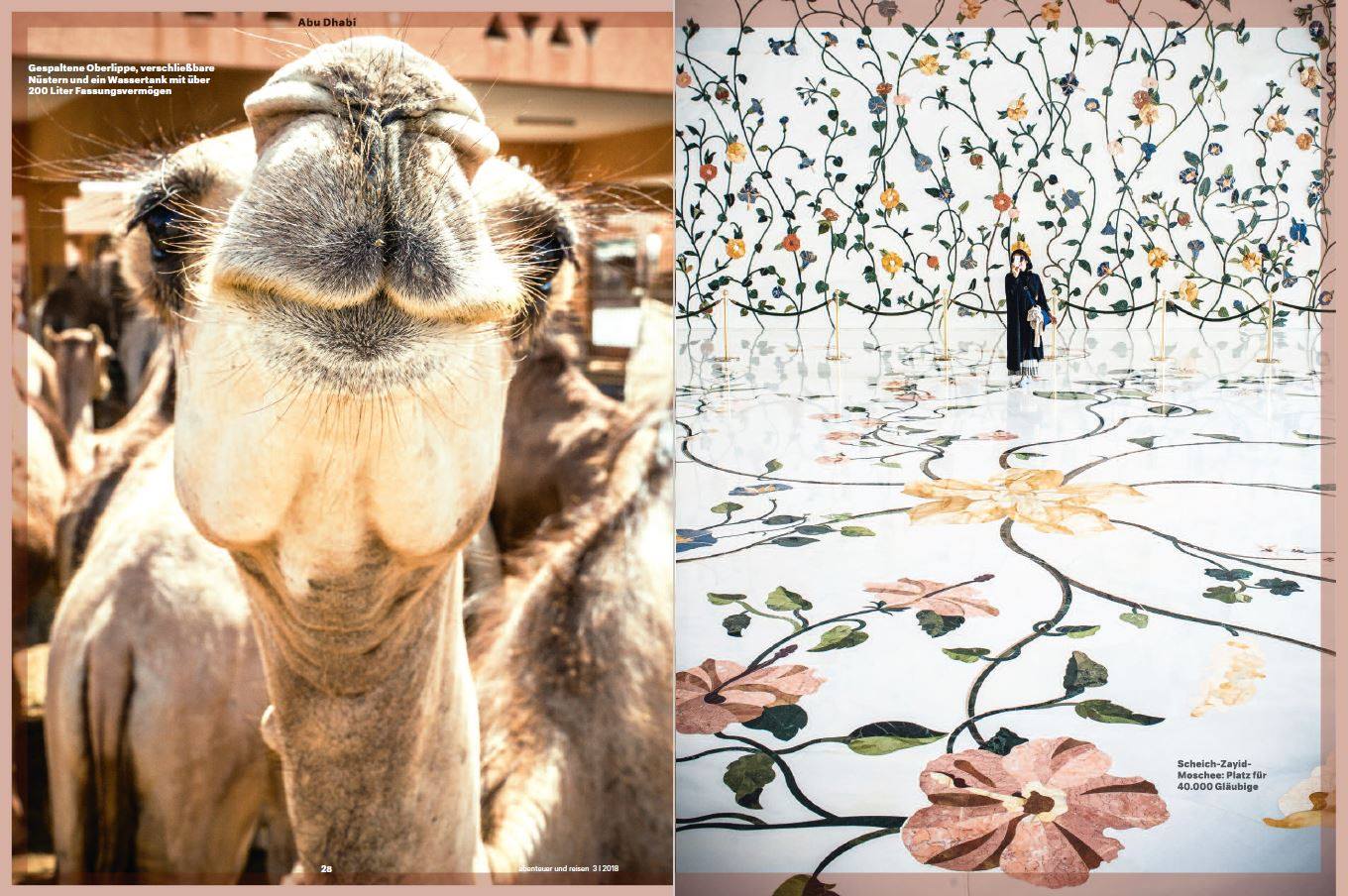 Lutz just loved camels!  He bought a tiny toy camel, named it “Cam” and it has accompanied him on all his travels since!  (See below) 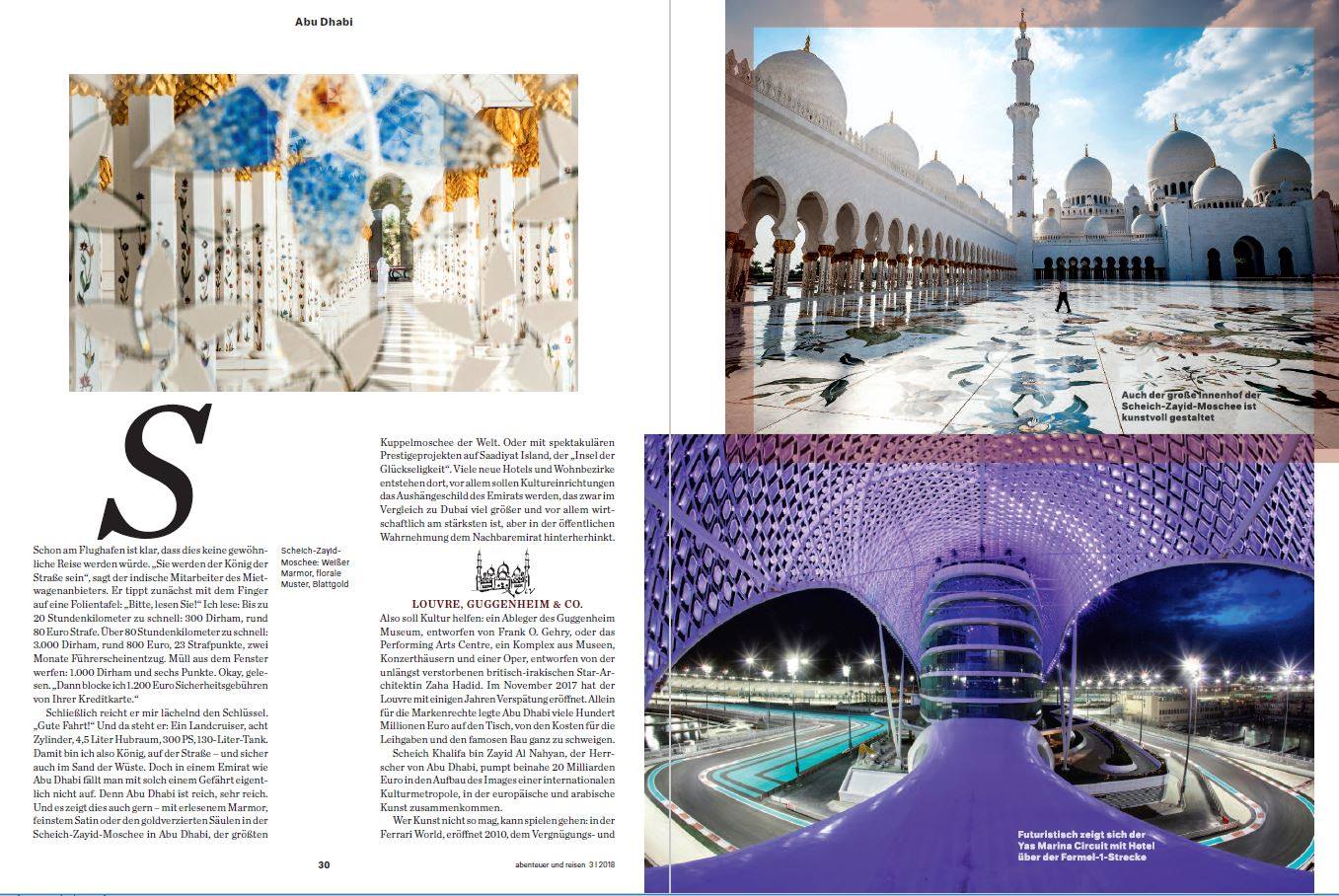 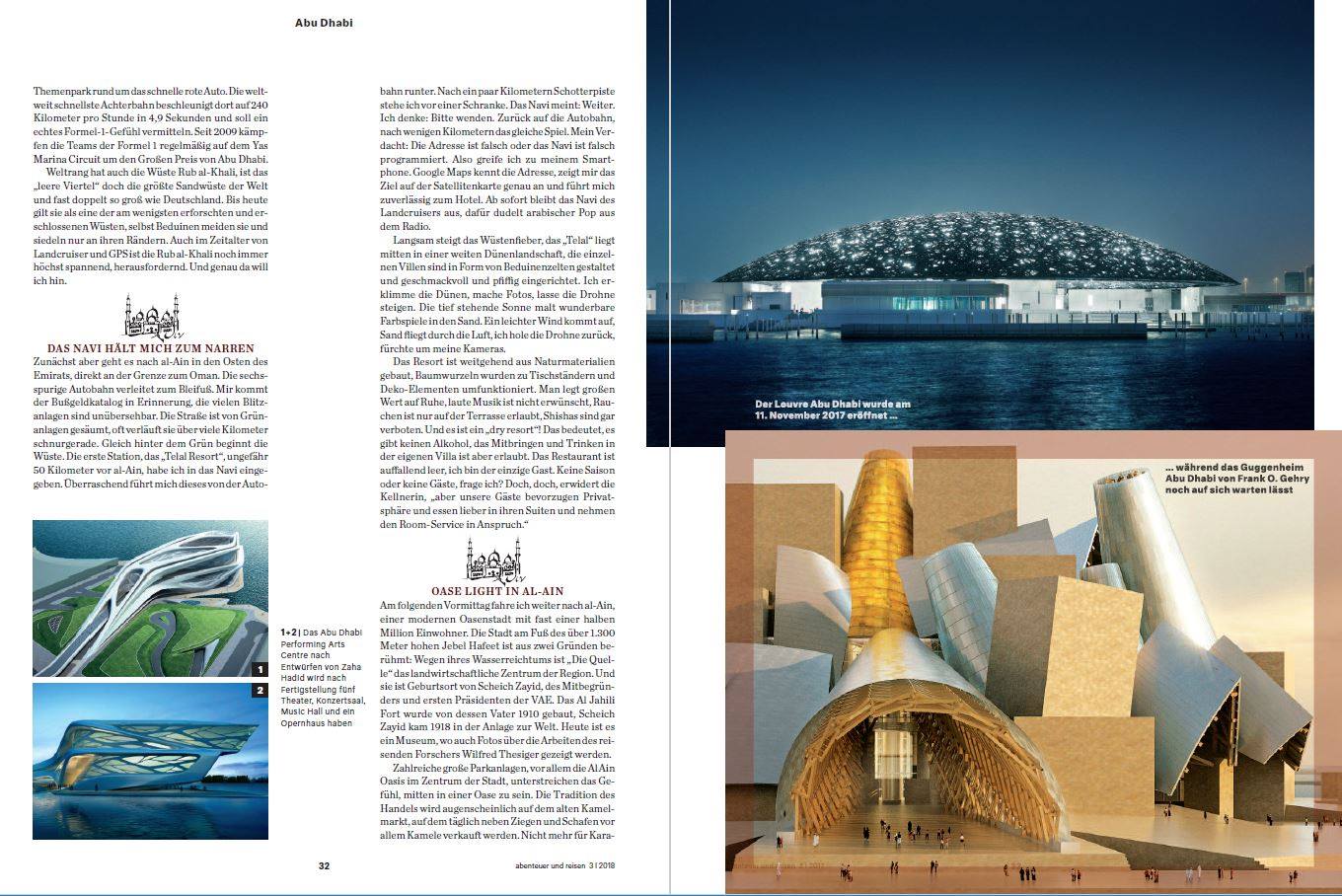 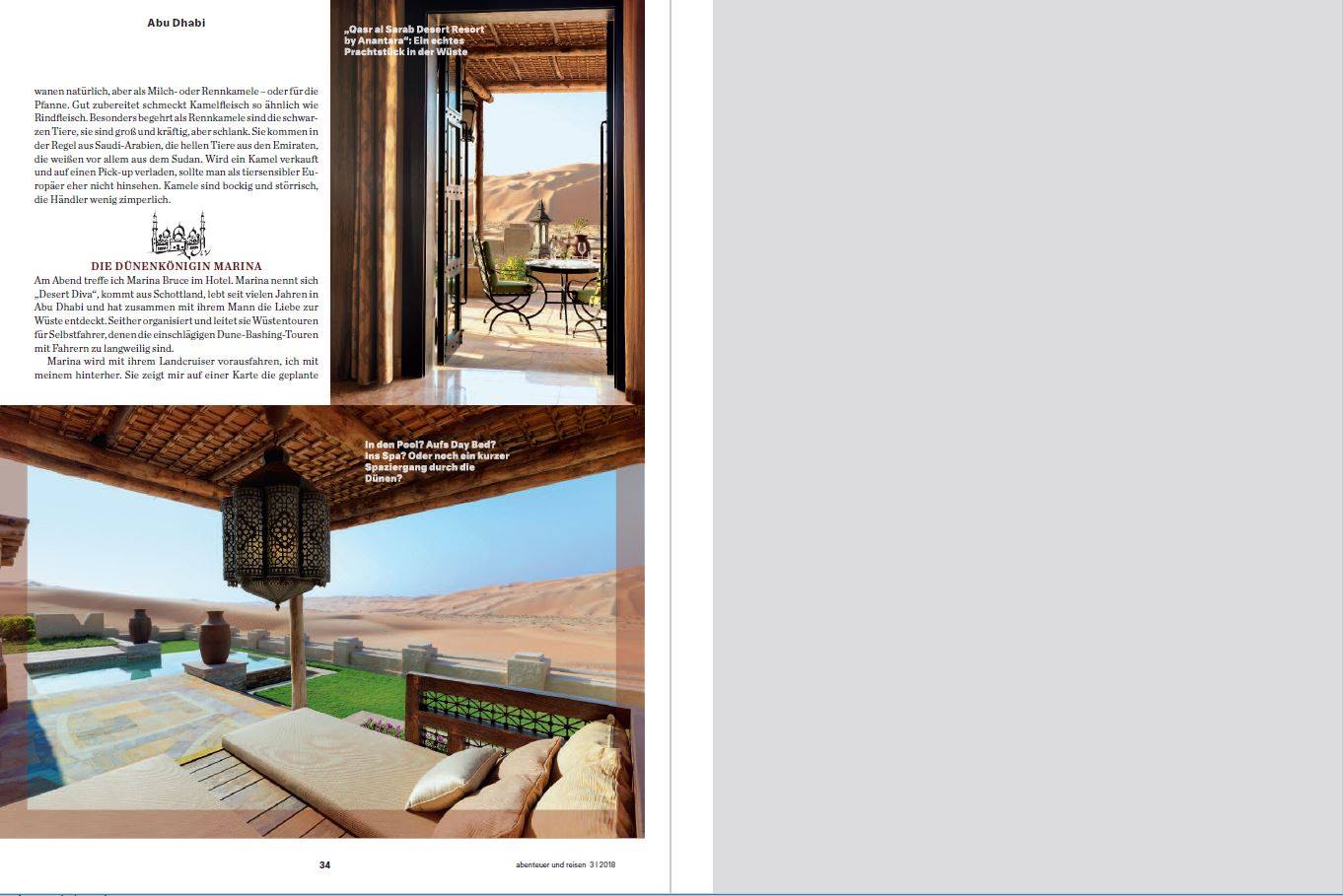 We were accommodated at the beautiful Qasr Al Sarab Resort – it was a tough job but somebody had to do it! 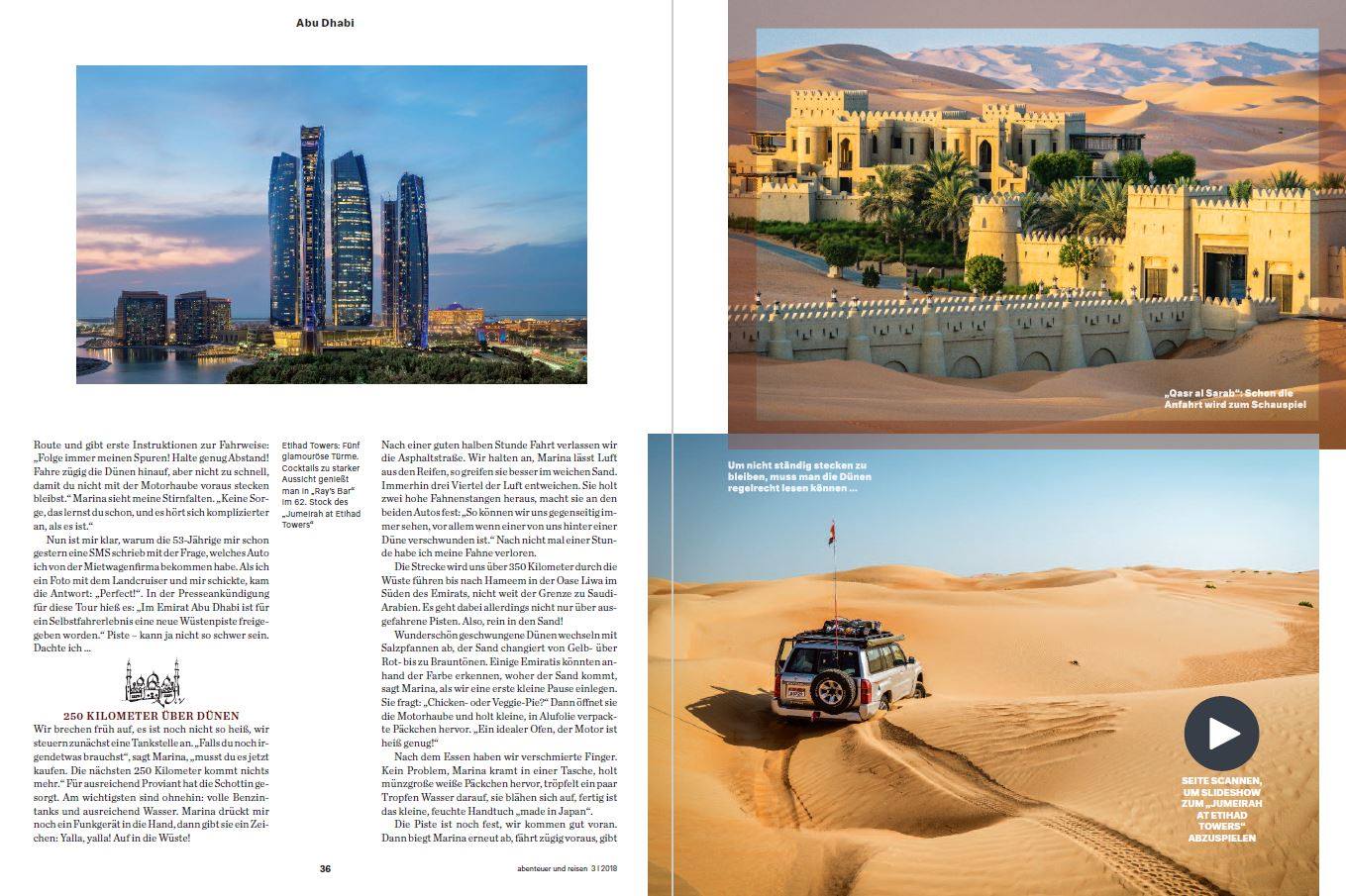 Now this WAS a stuck.  Quite early on our drive Lutz had said to me “so, it will be ok if I just tell my guests to hire a car and head into the desert on their own?”  I persuaded him otherwise, by both words and as you can see,actions.  On the second day after I got us both unstuck he said “ok, ok, you’ve convinced me, my readers should take a guide!”  I guess the photo above is to illustrate this point! 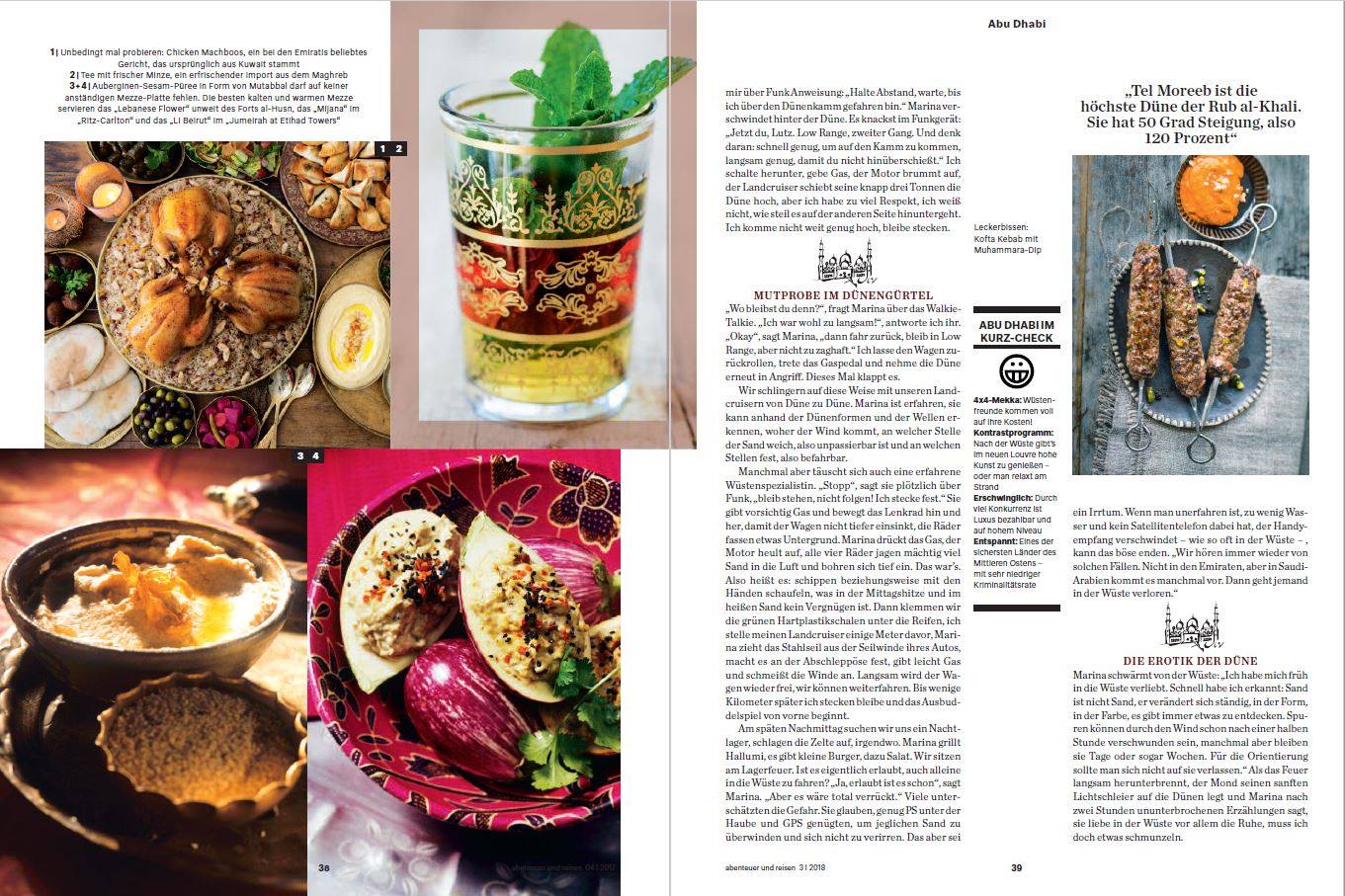 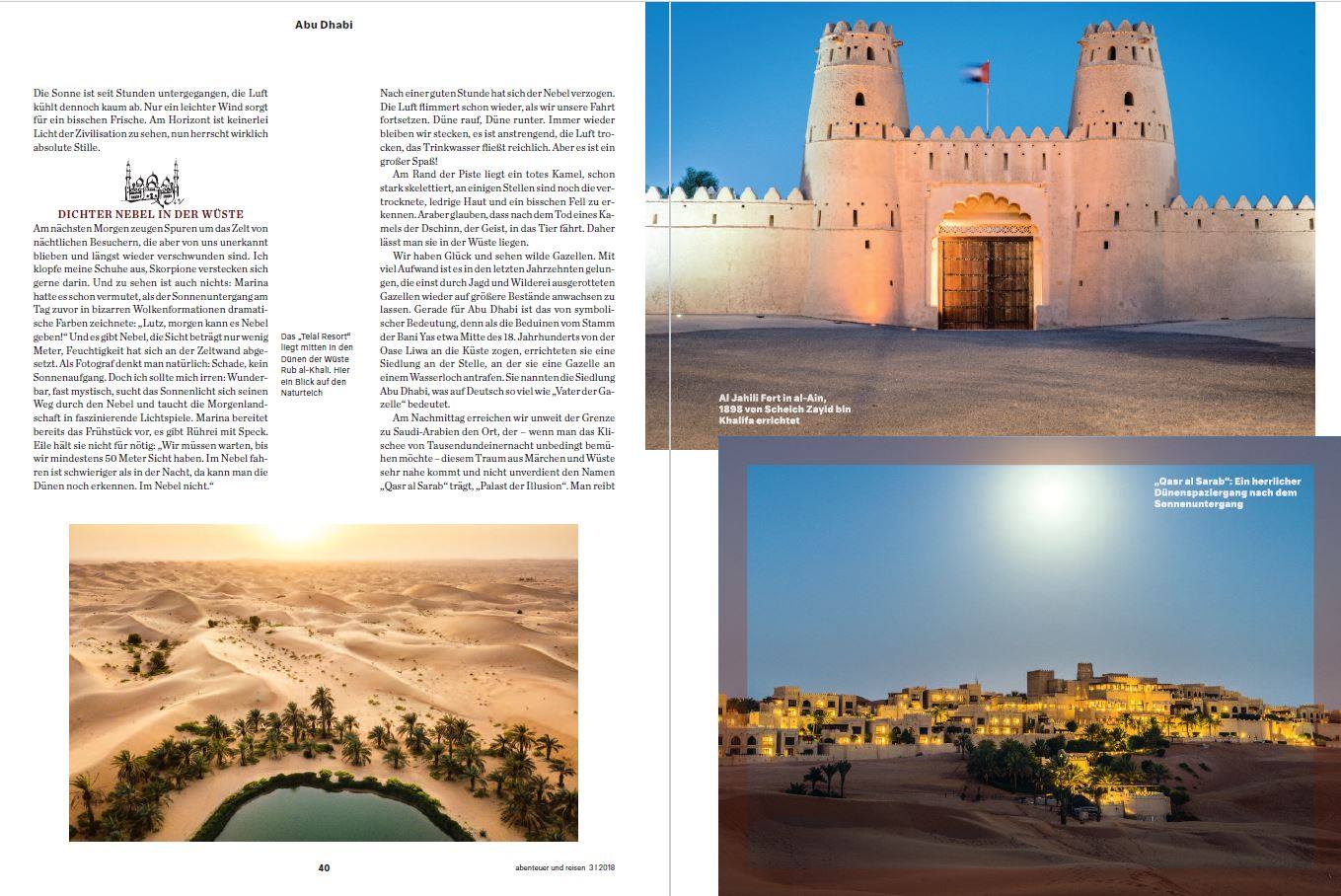 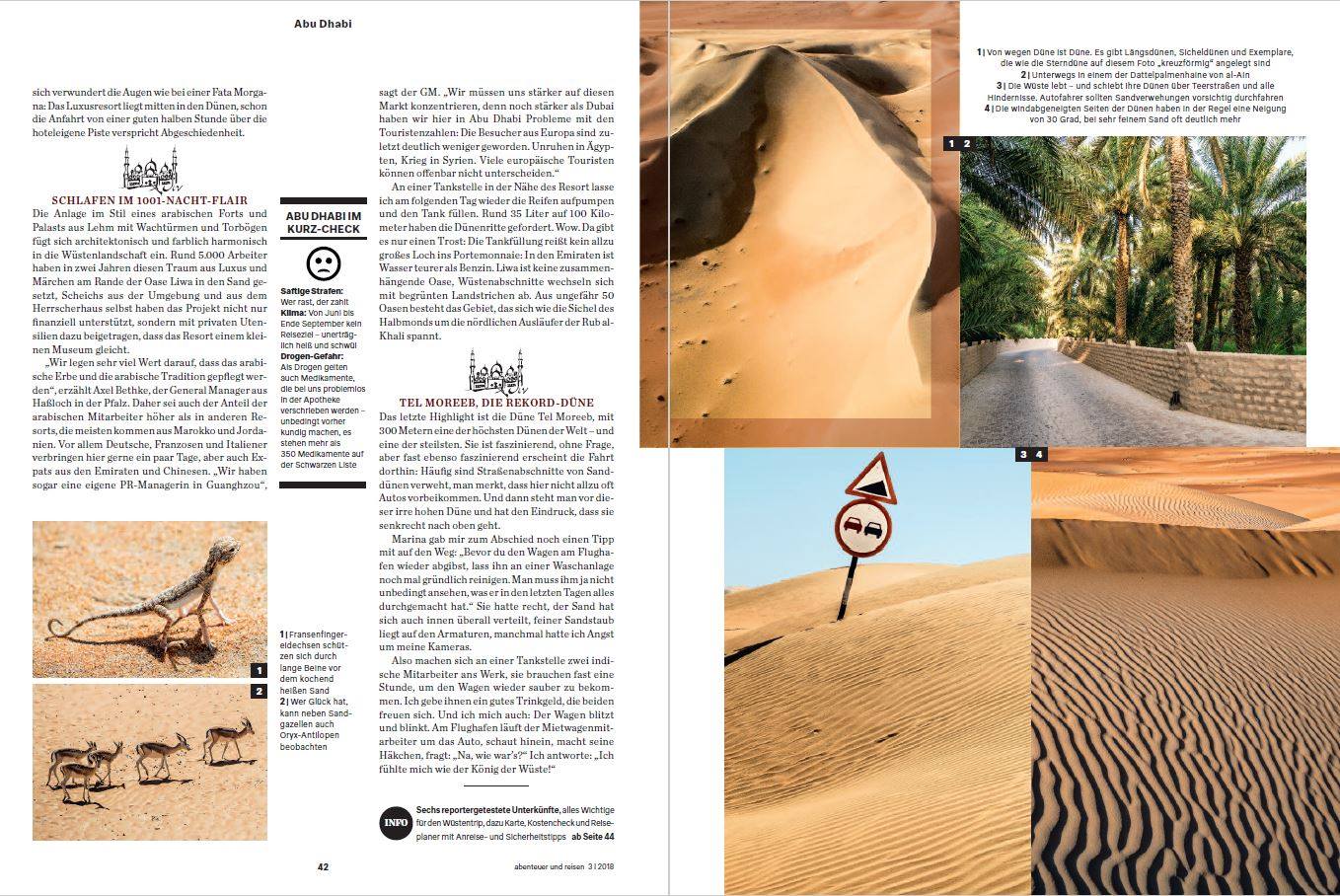 I am so glad that the little lizard has got his moment of fame!  I diverted to a gravelly area at the base of a dune in the hope of finding a dhaub; this wasn’t to be but this little lizard danced about and “worked” the camera!  We found the gazelle at a farm, eating the camels’ hay as the workers had their afternoon nap – the minute they saw us, the gazelle legged it! 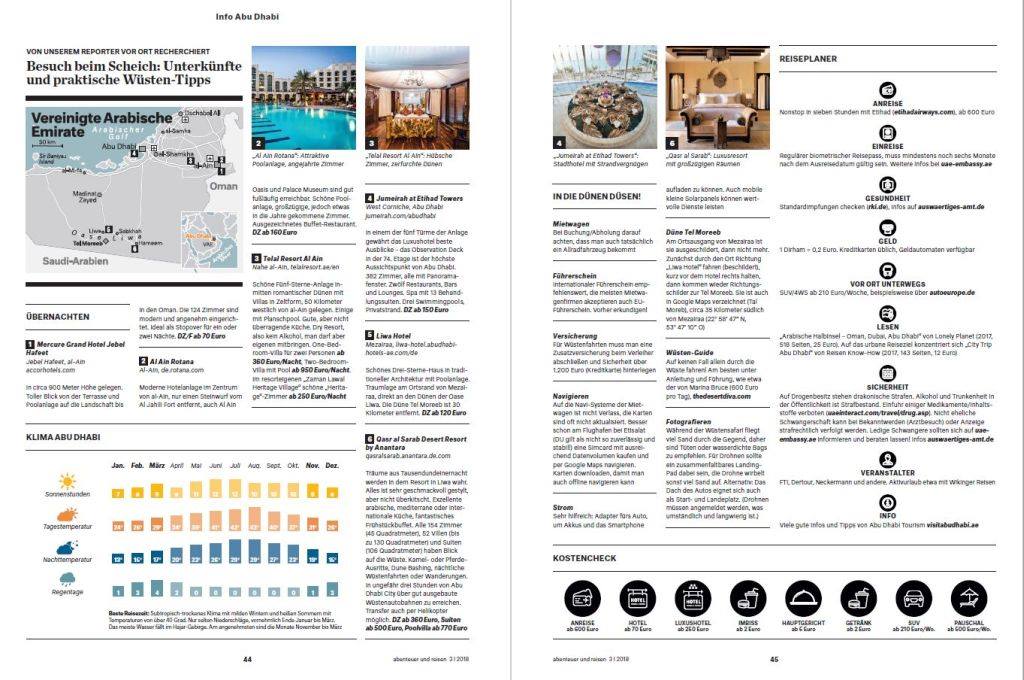 Now for a few of my photos – pretty poor efforts compared to the pro! 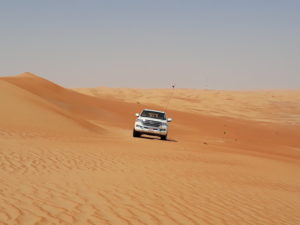 We saw a lot of sand during our 30 hour expedition 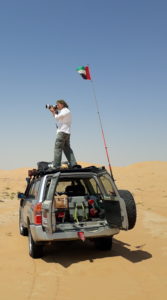 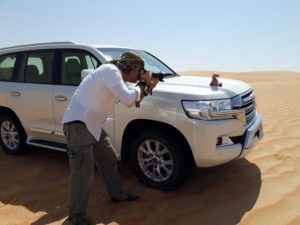 Cam the Camel on one of his first outings 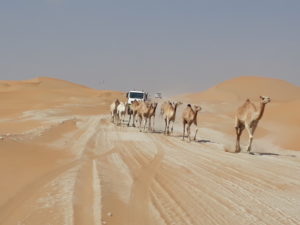 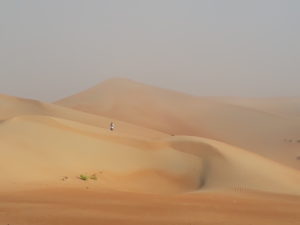 The internet is full of photos of desert sunrises, but there are not too many of early morning Liwa fog gradually unwrapping itself from the desert.  Like me, Lutz loved the way the sun’s rays gradually penetrated the mist. 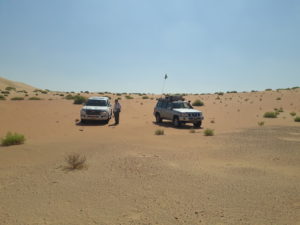 In search of lizards… 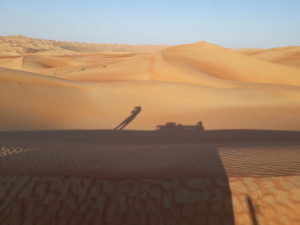 Making the most of the late afternoon light in the Rub Al Khali. 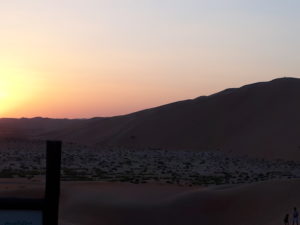 I don’t know if you can see a tiny person on top of the huge dune to the right of the photo.  This was Lutz, making the most of the afternoon light…. 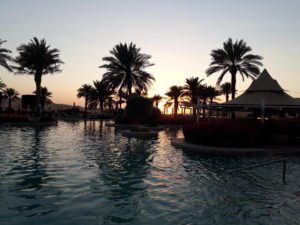 Meanwhile I also found the sunset from the swimming pool to be wonderful and far less work!

What an amazing tour to be part of.  Big thanks to Lutz for being a great driver, good humoured and fun to be with.