The Abu Dhabi Falcon Hospital is one of the top attractions in Abu Dhabi – Trip Advisor has it at #5 out of #112 things to do in Abu Dhabi, and if you visit you will appreciate why.

This is a unique and very interesting place to visit; where else could you get to watch whilst vets attend to falcons?  Our guide Hassan is affable, knowledgeable and multilingual (Arabic, English, German, French, Italian); his talk as he guides us through the complex is both entertaining and informative.

We start in the reception room which has posters, books and artefacts showing you the history of falconry in the UAE; we then move on to the treatment area where we watch as a falcon has it’s talons and beak trimmed; passing by the intensive care and theatre unit, we head out to see some beautiful falcons held in a massive semi-outdoor cage/room, stopping to see some owls before arriving at the conference area where we are offered complimentary refreshments.

The entry cost might seem pricey compared to most attractions here which are typically 15-50aed per visitor, however the tour is two hours long and the guides are excellent, so we considered it good value for money.

All tours should be booked in advance on their website or by calling +971 2 5755155. Tours are conducted at 10am and 2pm from Saturday to Thursday; closed Fridays.  The timings during the Holy month of Ramadan may vary.

Some interesting facts about falcons

#1  The falcon is the emblem of the UAE.  The emblem comprises a golden falcon with a disc in the centre, which is the UAE National Flag.  There are also seven stars round the disc, one for each Emirate (Abu Dhabi, Dubai, Sharjah, Ras Al Khaima, Fujairah, Umm al Quwain, Ajman). It’s talons are holding a red scroll which bears the name of the UAE in arabic.

#2  There are many different varieties of falcons worldwide, but the three most popular here are the saker, the peregrine and the gyr.

#3  Female falcons are larger than male, so they are mainly used for falconry since a falcon can carry two times (or more) its weight.

#4   In the wild falcons beaks and talons are naturally worn down by contact with stones and rocks, however those in captivity need a “manicure” every 2-3 months.

#7  There are two seasons in the falcon world – hunting, from September to March, and moulting, from April to August.

#8  Each falcon has a passport (no photo since they change appearance with every moult) which they need to fly on Etihad Airways, which allows each passengers to take at least two falcons into the passenger compartment!

#10  The peregrine falcon can fly at over 200kph on the horizontal and when diving can reach 300kph! 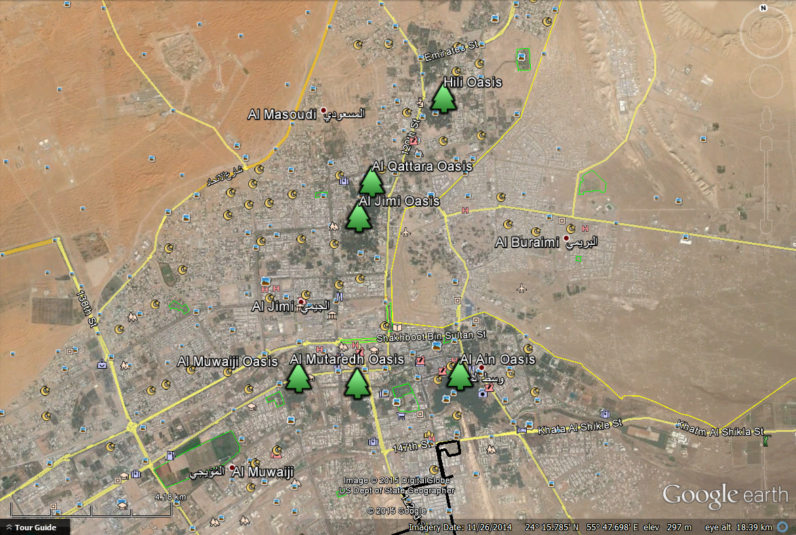 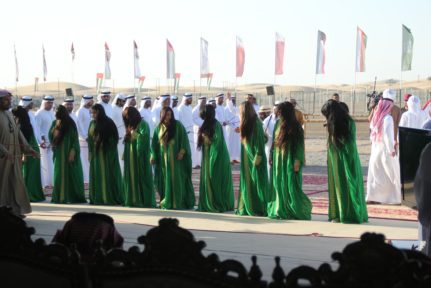 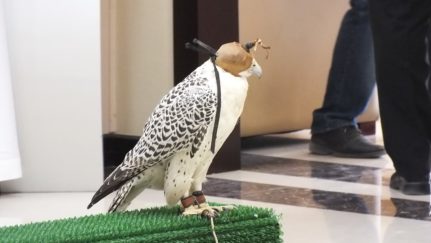 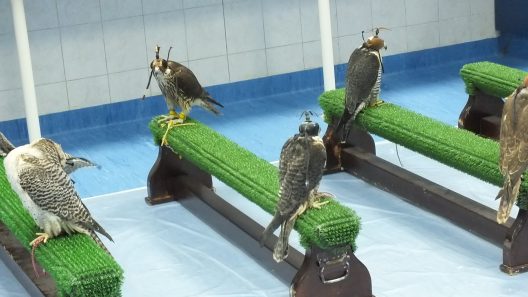 all lined up in the treatment room 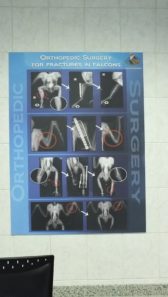 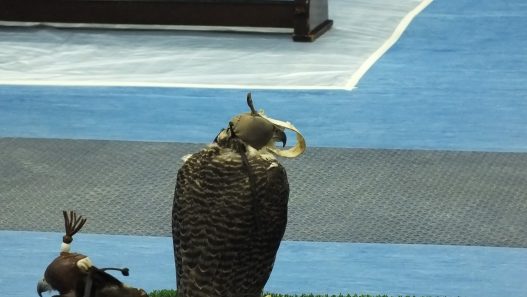 somebody’s beak is too long! 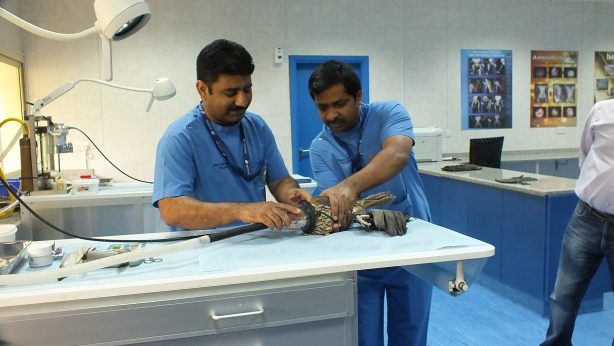 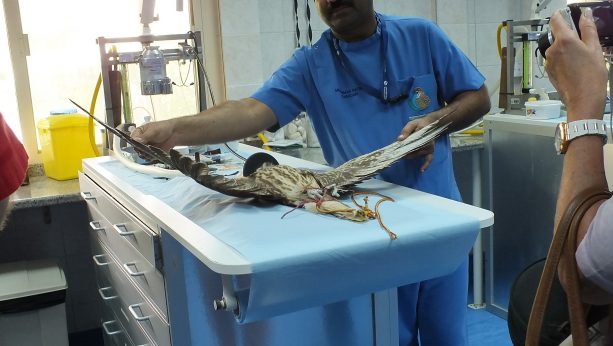 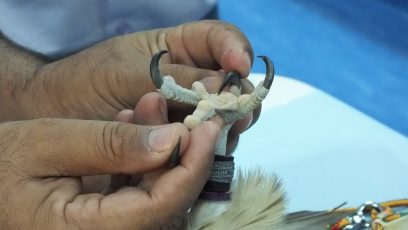 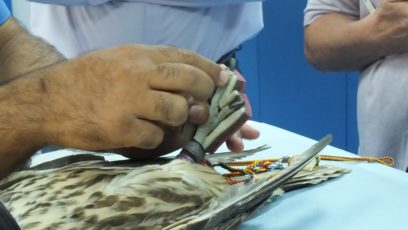 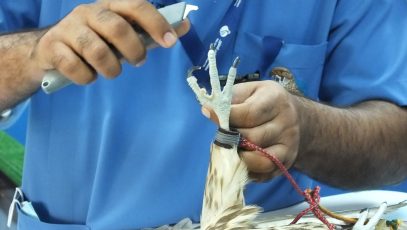 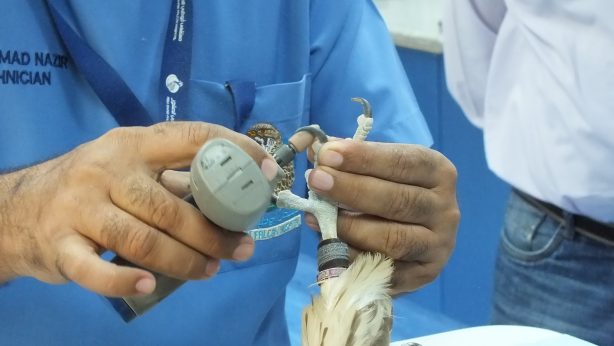 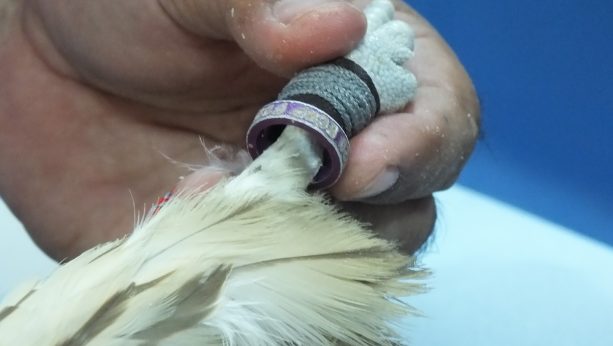 all captive falcons are ringed and chipped 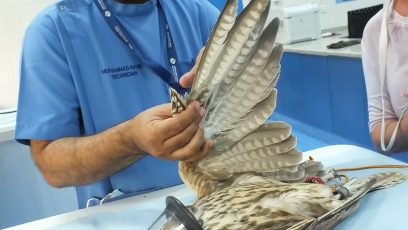 showing us new feathers growing in 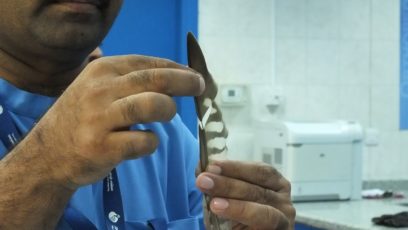 how to repair a damaged feather with a needle and glue 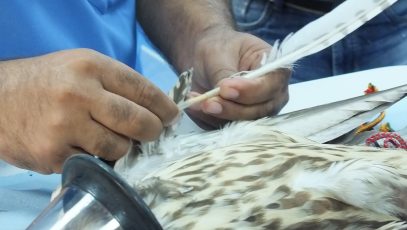 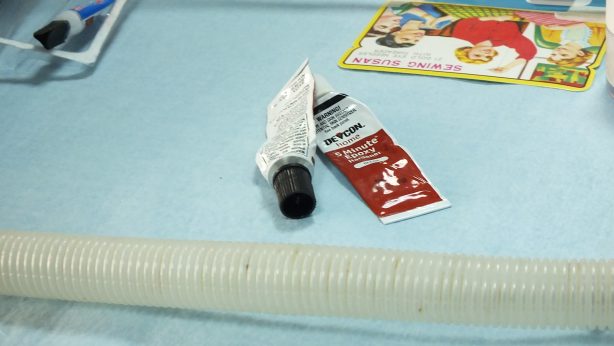 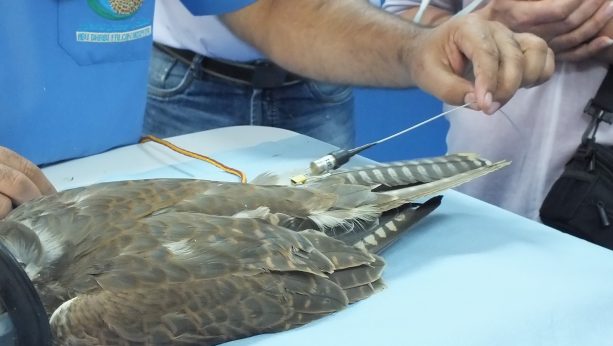 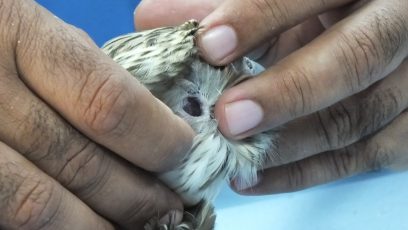 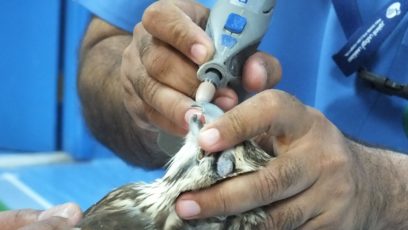 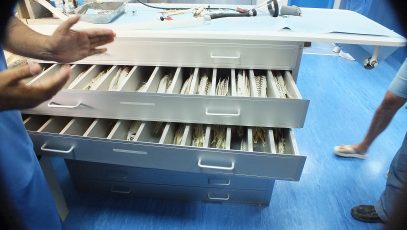 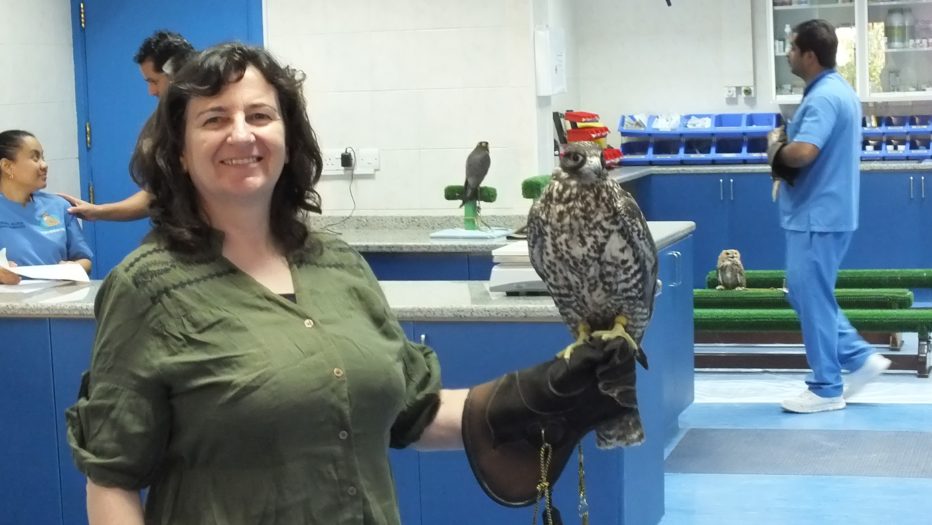 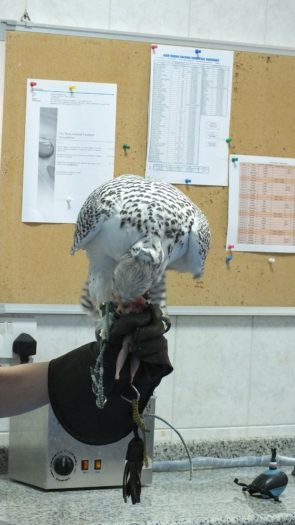 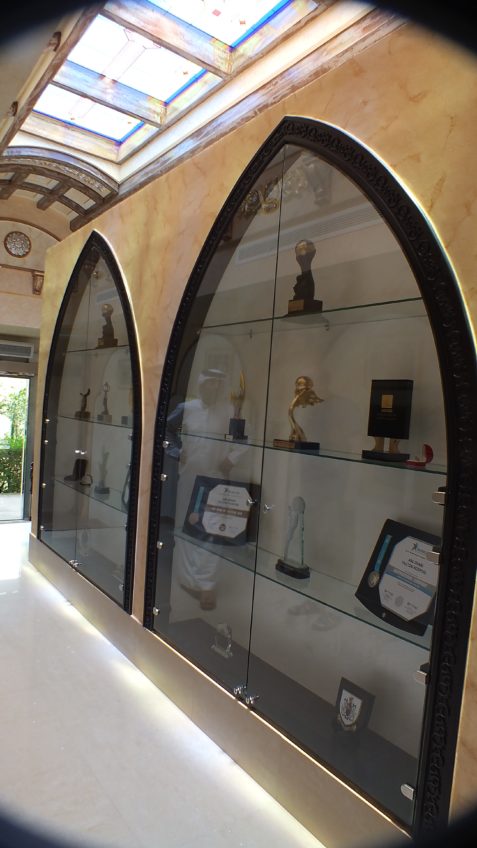 some of the many awards received by the Falcon Hospital 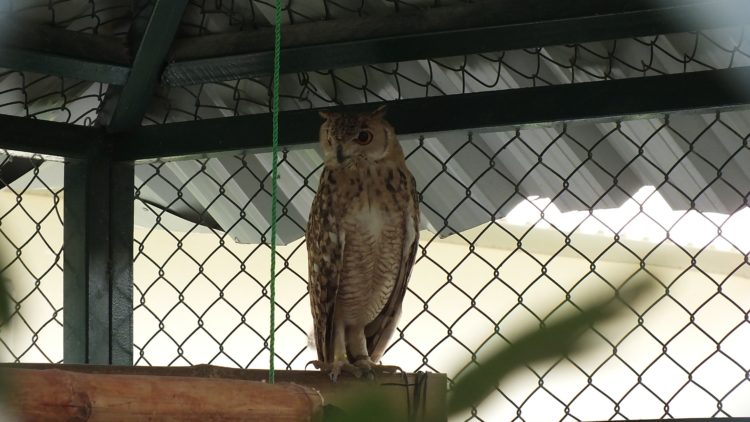 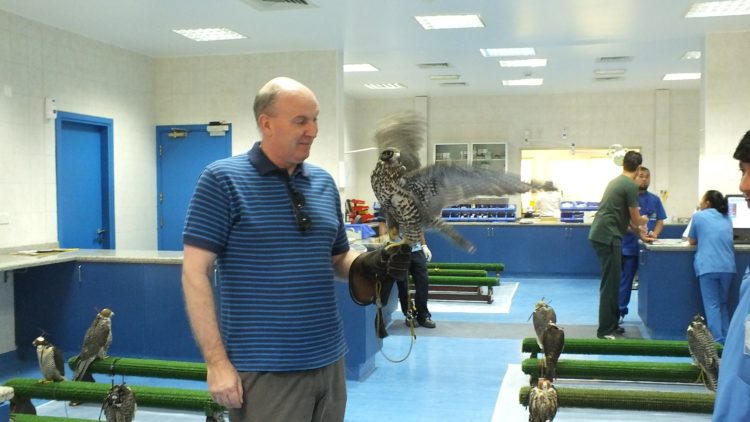 I highly recommend a visit to the Abu Dhabi Falcon Hospital – and if you can get here before the ADIHEX exhibition – held this year between 9th and 12th September – then you will get so much more out of the falcon section at the show!